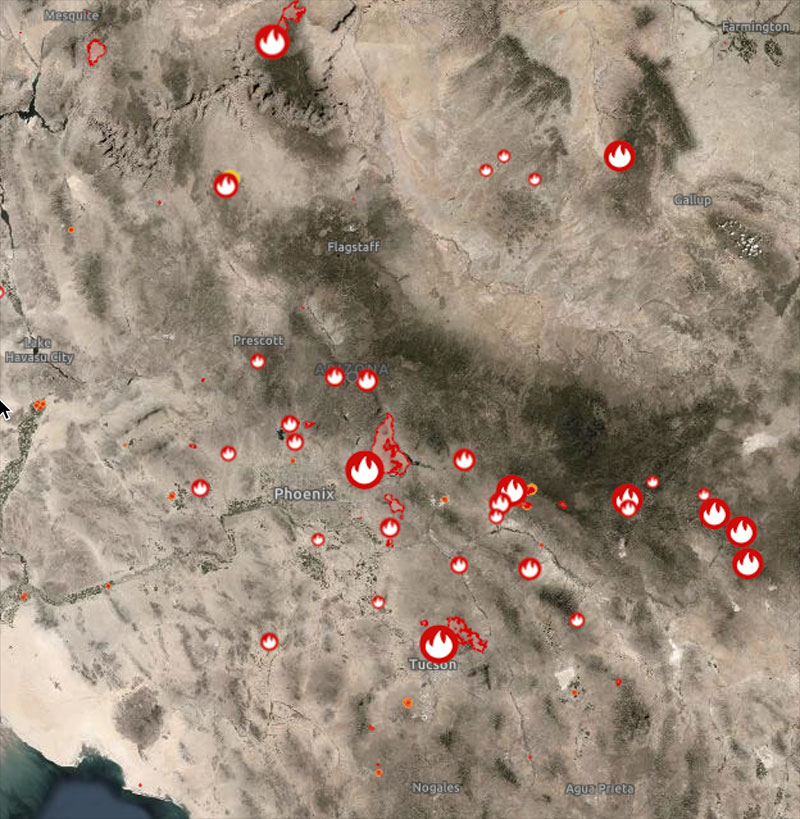 According to the InciWeb site, more than 15 significant fires have burned across across Arizona since May, totaling 486,337 acres. The good news is that many of the fires are largely contained at this time.

The Jackson Fire which has been burning since July 11, was caused by lightning. It is in a remote area with no ground access. It is at 2,143 acres today, with no listed containment. No historic cultural sites have been identified within the fires planning area. The Black Rock Road is closed at the San Carlos Apache Reservation boundary.

The Bringham Fire is in the Clifton Ranger District of the Apache-Sitgreaves National Forests, caused by lightning on July 10. The Bringham fire has decreased in complexity and has moderated to the point that command of the fire will be transferred to a Type 4 organization. It is 40% contained.

The Bighorn fire just north of near Tucson is at 89% containment, but it’s burned up to 120,000 acres since starting on last Friday, July 10. To facilitate firefighting, there are closures within the Coronado National Forest Santa Catalina Ranger District.

Two new fires that are smaller in size have been reported today, the Stockton and Camper Fires. Both are at less than an acre. 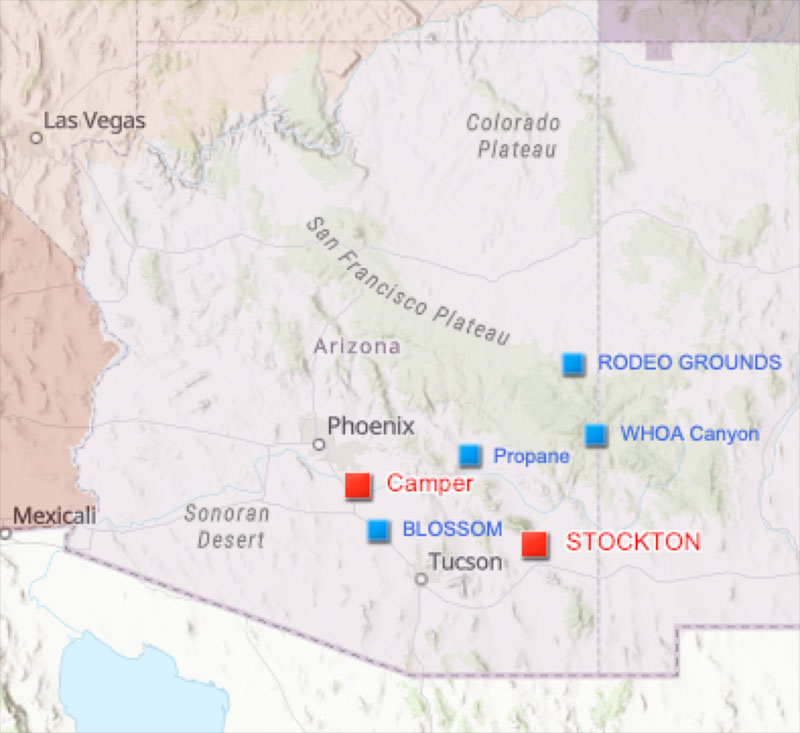