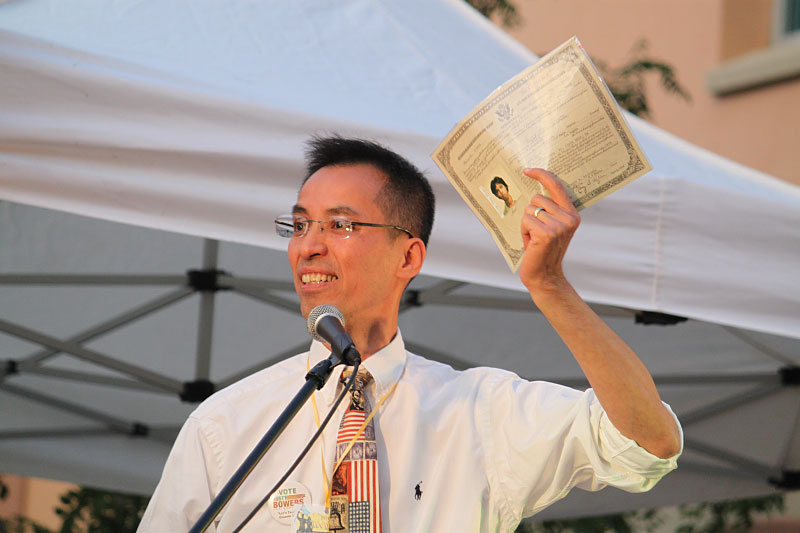 “This is very personal to me, as someone who has survived a communist war,” said Representative Nguyen.  “I have lost very close family members to the evil ideology of communism.  I know what it feels to lose a nation to communism and that’s why I do not want my fellow Arizonans to ever go through what I have.  It is up to us to ensure that future generations have an honest understanding of what communism truly is and the horrors it has produced for mankind.  Otherwise, it is likely to be repeated.  The victims and survivors of communism deserve to have their voice heard.”

Representative Nguyen’s proposed legislation will require the State Board of Education (SBE) to rewrite the state academic standards in social studies to include a comparative discussion of political ideologies that conflict with the principles of freedom and democracy essential to the founding principles of the United States.  The SBE would be required to work with a variety of external partners with expertise in civics and government structures.

“I believe in America and its cornerstone principles of liberty, freedom, and democracy,” said Majority Leader Toma.  “I also believe that we have a solemn obligation to prepare today’s students to be tomorrow’s leaders.  This legislation strengthens a student’s foundation in civic literacy and understanding of what makes our nation exceptional, and how it stands in stark contrast to dangerous ideologies, such as communism and totalitarianism, that would have our founding principles erased from history”

Quang Nguyen is a Republican member of the Arizona House of Representatives serving Legislative District 1, which includes Prescott, and portions of Yavapai and Maricopa Counties.  Follow him on Twitter at @QuangNguyenAZ.