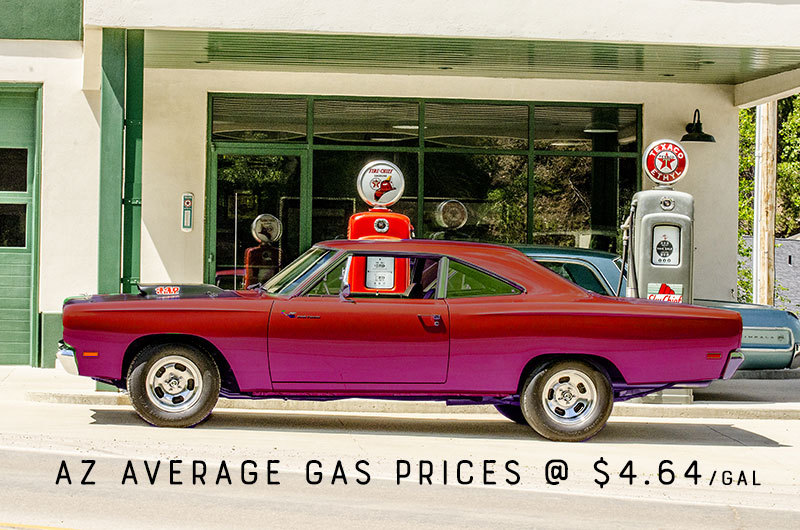 Oil prices are climbing, petroleum inventories are declining, diesel prices are at a record high.

Hold on to your wallets, prices aren’t going down

According to GasBuddy price reports, the cheapest station in Phoenix was priced at $4.35/g ($4.09 at QuikTrip on Greenway Road, actually) yesterday while the most expensive was $5.49/g (not sure where, but if you see it, find another gas station!), a difference of $1.14/g. The lowest price in the state yesterday was $3.97/g (Bullhead City) while the highest was $6.09/g (White Hills), a difference of $2.12/g. 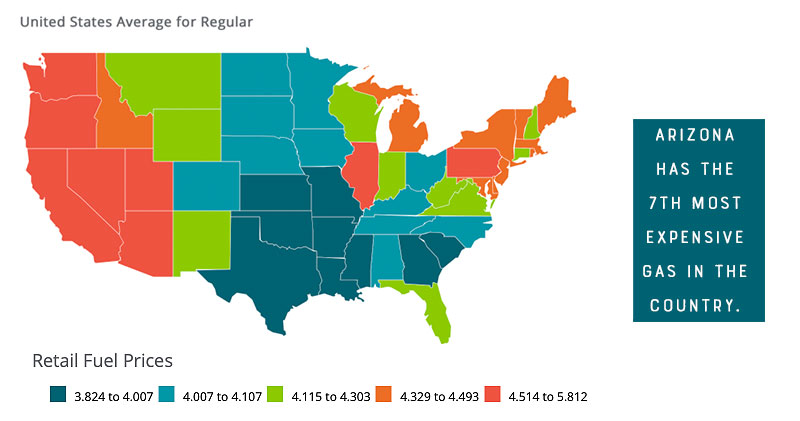 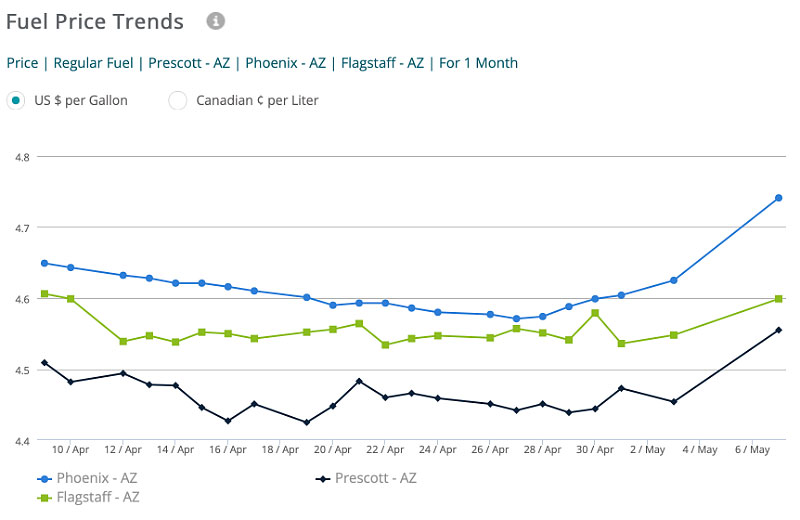 “Gasoline and diesel prices alike saw strong upward momentum last week as oil prices continued to climb after the EU signaled its desire to sanction Russian oil. In addition, U.S. petroleum inventories saw yet another weekly decline as we near the start of summer driving season," said Patrick De Haan, head of petroleum analysis at GasBuddy. "Not only are diesel prices at a record high, they are at their largest differential to gasoline on record, surpassing the 98-cent difference in 2008 and currently standing at a $1.20 per gallon premium. While motorists filling with gasoline have seen a slight rise in prices, diesel's surge will be a double whammy as diesel prices will soon be passed along to retail channels, further pushing up the cost of goods." 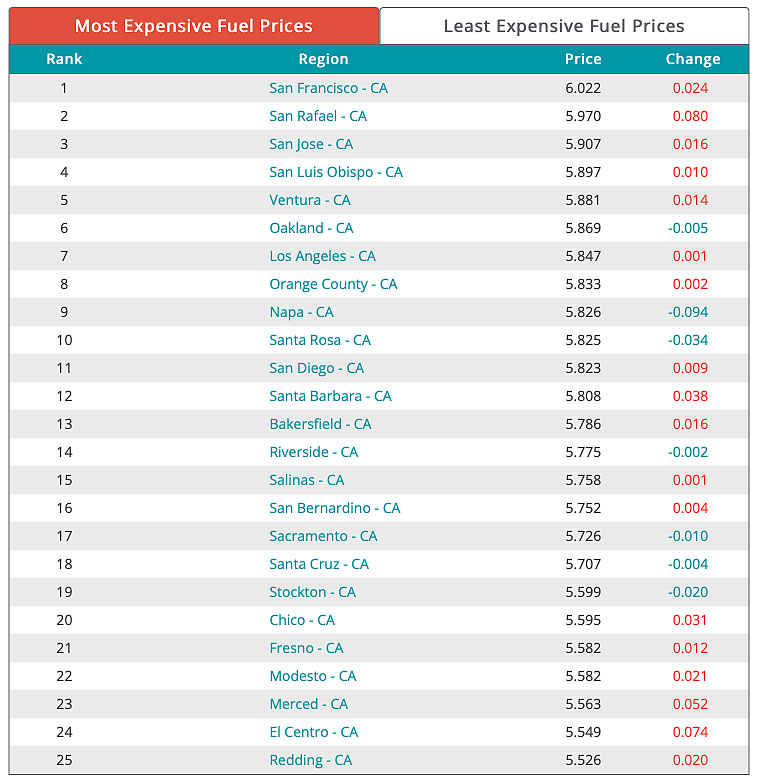