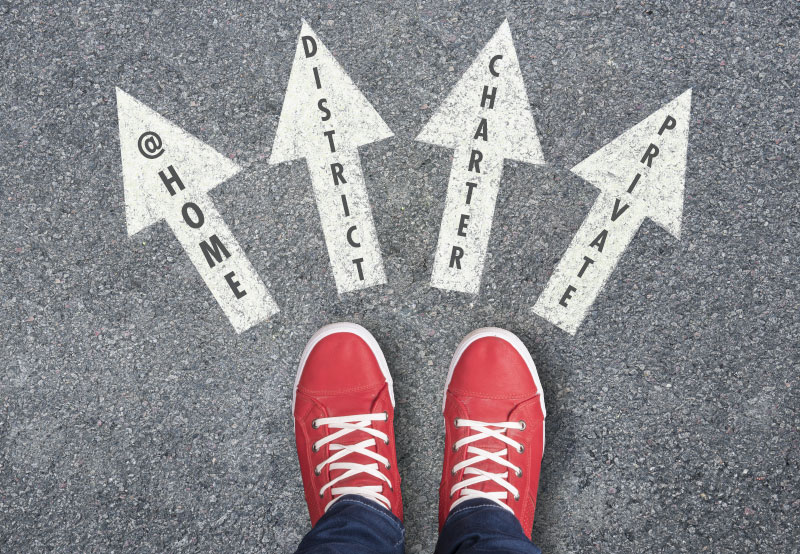 What legislative changes were made this year?

As Arizona students head back to school in the days ahead, classrooms and educators will be better equipped than ever before. Per pupil spending has never been higher, school safety continues to be a high priority and the state is embarking on a whole new era of school choice.

Under Governor Doug Ducey’s leadership, Arizona has demonstrated its commitment to providing the resources necessary to set our kids up for success. This year’s budget includes the most significant yearly increase for K-12 education funding in the last eight years – $1.3 billion. Since January 2015, the state has made an $11.8 billion cumulative investment in K-12 education.

It may not make the headlines, but per pupil funding in Arizona has increased every year for the past eight years.

But funding is only part of the story. Governor Ducey has embraced new approaches to K-12 education and has transformed our state into a laboratory of educational innovation. Exciting things are happening in Arizona and the rest of the country is paying attention.

Historic School Choice Expansion
Governor Ducey started this year’s legislative session by calling to “expand school choice in any way we can,” promising that if the legislature sent him the bills, he would sign them. Arizona went above and beyond that goal. Governor Ducey signed the most expansive school choice legislation in the nation this month. More than a million K-12 students will be afforded the opportunity to attend the educational setting that best fits their individual needs.

This historic expansion of Empowerment Scholarship Accounts (ESAs) will transform Arizona’s K-12 education system when it goes into effect in September.

The universal ESAs add to Arizona’s long list of education options strengthened under Governor Ducey’s leadership. Arizona has cemented its place as the top state for school choice, was labeled the “gold standard for educational choice” and was ranked the best state for parental choice by the Center for Education Reform.

Civics Education
The first bill Governor Ducey ever signed was the American Civics Act to ensure all Arizona students understand American civics by graduation. Since the 2015 bill signing, the governor has advocated for teaching important pieces of history in Arizona classrooms.

Building on that leadership, this year the governor worked with legislative partners to bolster the Arizona Civics Test, raising the passing rate and allowing students to take it earlier in their education. He also signed legislation ensuring Arizona kids have time at the beginning of each school day to observe a moment of silence. Arizona kids will also now learn about the September 11, 2001 terrorist attacks, a promise the governor made to work with educators and lawmakers to make it mandatory in Arizona’s schools.

School Facility Renewal
Governor Ducey and the Legislature know student success is rooted in an environment where kids can learn and thrive. This year’s budget includes $183.3 million to maintain school facilities through Building Renewal Grants – the single largest investment in building renewal in the history of the program. To meet a growing Arizona, the budget also funds new school construction.

These school facilities would be in addition to the 34 new schools that have been built since 2015.

School Safety
Feeling safe in school is paramount to our kids’ success. Arizona invested $50 million in ongoing funding to provide any Arizona school that requests a school resource officer the ability to fund that position.

The budget also strengthens the school safety interoperability program with a $20 million investment. The program provides funding to county sheriffs for the deployment of a secure, multimedia data communications system to ensure effective, real-time communications solutions between schools and public safety agencies in the event of an emergency.

Ultimately, this funding helps create a safer environment for Arizona students, something Governor Ducey has championed since increasing the baseline funding for the School Safety Grant Program in 2019. The last grant cycle led to the Arizona Department of Education approving 116 school resource officers, 148 counselors and 118 social workers.

To further close the achievement gap, this year’s budget includes funding to create a new Opportunity Weight for low-income families. These additional resources will equip schools to ensure all students are on a path to success.