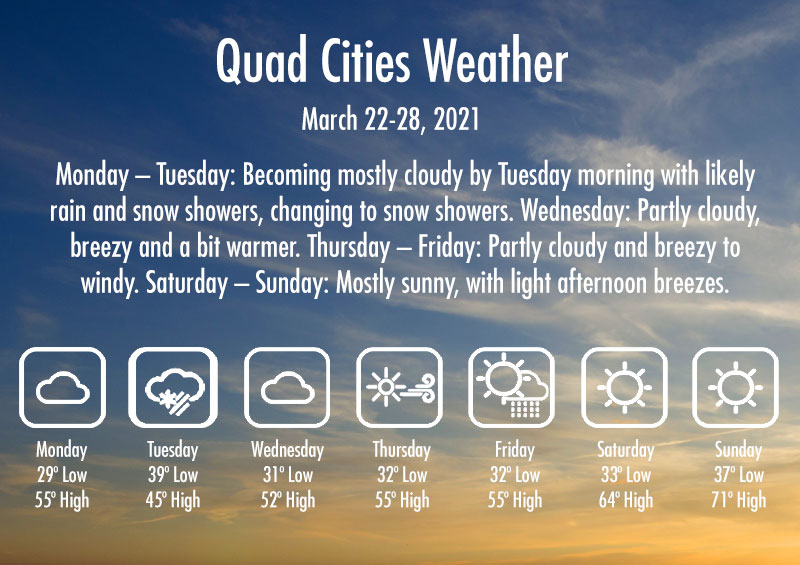 Whatever your weather, you’ll probably sample it this week.

Monday – Tuesday: Becoming mostly cloudy by Tuesday morning with likely rain and snow showers, changing to snow showers. Possibly up to an inch of wet snow accumulation at 5,000’ elevation, and 1”-2” accumulation above 6,000’. Embedded weak thundershowers are also possible with this system. Liquid water equivalent expected to be between 0.10” and 0.30” around the Prescott quad-city area. Breezy and much cooler, with highs dropping from the upper 50s on Monday into the mid 40s on Tuesday. 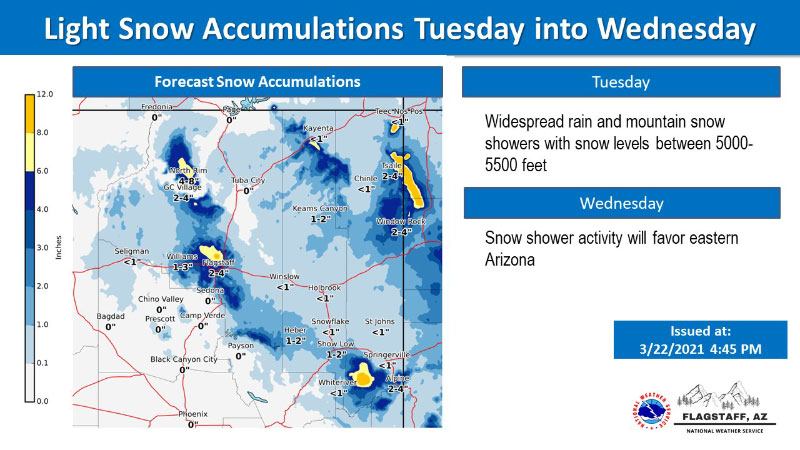 Wednesday: Partly cloudy, breezy and a bit warmer with perhaps a slight chance of rain showers or weak thundershowers. Lows in the lower 30s, and highs in the lower 50s.

Saturday – Sunday: Mostly sunny, with light afternoon breezes. Highs warming into the 60s or lower 70s and lows rising into the upper 30s by Sunday.

Several troughs are on tap to swing down across Arizona from the northwest this week. The first and strongest will move through tomorrow (Tuesday), with a good chance of rain showers/mixed with snow showers. Elevations above 6,000’ may receive 1”-2” of snow, with most of the Prescott area receiving between a trace to under 1” of snow. As the trough swings through, it will be associated with a surface cold front, dropping daytime by 10-15 degrees cooler than Monday. The atmosphere may become slightly unstable as the cold upper core of the trough swings through, for possibly some isolated weak thundershowers. A weak shortwave trough will swing across the state behind the main trough for some isolated lingering showers or thundershowers Wednesday, mainly over the eastern half of Arizona.

On Saturday – Sunday there is considerable disagreement in the computer model forecasts, but the most likely scenario is that high pressure will build over the West, with sunny skies, light breezes and a pronounced warming trend expected.