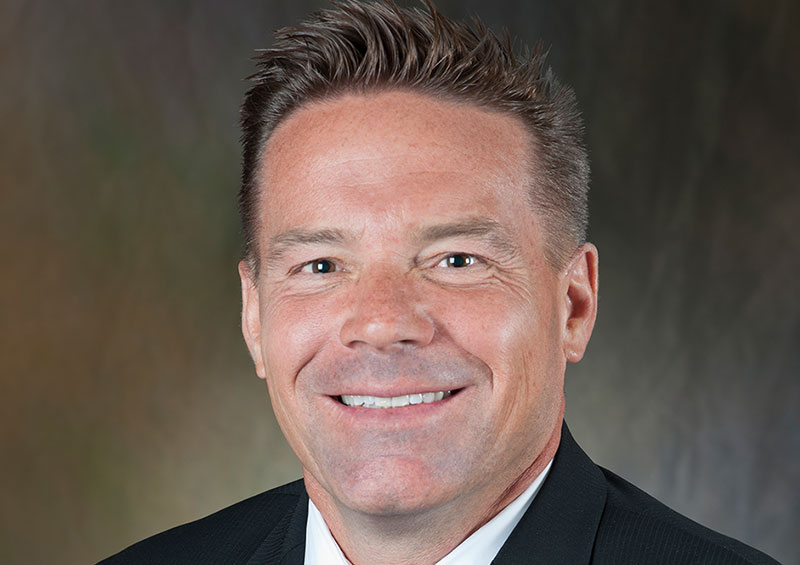 “My career in healthcare has been an amazing journey…"

Amos began his career as an occupational therapist in Vero Beach, Florida in 1989 before moving to the Prescott area in 1993 to pursue a leadership opportunity with Therapeak Rehabilitation Services. Amos began his career at YRMC in 1999 and has served in several leadership roles during his tenure, including Director of Physical Rehabilitation Services, Chief Operating Officer for YRMC’s East Campus in Prescott Valley, and President and Chief Executive Officer – a role he assumed in 2013.

Amos has been a member of the YRMC Executive Leadership Team for more than 18 years and has served as president for nine years. His vision and energy were instrumental in leading YRMC through the successful affiliation with Dignity Health in 2020.

During his tenure with YRMC, Amos has guided the organization through tremendous growth, including the opening of YRMC East in Prescott Valley, expanding facilities and services at YRMC West in Prescott, and securing land for future development of a north campus. In addition, Amos led the rapid growth of Yavapai Regional Medical Group, a multispecialty group practice with 26 locations, and was instrumental in launching North Central Arizona Accountable Care.

Aside from his administrative responsibilities, Amos serves on the Board for the Central Arizona Partnership (CAP), the Prescott Valley Economic Development Foundation (PVEDF), the Arizona Community Foundation of Yavapai County, and Chair for the Board of the Arizona Hospital and Healthcare Association (AzHHA). Amos is also active with the American College of Healthcare Executives (ACHE) and serves on several business and community advisory committees.

“My career in healthcare has been an amazing journey, and I am thankful for the friendships and opportunities I’ve developed through the years,” says Amos. “I’ve been blessed to lead and work with the talented healthcare family at YRMC and I will always value the accomplishments we achieved together to improve healthcare for our community. YRMC and the community are in good hands as I begin the next chapter of my life.”

A search for Amos’ successor is underway.