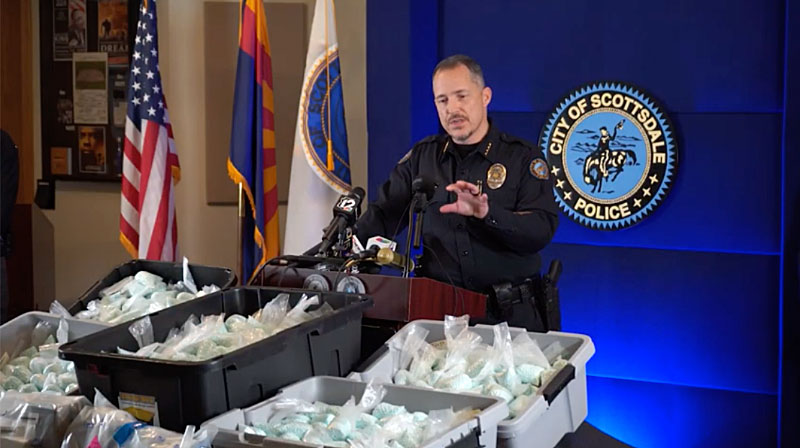 The Spike in Massive Drug Seizures has surpassed last year’s totals, and it’s only May.

PHOENIX – The Arizona Attorney General's Office (AGO) announces massive seizures of illegal drugs as the result of a major investigation by the AGO, DEA, and Tempe Police Department.

"Looking at the first quarter of 2022 -- January, February, and March -- we saw higher numbers of fentanyl pill and fentanyl powder and methamphetamine seizure than we had seen last year combined," said Theresa Rassas, Section Chief Counsel for the Drug & Racketeering Section of the AGO.

Another notable case the AGO is prosecuting involves a separate task force of agents from the DEA and Scottsdale Police Department, which hauled in 1.6 million fentanyl pills worth $9 million from a massive bust in December 2021.

The Drug & Racketeering Enforcement Section (DRG) of the AGO combats drug trafficking and money laundering organizations operating within Arizona.

In FY21, DRG had 686 open cases and resolved 265 of them. DRG cumulatively charged 220 defendants with felony offenses. In that same time period, total drug seizures brought in more than 2,000 pounds of methamphetamine and more than 2.2 million fentanyl pills.