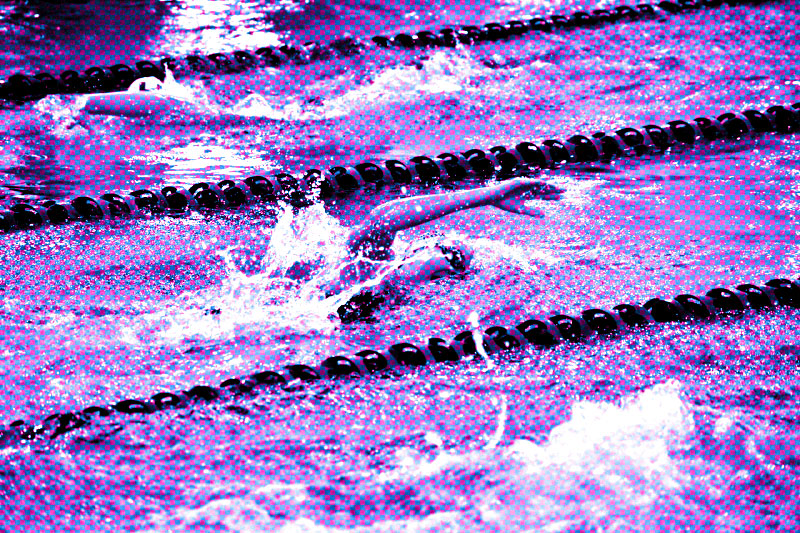 Do women have a voice?

LAS VEGAS — With the 50th anniversary of Title IX on June 23, 2022, the inaugural conference for the new Independent Council on Women’s Sports (ICONS) is being held publicly with free admission at the Ahern Hotel in Las Vegas from June 26 to 28, 2022. Doors open at 8:30 a.m. PDT. A special press conference will take place June 27 at 9:30 a.m. PDT.

ICONS is a fast-growing grassroots nonprofit of world-class athletes, parents, and a wide range of experts, doctors, lawyers, and activists at the forefront of advocacy for fairness in all women’s sports. One of the 35 high-profile speakers featured at the ICONS conference is Riley Gaines, a 12-time All American and four-time Southeastern Conference (SEC) Champion and record holder. In March, she tied for fifth place with transgender swimmer Lia Thomas during the 200-yard freestyle at the National Collegiate Athletic Association (NCAA) Championships. The NCAA gave Thomas the fifth-place trophy.

“I experienced firsthand competing against a transgender athlete, and I can confidently say the biological differences between males and females are evident and cannot be ignored when it comes to athletics,” says Gaines. “If biological males continue to be allowed to compete with females, fair competition and the integrity of women’s sports is a thing of the past.”

Gaines is among a growing pool of women and girls who are losing titles, trophies, scholarships and other accolades — as well as the original protections granted by Title IX — in the women’s sports fields they previously dominated. Additionally, the Biden Administration announced plans to overhaul Title IX with new draft rules that redefine “sex” to mean “gender” and “gender identity.”

It’s a growing issue that hasn’t gone unnoticed, with 18 states enacting laws to protect and save women’s sports for biological women. However, governing sports bodies, such as the NCAA, have yet to announce fair and protective measures for women athletes, says Marshi Smith, an NCAA Champion and co-founder of ICONS. Smith authored an open letter signed by 47 athletes and coaches, which was sent to the NCAA Board of Governors in March, asking, Do women have a voice? — with no response.

“My teammates and I have our pictures hanging in our university’s Hall of Fame,” says Smith, who received a full athletic scholarship and graduated from the University of Arizona, Tucson. “What’s worse than being told our voices don’t matter is not even being acknowledged with a response from the NCAA after it chose to sacrifice the opportunities of the next generation of women swimmers this season. We are inviting athletes across all sports to join ICONS in advocating for fairness and ensuring all governing sports bodies listen to the women they are meant to represent.”

Kim Jones, a Stanford All-American and Pac-10 Champion, joined Smith in launching ICONS after watching her own daughter’s defeat to a transgender competitor in women’s collegiate swimming earlier this year. “I saw previously empowered young women fade in strength and confidence as they were told their fair treatment does not matter,” says Jones. “I watched in dismay as young women athletes were gaslit, shamed, and told to seek counseling after pointing out the discrimination they faced as women.”

For numerous doctors and scientists also being dismissed and silenced on this issue, it is apparent “biology is not bigotry, but reality,” says Dr. Ross Tucker, PhD in Exercise Physiology and a consultant for World Rugby. Dr. Tucker, a featured ICONS speaker, notes that every longitudinal study conducted so far reveals that testosterone suppression has “minimal effects” on the biological attributes created by testosterone during development. He says, “male versus female biology is different ... males have advantages that range from 10% in speed and endurance, to 30% in power, and up to 50% in strength — particularly in the upper body. Research shows that the biology creating these differences persists even after testosterone is lowered.”

Another ICONS speaker, Dr. Emma Hilton, PhD and prize-winning Developmental Biologist at the University of Manchester (UK), says there is no scientific evidence that the current “fix” of lowering testosterone as an adult creates fairness for female athletes. “Plenty of scientific evidence shows that you cannot unbuild a male body,” says Dr. Hilton. “Fairness is what gives sports competitions meaning. Without it, female athletes are being forced to compete on an unlevel playing field, or even relegated to watching from the sidelines.”

Activists from the LGBTQ+ community also acknowledge clear delineations between the bodily strength and abilities of biological men and women. “You cannot take that male advantage away no matter what you do; we have categories in sports for a reason and this is the reason,” says Martina Navratilova, an internationally known LGBTQ+ rights activist and multi-champion tennis player, including 18 Grand Slam Singles Titles and 31 Grand Slam Doubles Titles. “It is essential that girls and women have a governing sports body that represents them, presents the science, presents the evidence, and is able to speak out without repercussions.”

Most recently, FINA, the world governing body for aquatic sports, voted to restrict transgender athletes from competing in elite women’s competitions. Marshi Smith says it’s a step in the right direction, but for ICONS, its mission is clear: To achieve a fair playing field across all women’s sports, and defend the original intent of Title IX by expanding, empowering, and protecting women’s sports and female athletes of the past, present, and future.

Olympian Benita Fitzgerald Mosley says her achievements would have been “unlikely without Title IX,” and she is “eternally grateful for this law and the doors it opened up.” Mosley, a featured ICONS speaker, is the first American and Black woman to win a gold medal in the 100-meter hurdles. “To win an Olympic gold medal at the 1984 Games [in Los Angeles] ... was a hugely proud moment for me, and to do so on a level playing field was even better. My whole career and all of the opportunities I have experienced as an athlete, and, quite frankly, as a professional, have been the result of my participation in sports.”

ICONS continues to build its network and develop the resources women need to help shape decisions affecting their sports. You can learn more and join this global movement for fairness in women’s sports by visiting www.iconswomen.com  A conference livestream and agenda will be available on the ICONS website, as well as its Facebook, Instagram, Twitter and YouTube page (all social handles are @icons_women).  For questions or more information, please contact This email address is being protected from spambots. You need JavaScript enabled to view it..

Athletes, experts, and women’s organizations to be featured at the ICONS conference include:

Dr. Emma Hilton: Prize-winning Developmental Biologist at the University of Manchester (UK) with expertise in the biology of sex and sports, Director of Sex Matters human rights group, published Transgender Women in the Female Category of Sport: Perspectives on Testosterone Suppression and Performance Advantage