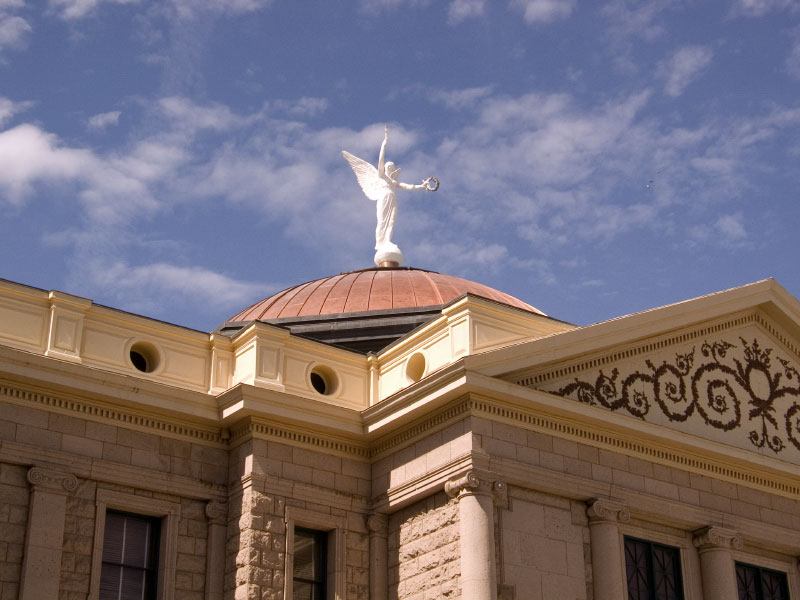 PHOENIX – Attorney General Mark Brnovich announced that his office (AGO) determined the Maricopa County Board of Supervisors (MCBOS) is in violation of state law for failing to comply with the Arizona Senate’s legislative subpoena related to the 2020 election audit. If MCBOS does not change course, the AGO will notify the Arizona Treasurer to withhold Maricopa County’s state-shared funds as required under the law.

"We are notifying the Maricopa County Board of Supervisors that it must fully comply with the Senate’s subpoena as required by the law,” said Attorney General Mark Brnovich. “Our courts have spoken. The rule of law must be followed."

Today’s decision stems from a “SB 1487” complaint filed by Senator Sonny Borrelli under A.R.S. § 41-194.01, which authorizes any legislator to request the Attorney General investigate a county or city alleged to be in violation of state law. On July 26, 2021, Arizona Senate President Karen Fann and Senator Warren Petersen (Senators) issued a subpoena to MCBOS related to the Senate’s audit of the 2020 election. The Senators requested six categories of items for production by August 2, 2021, including routers and network logs.

MCBOS objected to the requested information, and to date, has not provided all of the subpoenaed materials. Moreover, in its response to the AGO, MCBOS failed to explain why it is not required to comply with the legislative subpoena. Its only response was that the Arizona Senate is not currently in session, so MCBOS could not be held in contempt.

If MCBOS fails to resolve the violation within 30 days, the AGO, in accordance with state law, will notify the Arizona Treasurer to withhold state revenue from Maricopa County until MCBOS complies. More information on “SB 1487” investigations can be found here.

The Maricopa County Superior Court previously affirmed that the Senate has the power to issue legislative subpoenas related to election reform and has broad discretion to determine what additional information is needed.

When MCBOS refused to comply earlier this year, the Court ruled the subpoenas did not violate the separation of powers principles, and producing subpoenaed materials would not violate confidentiality. The majority of MCBOS publicly welcomed that decision after it came out and chose not to appeal (More here). The legal principles announced in that decision are no less persuasive or binding today.

The Arizona Audit of the 2020 election is still underway. At this time, the AGO has not received any official report related to the Senate’s audit, but stands ready to review the official findings and any information submitted after a final report is completed by the Senate.