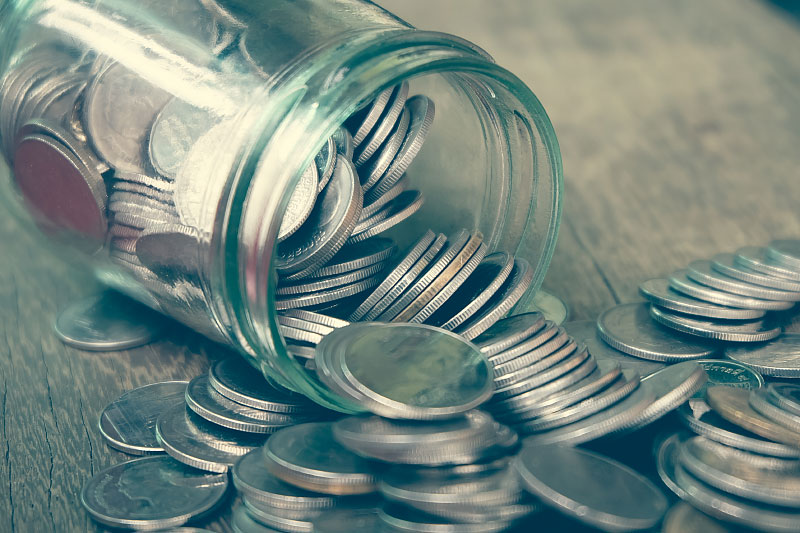 Gosar updates his constituents on what has been done in Congress

This past week and more than five months into the fiscal year, the House and Senate passed a 2,730 page, massive $1.5 trillion dollar spending package to fund the government for 2022.  I voted against this crap-sandwich and let me explain why.

For one reason, the pork-ridden legislation was written behind closed doors and delivered to Congress for consideration at 1:30 AM in the morning.   Remember your mom telling you that nothing good happens after midnight?  She was right.

This spending bill was 2,730 pages of nonsense, legalese and bureaucratic double speak.  At least Tolstoy told a story.

That’s right, in the dead of the night and hoping Americans would not notice or give a damn, politicians in Washington, D.C. thought it best to give members of congress less than a day to read a bill that would increase spending by 7%!

You can read my entire statement here but let me just highlight some of most egregious aspects.

First, let’s stop playing games and just be honest with the American people and admit that literally not one single member of congress read through the entirety of this enormous legislation before voting for it.  There were no hearings, no markups and no robust debates.  There were no amendments allowed.  This was exceptionally poor process and Americans deserve better.

And how is this omnibus being paid for? By financing it with more deficit spending, the way Washington always pays for its runaway spending.

But the madness doesn’t stop there.  The legislation also includes funds for the murderous Planned Parenthood.  The bill subsidizes the Biden administration’s radical green energy policies and increases the annual budget for the Internal Revenue Service by a whopping $12.6 billion just so they can further harass taxpayers.

Look, the last thing we need are more IRS agents hounding families. But former Vice-President Biden and his crew are hell-bent on attacking taxpayers.

Folks, this is absolute lunacy.  Congress is addicted to spending.  Rather than add to our $30 trillion national debt and advancing Leftist policies, Congress should be looking at ways to reduce spending.

Bottom line:  There are programs in the Omnibus bill I like, and I support, and I will fight for.  But no responsible representative, state or federal, can vote yes on a bill that no one has read, spends vast sums of money, and over which no debate or discussion was allowed.   This secret back door middle of the night crap has to end and I will vote NO every time the swamp creatures pull this nonsense. 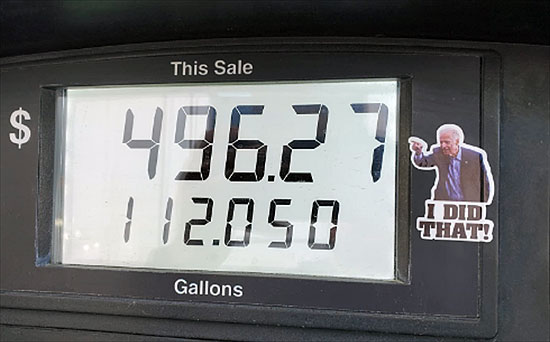 Also, this week, Congress voted to suspend energy imports from Russia after Joe Biden earlier announced that he would be suspending oil and gas imports from Russia. The fact is, Republicans in Congress got played by going along with Biden.  I was one of only 17 members of Congress to vote against this hastily drafted legislation.

And let me explain why I did.

First, let’s start with a bit of truth that Mr. Biden has been running from, shall we?  Biden likes to blame Putin for the high cost of gasoline. That’s a bunch of malarkey.  Joe Biden’s war on American energy independence created this energy crisis, has jeopardized our national security, and is now fueling Putin's war on Ukraine.  He owns it.

Biden’s first executive orders in January 2021 stopped oil and gas exploration in the Gulf, in Alaska and shut some fracking and two necessary pipelines.   That started the price increases due to expected shortages.

Remember in 2020 when Mr. Biden had this to say: “No more subsidies for the fossil fuel industry. No more drilling, including offshore.  No ability for the oil industry to continue to drill.  It ends.” He wasn’t kidding.

And in case anyone reading this has forgotten, gas prices went from $2.33 the last month Trump  (blessed be him) was president in January 2021 to $3.90 in February 2022 before Russia invaded Ukraine.

Stop the lies.  Mr. Biden’s anti-energy agenda, not Mr. Putin, caused gasoline to skyrocket across America. I will not provide Joe Biden political cover for his terrible decisions over the past year that have led to these record high gasoline prices.

Climate activists are celebrating. They don’t mind gas costing $7 bucks for a gallon.

One leftist late night show comedian said he was ok if we all paid $15 a gallon.  Of course, like other rich liberals, he makes $10 million a year.

Now Biden says Putin is responsible and my colleagues in Congress went along with it.  So now we are going to give more money to Venezuela and Iran. And Congress and Joe Biden call that a victory.

Here’s a pro tip: it’s not good enough to ban Russian oil and gas if we are not going to open up American oil and gas.

Joe Biden needs to end his freeze on all new oil and gas projects, approve pipelines and energy development and stop harming Americans.

I voted against this mess.

Also, this week, I introduced the No Gun Lists Act, legislation endorsed by Gun Owners of America, that would require the ATF to immediately eliminate their illegal firearm record repository system, prohibit the relisting of records, and allow gun owners to sue the ATF for damages and injunctive relief

In its latest attempt to keep track of all law-abiding gun-owners and implement its unconstitutional gun control agenda, the Biden administration has ordered the Bureau of Alcohol, Tobacco, Firearms and Explosives (ATF) create a gun owner database of almost a billion searchable records, prohibited by current federal law.  In just the past year, the ATF has stockpiled the records of over 54 million legal gun owners according to troubling document first reported by the Washington Free Beacon.

Click here to learn more about this legislation and read my entire statement.

Bidenflation Continues to Spiral Out of Control 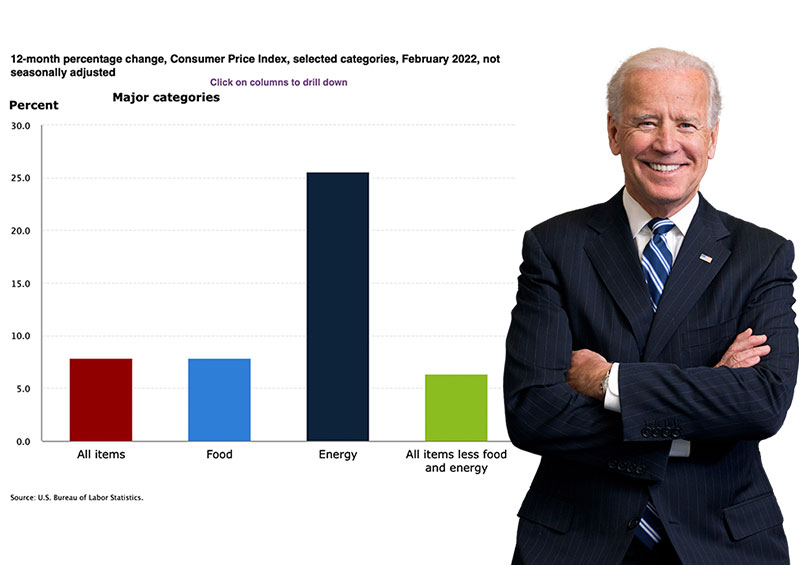 This week, the Department of Labor showed that inflation soared to 7.9%, the highest in four decades.  Joe Biden’s response: Putin did it!

Inflation was just 1.4% in January 2021, the last month President Trump was in office.  Now, because of Biden’s reckless, irresponsible multi-trillion dollar spending increases and anti-growth policies, inflation has risen every month since Biden has been in office.

Here’s something that should comfort everyone: Treasury Secretary Yellen told CNBC on Friday that “we’re likely to see another year in which 12-month inflation numbers remain uncomfortably high.”

Inflation is a hidden tax on everyone.  Current inflation costs the average American household $3600 a year, according to a report by Moody’s Analytics.  It pains me to say this, but it is only going to get worse.

Rolling out our latest effort to preserve and enhance #2A with the No Registry Rights Act to stop the useless ATF from keeping a gun ownership list. Thx to ⁦@RepCloudTX⁩ ⁦@laurenboebert⁩ and the 2A Caucus ⁦@GunOwners⁩ ⁦@NRA⁩ ⁦@RepMattGaetz⁩ pic.twitter.com/KC76XQ5pVB