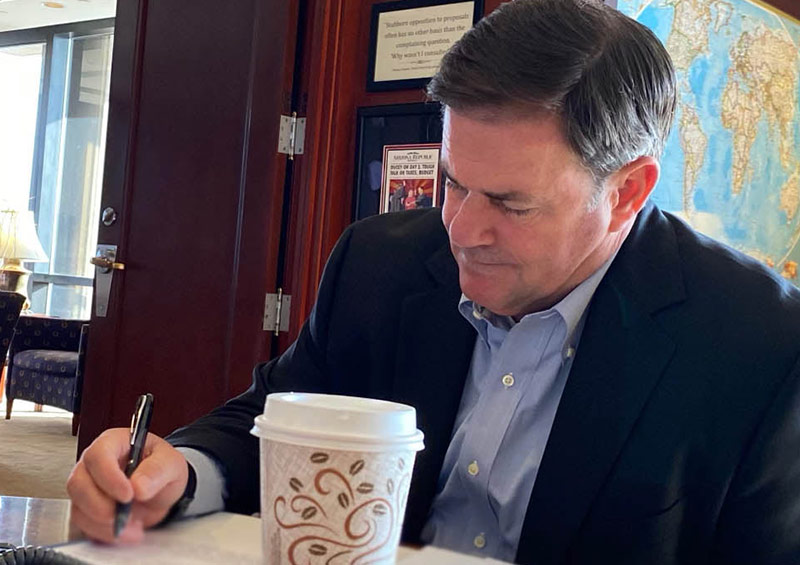 “We have a real responsibility to equip the leaders of tomorrow with knowledge of our nation’s founding principles,” Governor Ducey said. “Those timeless principles have inspired and guided us for 246 years, and this legislation helps ensure they continue to do so as we continue our unending journey to form a more perfect union.”

Sponsored by Rep. Quang Nguyen of Prescott Valley, HB 2632 pushes the Arizona Civics Test passing score up from 60 to 70 percent, allows students to take the test as early as middle school and requires test score data to be made publicly available online.

“It is up to us to ensure that future generations have an understanding of our government, history and principles,” said Rep. Nguyen. “There are far too many Americans who aren’t equipped with this vital information to make decisions. We must have an appreciation of our federal structure, separation of powers and fundamental respect for natural rights. Thank you to Governor Ducey for signing this legislation to help the next generation have a strong and necessary civics education.”

The enhancements to the test will begin with the graduating class of 2026. 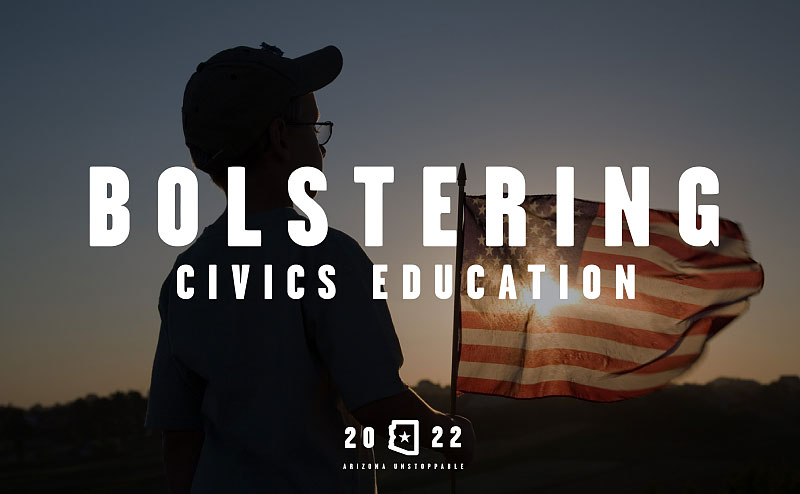 The signing of HB 2632 comes a day after the Governor signed a bill establishing the Arizona America250 Commission, which will plan a celebration for the United States’ 250th anniversary and strengthen teachings of our nation’s founding in schools.

Governor Ducey has made civics education one of his administration’s priorities, taking action to establish Sandra Day O’Connor Civics Celebration Day, strengthen education about the Holocaust and other genocides in Arizona’s schools and implement the Arizona Civics Test.

Governor Ducey’s budget for next year proposes empowering schools and teachers with bonuses for students that earn a high score on the Arizona Civics test.

Also signed into law by Governor Ducey today was HB 2612, which continues Arizona’s efforts to tear down barriers for those working to obtain occupational licenses.

Left ambiguous, the provisions are often interpreted to mean an individual with any type of criminal record. By removing these extrajudicial penalties, this bill opens doors and provides Arizonans with second chances.

“It’s important to open pathways for those who have served their time to reenter the workforce,” said Rep. Burges. “By removing ambiguous language provisions, we are removing extrajudicial penalties on individuals who are looking for a new start. My thanks to Governor Ducey for strengthening Arizona’s responsible approach to criminal justice reform.” 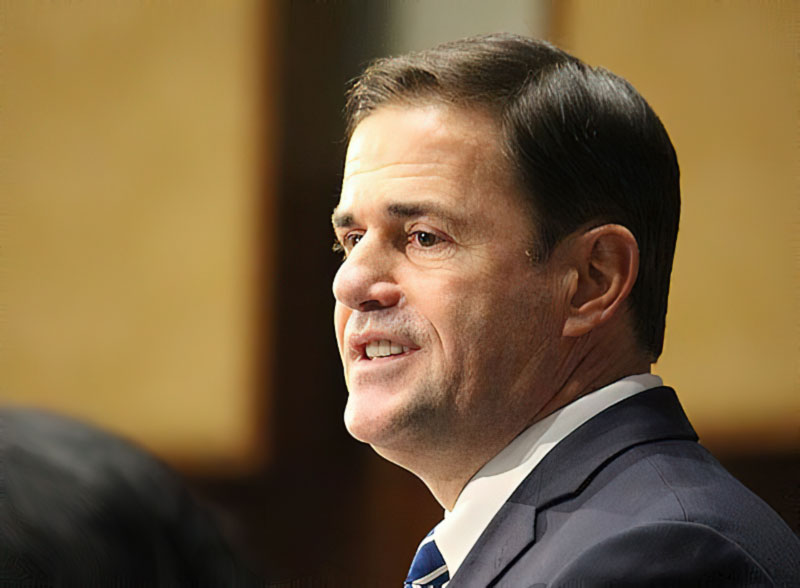 Legislation Among 17 Bills Signed By The Governor Today

“Throughout the pandemic, doctors, nurses and other health professionals have been at the frontlines. When we needed them, they were there,” said Governor Ducey. “Whether they just graduated with their health care degrees, returned to the workforce or came from another state, these caretakers and everyday heroes stepped up. Today’s common sense legislation ensures more nurses and health care workers remain employed and means more of our hospitals and other health care facilities keep their staff.”

“This is a simple, but necessary move. If these licenses were to expire, our critical health professionals would need to scramble to get relicensed,” said Sen. Barto. “This proactive bill ensures a timely renewal process to keep more people employed. Thank you to Governor Ducey for his quick response and support of the health care industry.”

Of the more than 2,000 health care professionals with a temporary license, 1,200 are nurses. The license extension comes at a critical time when nearly a third of Arizona hospitals are experiencing critical nursing shortages.

“With an existing shortage of nurses, now is not the time to let temporary health professional licenses expire,” Dawna Cato, CEO of the Arizona Nurses Association. “The Arizona Nurses Association fully supports the signing of this bill into law, as it helps the board process license renewals and will keep more of our frontline nurses where we need them – taking care of us. We are grateful to Governor Ducey for his swift action on this issue.”

The Governor signed 16 other bills today: 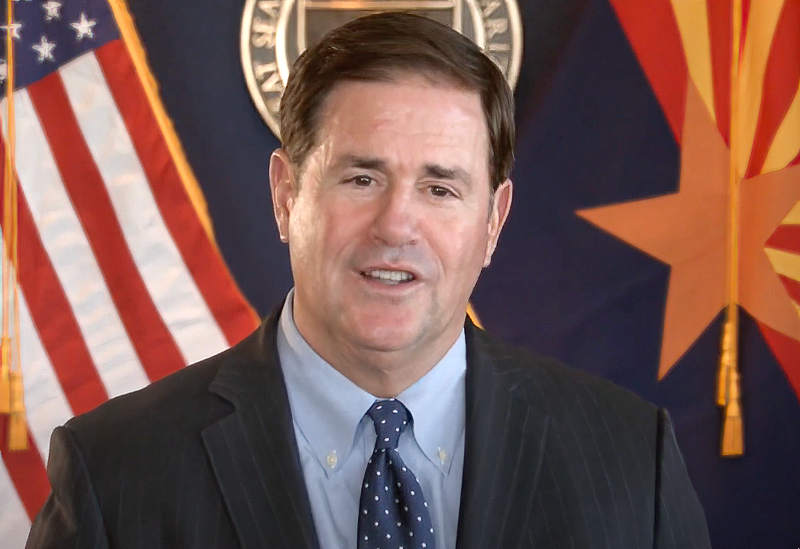 PHOENIX — Governor Doug Ducey today signed legislation to establish the Arizona America250 Commission, a group of Arizonans who will help plan the 250th anniversary celebration of our nation’s founding.

“The Arizona America250 Commission will not only ensure we celebrate our nation’s founding, but strengthen civics education,” said Governor Ducey. “Our kids need to learn about our founding principles to cement our democracy for another 250 years. This legislation will help to ensure America’s 250th anniversary is a once-in-a-lifetime experience for Arizonans.”

Senate Bill (SB) 1497, sponsored by Sen. Vince Leach of Tucson, establishes the Arizona America250 Commission, to plan, develop and coordinate the commemoration of the 250th anniversary of the founding of the United States, which will be celebrated on July 4, 2026. The Arizona America250 Commission will consist of 11 representatives from diverse backgrounds, including the veteran community, the arts, tribes, tourism and business.

“It’s amazing that what started as an experiment is now celebrating 250 years of being the greatest country on Earth,” said Sen. Leach. “When a constituent brought this bill to my attention it reminded me of one of our nation’s principles: we are a government of the people, by the people, for the people. Thank you to Governor Ducey for his support of this bill and ensuring Arizonans celebrate the founding of this beacon of democracy.”

Arizona joins at least 21 other states in establishing America250 commissions, working with private and public entities to inspire Americans to celebrate the semiquincentennial.

SB 1406, sponsored by Sen. David Gowan of Sierra Vista, ensures that Arizona colleges and universities continue to protect members of the National Guard and U.S. Armed Forces from adverse academic or financial impact when they are called to serve their country.

“Our armed forces deserve to have every educational opportunity afforded to them,” said Governor Ducey. “Today’s legislation ensures that when they answer the call to serve and protect their country, their education will be here waiting for them, unobstructed.”

When called away mid-semester, options and protections for these students can vary across post-secondary institutions. SB 1406 allows them to withdraw from courses without adverse impact to their grade point average, receive a refund on tuition and a credit for paid fees, and be readmitted without penalty or redetermination of eligibility within one year after release from reserve duty, among other protections.

The other bills signed were:

SB 1061, sponsored by Sen. Leach, creates a special license plate fund for college scholarships awarded to the children and spouses of veterans and those currently enlisted in the U.S. Army.

SB 1273, sponsored by Sen. Tyler Pace of Mesa, allows the operators of two-wheeled motorcycles to safely pass another vehicle in the same lane that is stopped and going in the same direction. The movement is allowed when the motorcycle operator is going less than 15 miles per hour on a street where the speed limit is less than 45 miles an hour.

SB 1598, sponsored by Sen. T.J. Shope of Coolidge, strengthens Arizona’s operational success by housing the state cybersecurity authority under the Arizona Department of Homeland Security. Governor Ducey has led with the belief that cybersecurity is homeland security and today’s bill signing will enhance the state’s ability to prevent and respond to cyberattacks.

Below is a list of all the bills signed by Governor Ducey today: