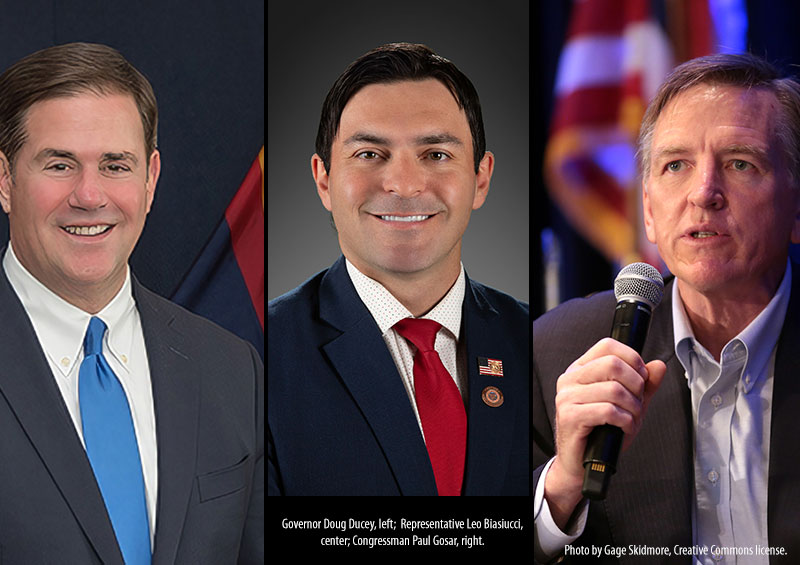 “Because of Joe Biden’s open border policies, illegal drugs, including deadly fentanyl, and human smuggling crossing the southern border has surged.  105,000 Americans were poisoned and killed in 2021 by fentanyl from Mexico.  Arizonans should not be victimized by the lawlessness and destruction caused by the Biden administration’s reckless refusal to protect us.

I applaud Rep. Biasiucci and Governor Ducey’s efforts to combat illegal activities at the border by going after transnational criminal organizations who continue to destroy our communities,” concluded Congressman Paul Gosar.

On April 27, Governor Doug Ducey signed critical legislation authored by Lake Havasu City state Representative Leo Biasiucci cracking down on human smuggling organizations, another significant step to fill the void in leadership left by the federal government’s failure to secure the border.  The signing followed a meeting with Arizona sheriffs and builds on last week’s announcement by 26 states of the American Governors’ Border Strike Force.

Editor’s Note: Some of the images shown here may be published under Creative Commons licensing. Images were possibly altered to accommodate the article. http://creativecommons.org/licenses/by-sa/3.0/ Representative Paul Gosar’s photo by Gage Skidmore.