Congressman Gosar, Others Express Outrage at Raid on Mar-A-Lago Featured 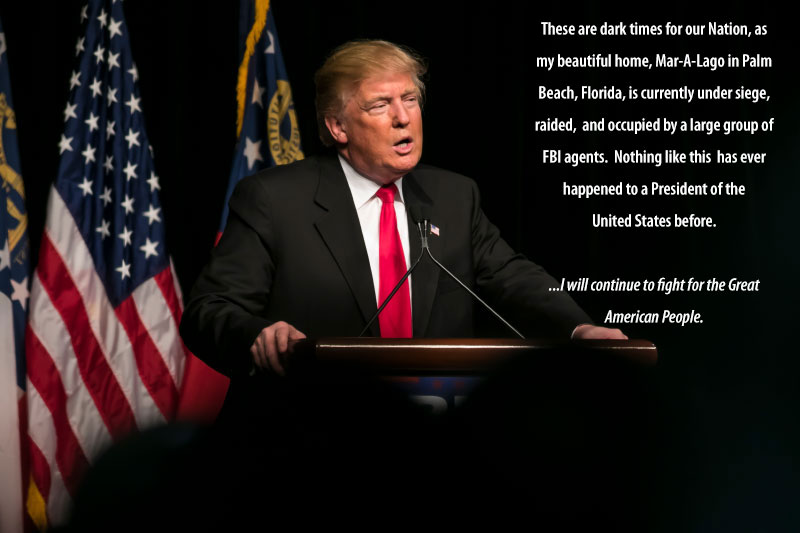 Mar-A-Lago, the home of former President Donald J. Trump, was raided by the FBI today.

Former President Trump’s residence is raided by the FBI

After the FBI raid on President Trump’s Florida residence, Mar-A-Lago, the protests were quick and strong. Twitter, one of the easiest places to register immediate reactions, was full of responses.

Former President Donald J. Trump issued a statement to inform the world of what was happening from his perspective: 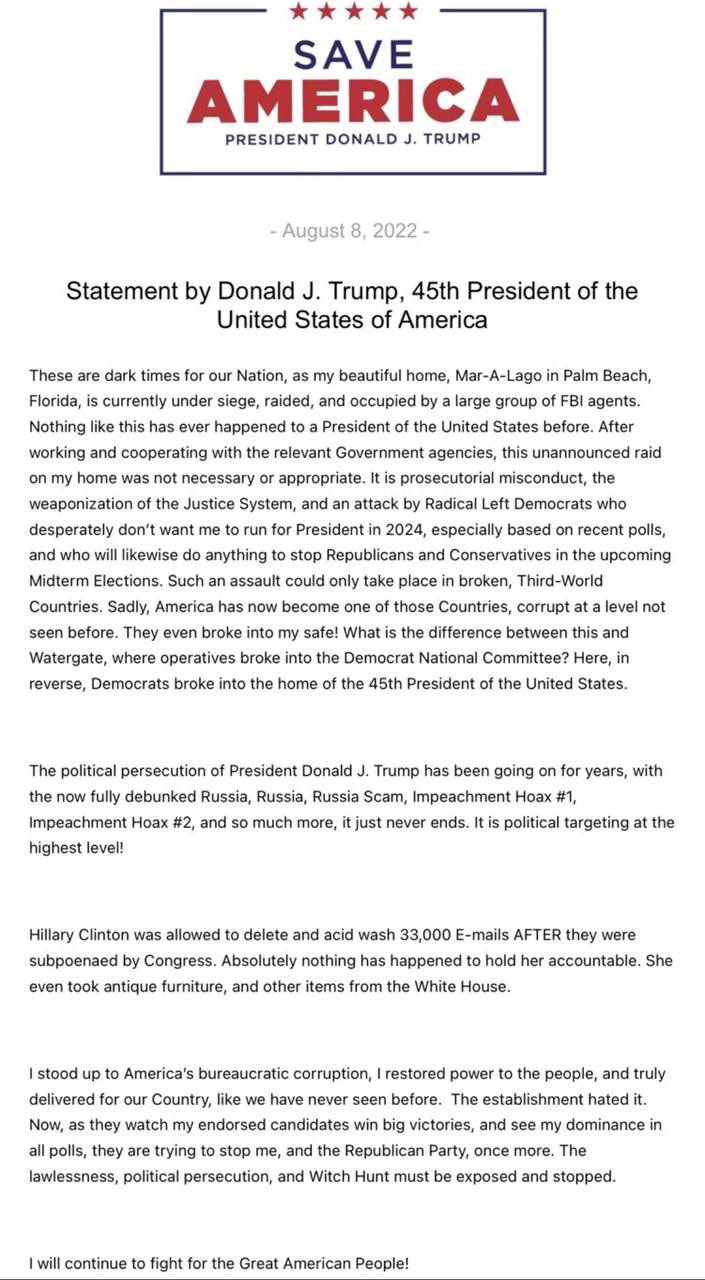 The only thing missing from the unprecedented FBI raid at President Trump’s home is Muammar Gaddafi’s sunglasses and cap on Joe Biden.

It is corrupt & an abuse of power.

What Nixon tried to do, Biden has now implemented: The Biden Admin has fully weaponized DOJ & FBI to target their political enemies.

And with 87K new IRS agents, they’re coming for YOU too.

Dems in charge will refuse, but the American people deserve to know why Biden is using the FBI as his political enforcers.

Tin-pot dictators do that, but that’s not how America works.

But never before in America

Never before in our history. pic.twitter.com/Mv7IqLxxNi

I’m sure this isn’t political at all…. They must destroy him because they fear him.

Just one more reminder why so many of us that wanted nothing to do with politics decided to run for office. #bannanarepublic https://t.co/zTIBdG7EKZ via @BreitbartNews

All I can say is the FBI better have the goods. This better be a slam dunk criminal case, otherwise the Biden Administration and DoJ have crossed a line of no return.

If they got the goods, announce it. Otherwise this search on a former President’s home is a disgrace.

The raid of MAL is another escalation in the weaponization of federal agencies against the Regime’s political opponents, while people like Hunter Biden get treated with kid gloves. Now the Regime is getting another 87k IRS agents to wield against its adversaries? Banana Republic.