Arizona Senators Take Maricopa Board of Supervisors to Court Featured 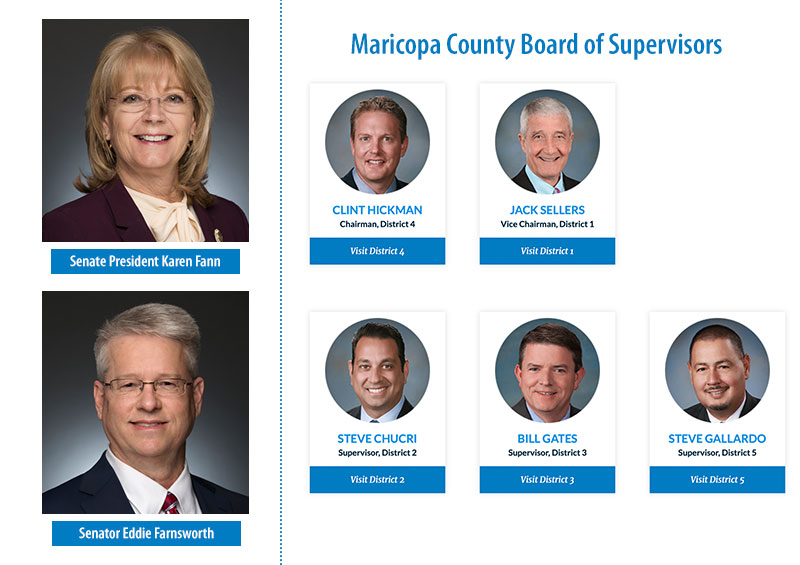 The Arizona Senate is suing the Maricopa Board of Supervisors.

Editor's note: The parties are in court right now as this article is published. Watch for updates when they become available. 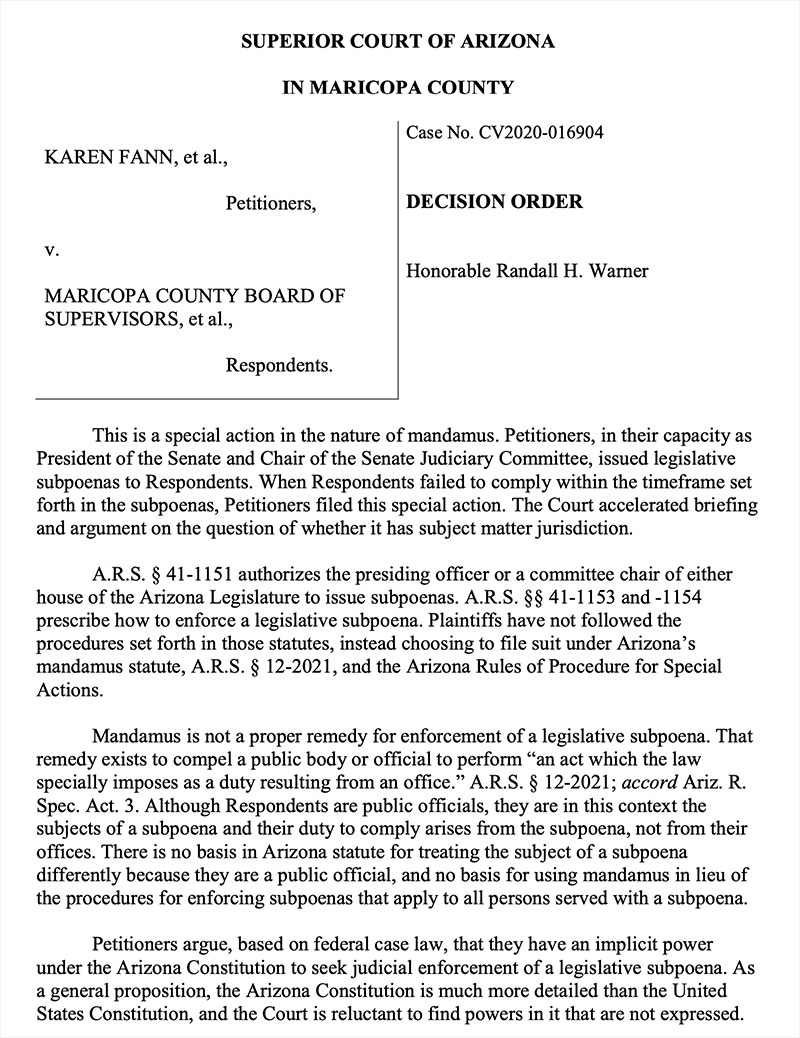 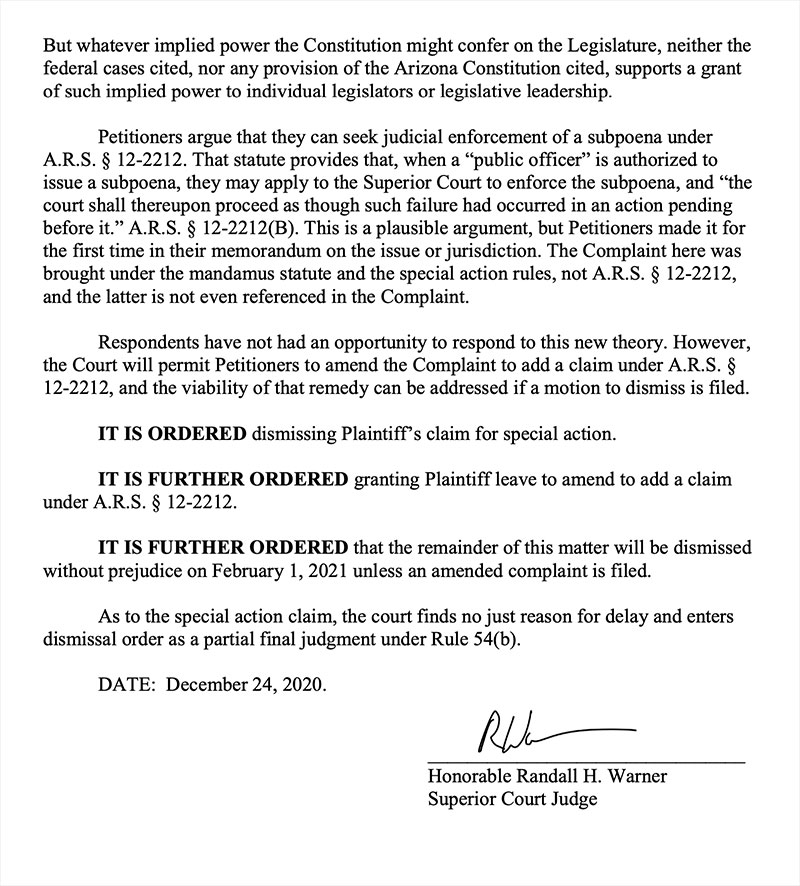 UPDATE: Wednesday, December 23, 5:52 PM: The Judge is taking it under advisement and will decide tomorrow or Friday.

Senate President Karen Fann issued a statement, "Today, under my direction as Senate President, Judiciary Committee Chairman Eddie Farnsworth issued subpoenas to the Maricopa County Board of Supervisors. One subpoena calls for a scanned ballot audit, to collect an electronic ballot image cast for all mail-in ballots counted in the November 2020 general election in Maricopa County, Arizona. The second subpoena calls for a full forensic audit of ballot tabulation equipment, the software for that equipment and the election management system used in the 2020 general election.”

The Maricopa County Board of Supervisors response? They declined to comply with the subpoenas, stating that they believed the subpoenas were overly broad, and felt it was necessary to seek clarity from the Court.

Late Monday afternoon, Senate President Karen Fann and Judiciary Chairman Eddie Farnsworth filed suit against the Maricopa Board of Supervisors, seeking to have the subpoenas upheld, in order to assure Arizona voters of the transparency of the electoral process. You can read the entire Lawsuit here: 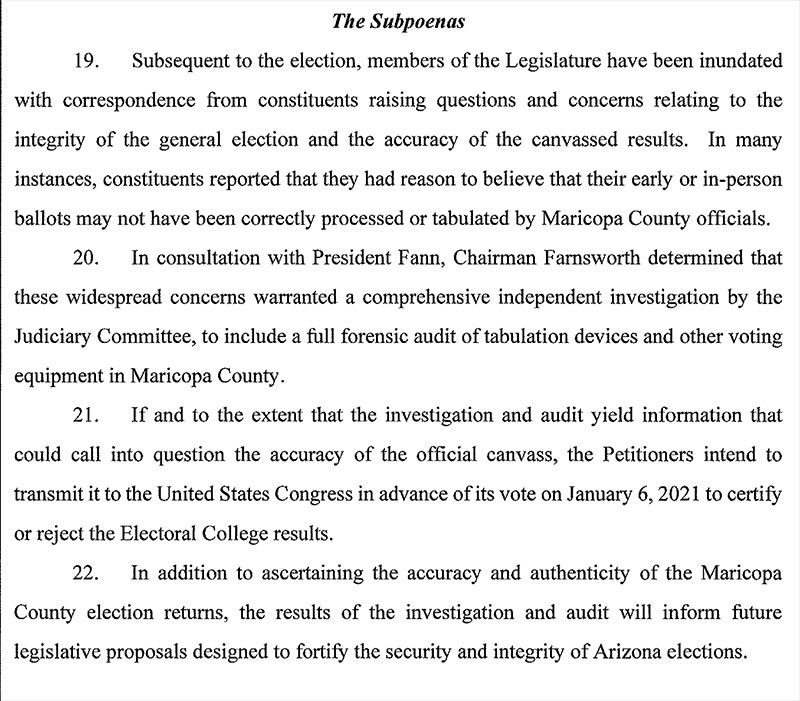 Arizona Republican Party Chair Dr. Kelli Ward said that the eleven alternative electors chosen in the event that the election results are found to have actually supported President Donald Trump, have filed an Amicus Brief in the case.

According to the Arizona Capitol Times  Judiciary Chair Farnsworth states that the purpose of the subpoenas is to get to the bottom of various rumors and reports that the ballots were not properly counted, not to influence the outcome of the election.

“There are multiple purposes here,” Farnsworth said. “But the main one is to reinstall and ensure that we have confidence in the system."

However, during a Tuesday hearing, Judge Warner questioned whether he had the authority to order the county to produce what the lawmakers are demanding. The state law already gives the Legislature the power to issue subpoenas, Warner said, and to find recipients in contempt for failing to comply, meaning they could be arrested and jailed.