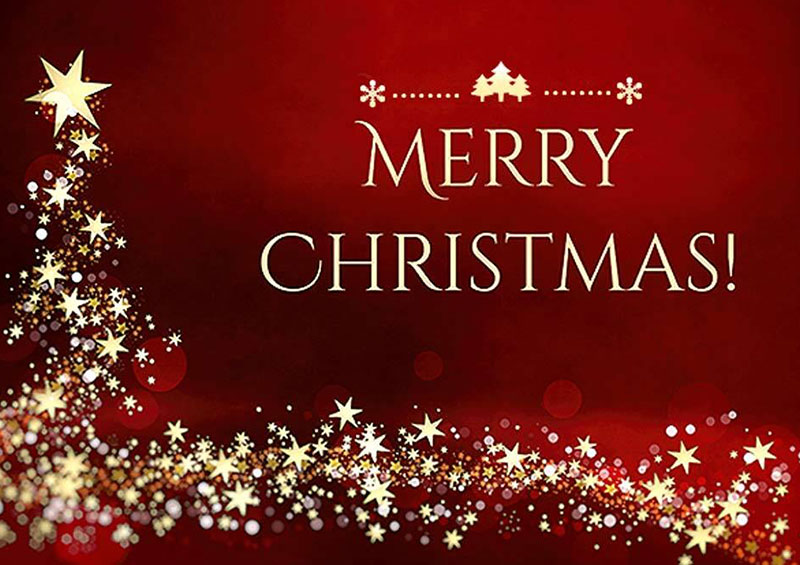 This year has been a year unlike any other. We are battling a global pandemic that has affected all of us. Families, friends, and communities cannot come together and celebrate in the same way we always do, making all the more reason to focus on faith and the true meaning of Christmas and rejoice in the birth of Christ. While the challenges that face our country are great, the bonds that unite us as Americans are much stronger. It has been inspiring to see the kindness and courage of citizens across this country. We are reminded of the divine message from the first Christmas: “Glory to God in the highest, and on earth peace, good will toward men.”

As we celebrate Christmas, we remember the precious religious liberties our forefathers so righteously fought to secure.  We also pause to pay tribute to those courageous men and women of our Armed Forces who continue to fight for our cherished freedoms. Their courage and dedication is helping keep us safe and extending freedom and peace. We are grateful for their service to our country, and for the support and sacrifice of their families.

In these trying times, I hope your heart with the spirit of giving this holiday season and that we dedicate ourselves to helping those in need. I send my best wishes to you and yours for a very merry Christmas and a happy and prosperous New Year. 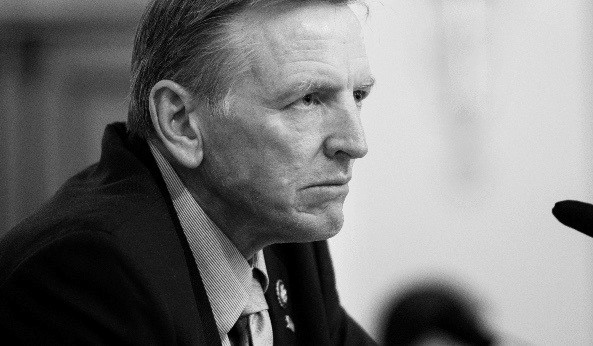 SAVE America Act: Last week, I joined Congressman Ralph Norman (R-SC) on the Securing and Verifying Election in America (SAVE America) Act to protect future federal elections from the several issues we saw in this election such as dead people receiving ballots, not separating ballots which come in by mail, signature matching, cleaning up voter rolls, and more. This bill corrects these issues by requiring proof of citizenship when registering, photo ID requirements to vote, improving voter roll integrity by mandating that states work with DMVs and the USPS to maintain the most up to date information, mandates excuse absentee voting, and more. While the Constitution grants control of elections to the states, Congress does have jurisdiction in elections for federal office, and as we continue to fight for election integrity for 2020, we must also be forward thinking to protect future elections. This bill does just that, and you can read more about this effort here.

Working with Rep. Brooks: On December 17th, myself and Congressman Mo Brooks (R-AL) sent a letter to Speaker Pelosi, Leader McConnell, and various Congressional committees advocating for election integrity. Because the Constitution and other federal statutes mandates that Congress is responsible for resolving all federal election contests for President, Congressional leaders must do their jobs and conduct voter fraud and election theft hearings and investigations so all members of Congress can be more informed when Congress faces contests and questions about the legitimacy and validity of various 2020 federal elections. You can view the text of the letter here.

This week, I voted NO against the supposed COVID relief bill because it shells out billions of our dollars to foreign governments. We need every dollar here helping our citizens. Instead we are buying billions in food for foreigners while bread lines form across the U.S. and American businesses remain closed by our own government. The Sudan, Egyptian military and Dalai Lama are not more important than American citizens. This unserious proposal increases funding for climate change studies and seeks to defund immigration enforcement and open our borders. I will never vote to allow our sovereignty to be so violated. The bill fails to compensate small and medium sized businesses while providing only meager relief to the American people.

I have previously voted for trillions of dollars in COVID relief aid that actually focused on Americans hurt by the pandemic. I cannot vote for the current package. When Congress votes to prioritize foreign citizens over our own, I will always call them out and will be an emphatic no.

Additionally, the bill is over 5,500 pages and Congress was given mere hours to read it. No member can honestly say they know exactly what they voted for this evening. That is reason alone to vote no. President Trump was right to veto it.

We will be back in D.C. next week to hammer out a deal that actually helps Americans. 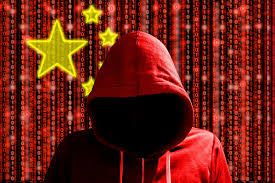 I wrote to you all last week about the revelation that Congressman and House Intelligence Committee member Eric Swalwell (D-CA) was compromised by a Chinese spy. Myself and several other Republican colleagues sent a letter to Speaker Pelosi calling for his removal from the Intelligence Committee. I have heard from many of you who are concerned about this national security breach, and you are correct that he need not only be removed but investigated to determine the extent of the damage to our security. That is why this week I joined Congresswoman Debbie Lesko (R-AZ) in a letter to FBI Director Christopher Wray to determine the extent to which the FBI has investigated Rep. Swalwell and his contact with this Chinese spy, and also to determine if there was any significant counterintelligence opportunity missed when the spy fled the country which could have granted the U.S. greater clarity on the tradecraft and extent of Chinese intelligence and influence operations in America. No matter how much Rep. Swalwell or Speaker Pelosi are stalling, this will not blow over in the next news cycle. National security transcends politics, and we must know the extent of the damage. To ensure this never happens again, I am also a cosponsor of Congressman Lance Gooden’s (R-TX) bill to prohibit Congressional offices from appointing interns who are citizens of adversarial nations that exert malign influence on the U.S., such as China, Russia, Iran, and North Korea.

We Love Our Miners!
Last week was National United States Miners Week. American miners support industry in all 50 states, produce $82 billion in raw material annually, and bring 500,000 direct jobs and 1.8 million indirect jobs, annually. American miners are, and have always been, a major support structure to the American economy and our national security apparatus. Miners drive production and prosperity through manufacturing, engineering, and progressing environmental sciences. They secure the American supply chain needed for steel, roads, houses, and more. To recognize this year’s National United States Miners Week, I joined my good friend and Western Caucus colleague Congressman Pete Stauber (R-MN) to introduce House Resolution 1265, Expressing support for designation of the week of December 6, 2021, through December 12, 2021, as National United States Miners Week. I am honored to join Congressman Stauber on this important measure and have appreciated working with him on both the Western Caucus and Natural Resources Committee to advocate for Twin Metals Mining for the benefit of our mining industry and nation at large.

Getting Congress Back to Work 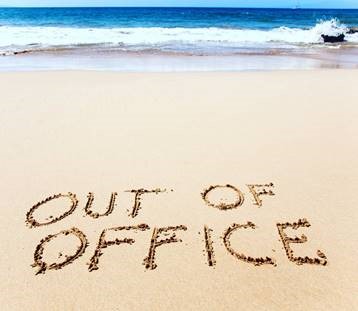 Restoring "In-Person" House Oversight Committee Hearings:
Since February, House Democrats have done everything in their power to play hooky from work and try to conduct the business of the House virtually. The issue being the process of Democratic legislative procedures can truly only be done in-person. In the Oversight and Reform Committee on which I serve, the Democrats have long mandated that we hold virtual hearings, however the virtual feed they provide us is always spotty, and believe it or not, the WiFi in the House can be unreliable as well. Many members struggle to connect, and even I must admit I have lost my connection right in the middle of a line of questioning. This can go on no more - we cannot conduct the business of the people’s House from home. The Oversight Committee must hold in-person hearings as we have jurisdiction over critical issues such as the Census, Post Office, government operations, cybersecurity, and more. To properly conduct the role of House oversight, all members must have their full time to ask questions without being lost because of a bad connection. This is why I joined my Republican colleagues in a letter to the Democrats on the Committee to restore in person hearings so we can get back to business representing our constituents. For the benefit of the country, this shut down of Congress cannot be prolonged.

Arizona Leads Again in Another Win for Our Veterans 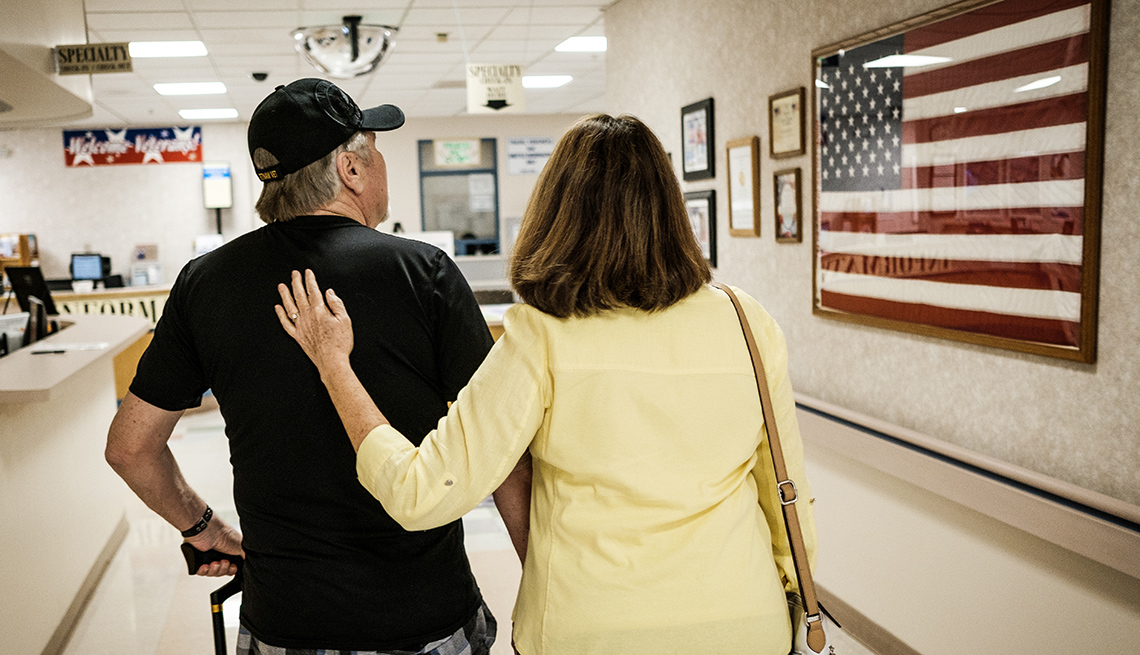 Doing the Most for Those Who Gave the Most:
Over the summer, I joined Congressman Andy Biggs to introduce the TEAM Veteran Caregivers Act, following the lead of its introduction in the Senate. This bill takes three steps to increase efficiency, transparency, and accountability in the Department of Veterans Affairs’ family caregivers program. The bill formally recognizes all caregivers of a veteran by identifying them in the health records of the veteran. It requires the VA to include specific information when notifying veterans and caregivers regarding any clinical determinations made relating to the downgrade or termination of family caregivers benefits. Lastly, it extends the family caregivers program benefits for 90 days when a veteran is no longer clinically eligible for the program. I am proud to announce that last week this bill passed the House and now is on its way to be signed into law by President Trump. Another great win for our nation’s heroes and their families! 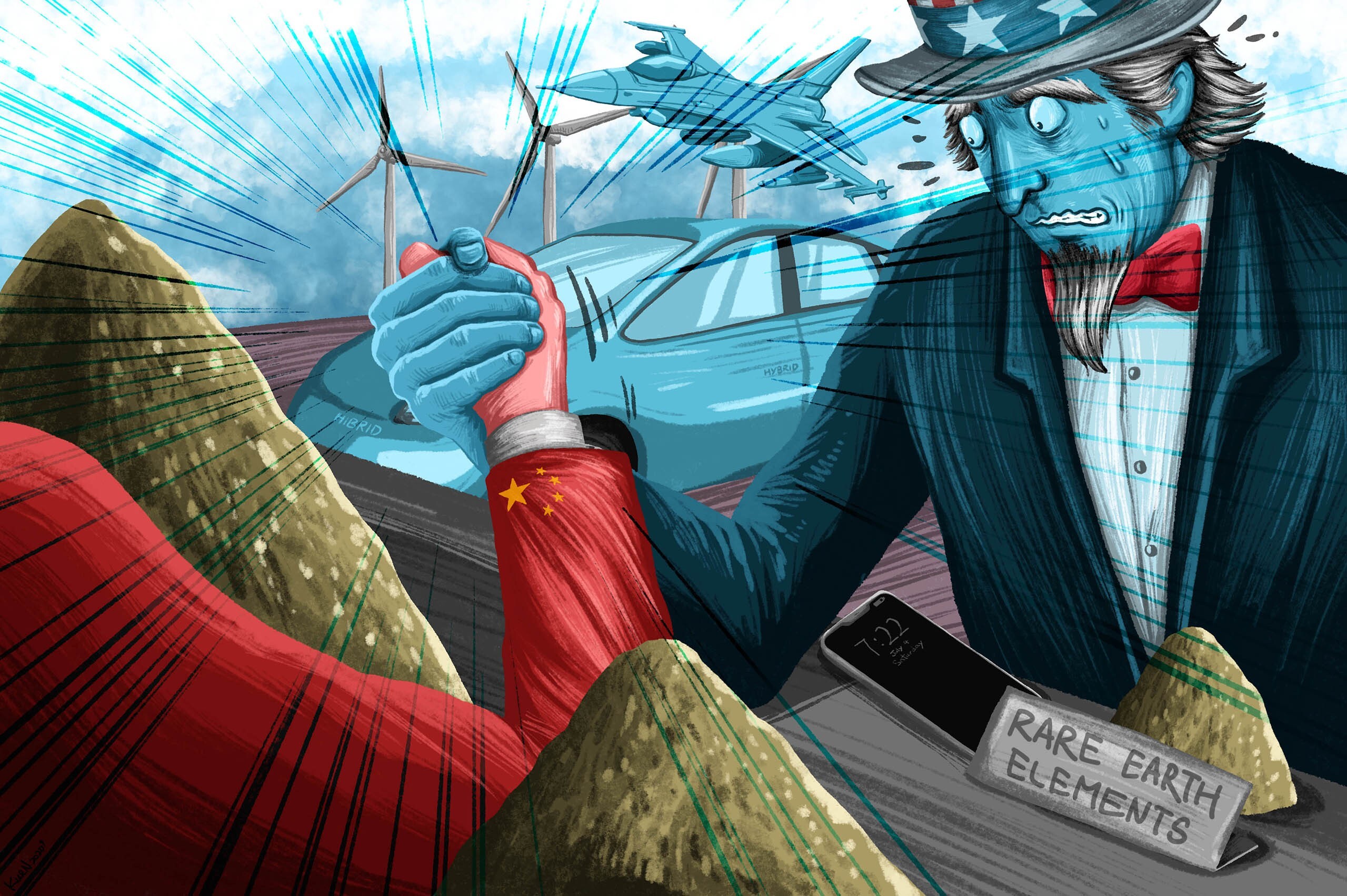 Putting the Pressure on China:

As Chairman of the Western Caucus and a member of the Natural Resources Committee, you have long heard me fight for ending our reliance on China for critical minerals and rare earth elements (REE). The reality is that America, and our allies like Canada and Australia, possess abundant raw critical minerals and REEs, yet we need to restore our capacity to refine these minerals into the products we need for defense, communication, and more. To undermine this ability, China intentionally underprices usable REE metals on the international market to undermine competition and force U.S. companies to send our raw materials to China for refinement. President Trump is the first Commander in Chief to highlight this grave security threat. In this spirit, I joined Senator Marco Rubio in a letter to the Secretary of the Interior to advocate for providing a federal charter for a domestic Rare Earth Metallurgy Cooperative, which would be privately funded and allow companies from competing industries to work together to restore this vital economic and national security function. We have made great strides in ending our reliance on China, but we need an alternative and America’s natural wealth and spirited entrepreneurship can lead the way.

@RepGosar: "Speaking with our great Vice President @Mike_Pence about Arizona and Georgia. A true patriot. He is fighting hard for election integrity and @realDonaldTrump."

I work for YOU!

I want to serve my constituents in any way I can. Whether you need help with a federal agency, are trying to find out if federal grants are available for your project, or are considering applying to a service academy, my office is always here to help.

Additionally, the phone numbers for all of my offices are listed at the bottom of this email.