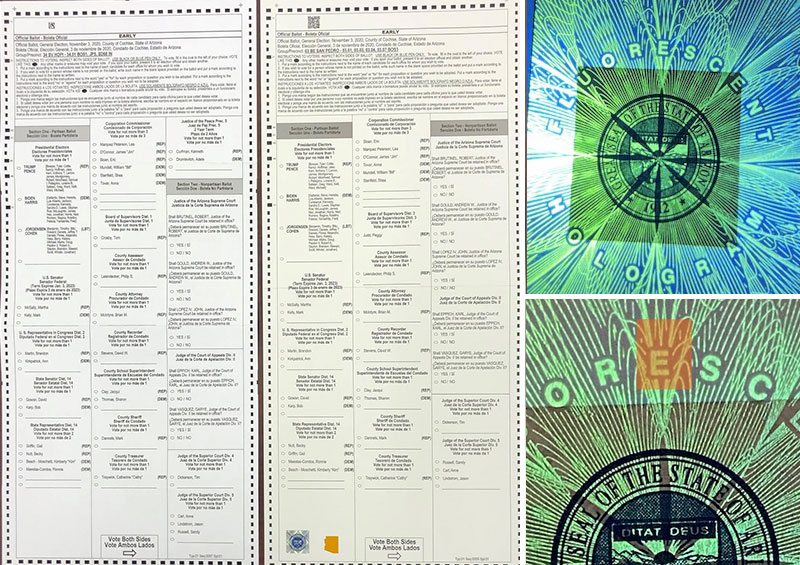 STATE CAPITOL, PHOENIX – Members of the Arizona House and Senate today received a first glimpse of ballot fraud countermeasure technology that could potentially become a part of future state and federal elections in Arizona. Implementing holographic technology, which is invisible to the naked eye, along with RFID-like features to help to identify and validate authentic ballots, is an idea proposed by State Representative Mark Finchem (R-11) and State Senator Sonny Borrelli (R-5) and supported by many of their peers at the Capitol.

“There is evidence that other states including Michigan, Pennsylvania and Georgia saw counterfeit ballots injected into their elections; and there are allegations of the same thing here in Arizona,” said Representative Finchem.  “Because we have not yet seen a forensic audit, we cannot say with absolute certainty that such allegations can be proven, but we cannot dismiss them either.  My office receives hundreds of emails every day from members of the public who demand that there be a robust forensic audit conducted of the 2020 election, especially in Maricopa County, and who want assurances from pubic officials that there will be election integrity improvements going forward.”

The available technology provides complex security at a relatively affordable cost (between 19¢ and 25¢ per ballot) and is compatible with most existing ballot printing technologies.  Members of the House and Senate are examining all aspects of the past election to make sure that Arizona’s elections systems are truly as safe and secure as various government officials, from the Secretary of State to county elections directors, say they are.

“It is critical that we work to restore the faith of all Arizona voters in our elections and prove to them that our elections are free and fair,” said Senator Borrelli. “These countermeasures could be vital to prevent ballot fraud allegations in the future.”

“Elections that are free and fair depend on both safeguards in law, and a moral commitment by all to recognize ‘one person, one vote.’  Fraudulent votes assault every voter and are a seldom reported form of voter suppression, namely voter nullification.  The commitment to protecting everyone’s personal franchise of the vote is what gives weight to the consent of the governed and is the foundation of our democratically elected republic,” Finchem added. 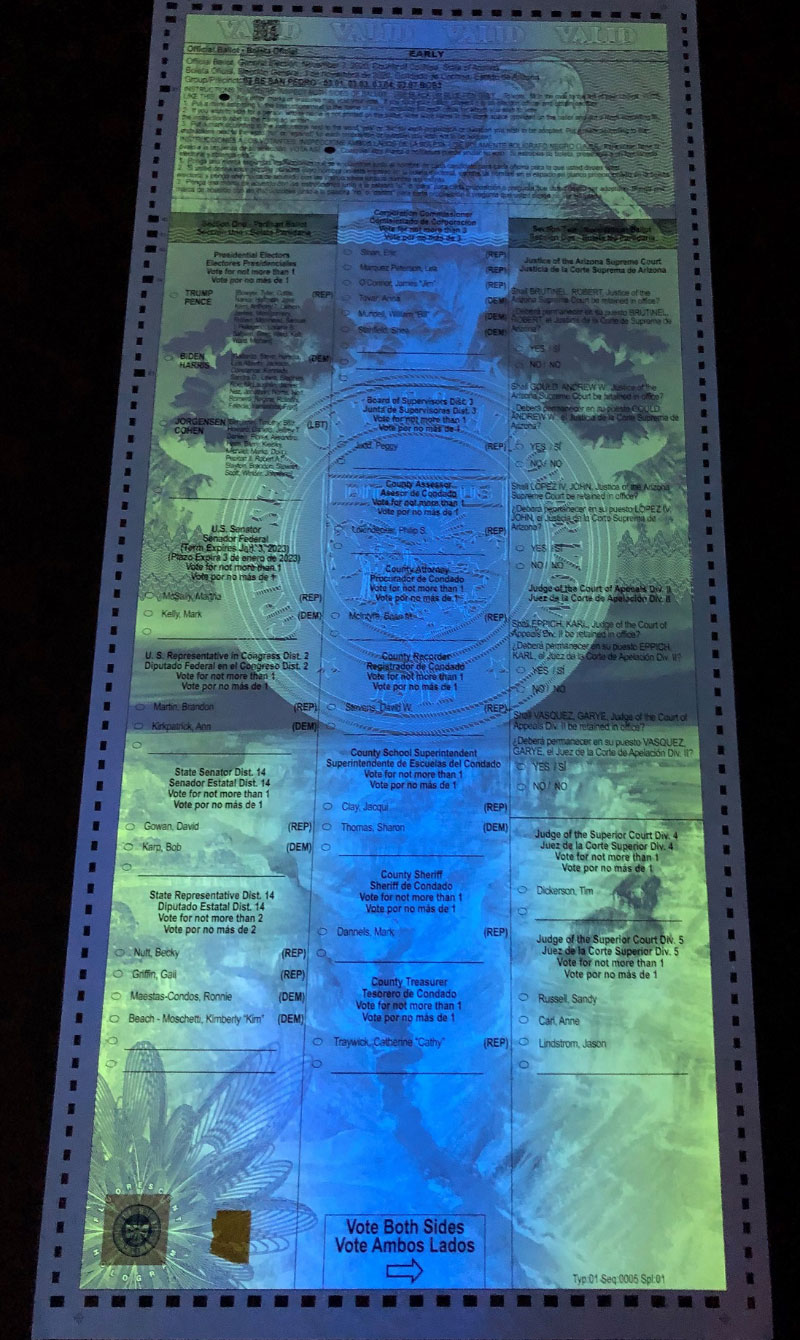 Several photos of the ballot technology viewed today by legislators are attached.

Mark Finchem is a Republican member of the Arizona House of Representatives serving Legislative District 11, which includes portions of Pima and Pinal Counties.