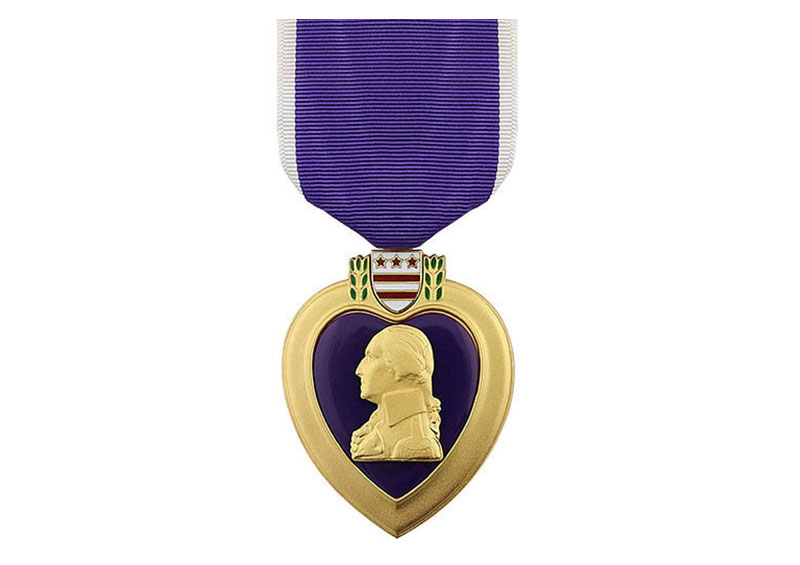 The Yavapai County Board of Supervisors have unanimously proclaimed August 7th as ‘Purple Heart Day.”

Yavapai County Board of Supervisors Chairman Craig Brown said, “It is privilege to recognize these incredible men and women who were awarded the Purple Heart. I only regret not being able to shake their hands in person this year.”

Yavapai County Board of Supervisors Vice-Chairman Randy Garrison said, "It is important to remember that those who wear the purple heart medal have sacrificed their blood to protect our freedom and for that I am forever grateful."

WHEREAS, on August 7, 1782, General George Washington established the Badge of Military Merit to honor enlisted soldiers of the Continental Army and was the first award made available to the common soldier to recognize outstanding valor or merit; and

WHEREAS, today this honor is known as the Purple Heart. The Purple Heart is an American military decoration awarded in the name of the President of the United States to members of the Armed Forces wounded in combat, or posthumously to the next of kin for those killed or who died of wounds received in action by an instrument of war in the hands of the enemy while serving. There are approximately 1.8 million Purple Hearts that have been awarded since 1932; and

WHEREAS, through the unselfish acts of their bravery and sacrifices in preservation of the United States of America, national interests at home and abroad, our citizens and communities are afforded the ability to maintain their freedom and way of life; and

WHEREAS, the Arizona State 53rd Legislature, officially proclaims August 7th of each year as Purple Heart Day; and

NOW, THEREFORE, the Yavapai County Board of Supervisors hereby proclaim August 7, 2020, as Purple Heart Day and August 5 – 11, 2020, as Purple Heart Week to recognize and honor our nation’s men and women who were killed in action, or became wounded in defense of our country, and, where we remember that ‘All gave some. Some gave all’;