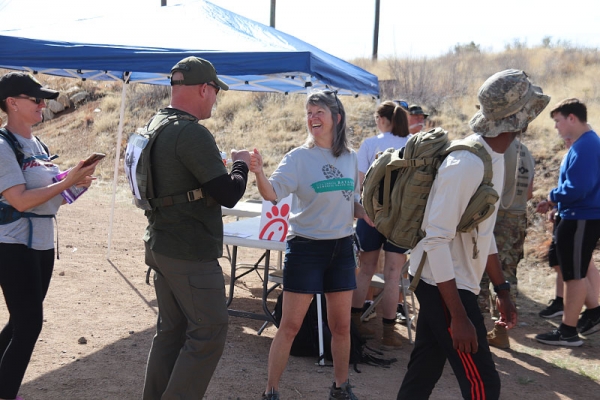 The Bataan Memorial Death March was an honor and a challenge

This annual event normally takes place at the White Sands Missile Range. It is conducted in honor of the heroic service members who defended the Philippine Islands during World War II, sacrificing their freedom, health, and, in many cases, their very lives. 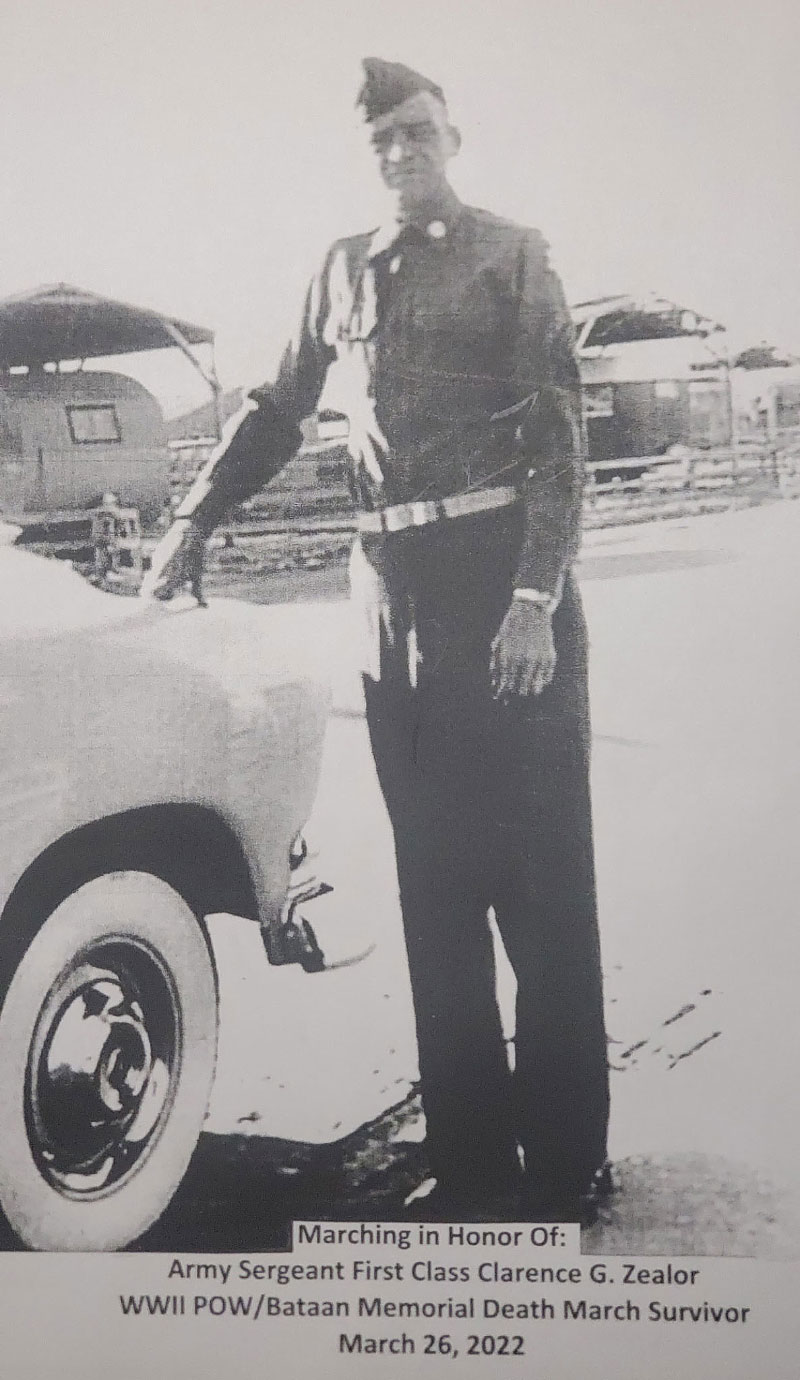 Mary Mallory, and Prescott Mayor Phil Goode were on hand to wish the participants well as they set out on their 26.2 mile march, many carrying rucksacks weighing 35 pounds.

Commander Scott Jackson, from the Embry Riddle army ROTC program at Embry Riddle helped organize the event, along with Pat Kuykendall and John Markham, sponsors and supporters with Team RWB. According to Kuykendall, who has participated in this event for many years, the participants started returning after about 7 hours, with the last few getting in after 9 ½ hours.

No major injuries were reported, other than a few blisters.