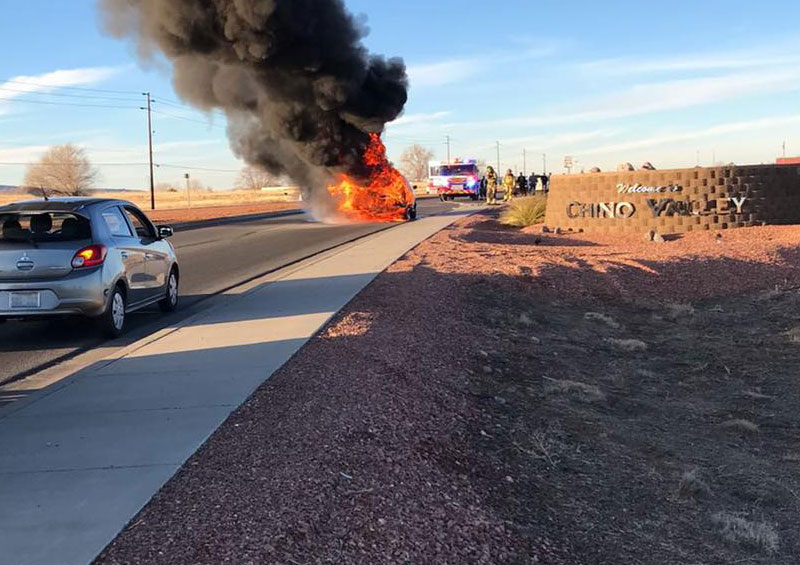 There were no injuries associated with the incident

Thankfully, the vehicle fire resulted in no injuries

On 12/20/2021 at approximately 4:32 pm Chino Valley Police Officers responded to a vehicle fire at State Route 89 and Road 4 South. Upon arrival Officers saw a 1987 Ford F150 fully engulfed in flames. Central Arizona Fire and Medical Authority arrived and extinguished the flames. The driver of the vehicle was able to safely exit the vehicle and no injuries were reported.

State Route 89 was closed for approximately one hour while the fire was extinguished and the vehicle was removed. Chino Valley Police Department would like to thank the public for their patience and assistance while the roadway was closed.