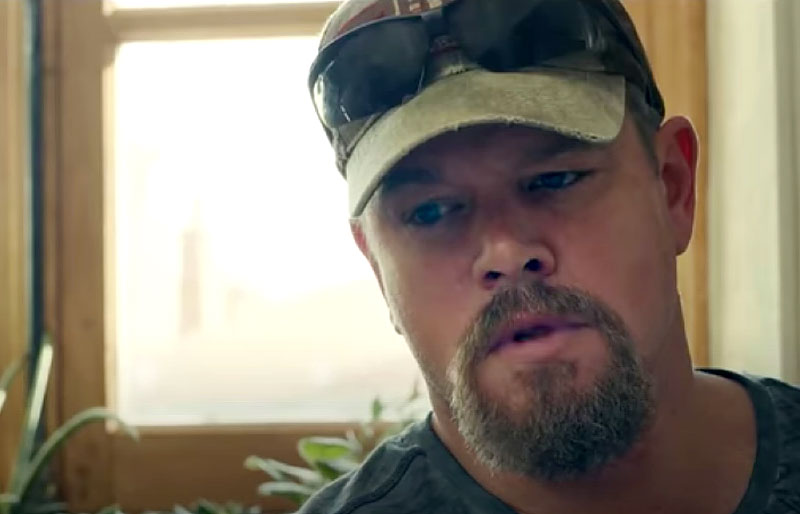 A father will do anything to free his daughter.

Are there Oscar nominations lurking around the corner?

The buzz has already started for Matt Damon to get his fifth Oscar acting nomination for “Stillwater.” He has won an Oscar but it was for his writing of the script for “Good Will Hunting.” Certainly, he deserves a nomination for his role here as a father, an oilfield roughneck who seeks to free his daughter from false imprisonment in France.

His co-star, “Little Miss Sunshine” herself, Abigail Breslin, plays the incarcerated daughter. The twenty-five-year-old Breslin has a sheet that much older actresses would envy. She has played in such differing films as “Kit Kittredge: An American Girl,” “Ender's Game,” both “Zombieland” films, “Signs” and the harrowing “Maggie” with Arnold Schwarzenegger.

Also lending a hand is a French actress Camille Cottin who plays a helpful French woman.

This is filmmaking at the very acme of the craft. We have not an emotional roller coaster but rather an intense emotional stroll through the complicated story. Like all of the best stories that humans tell to each other, it has at its core a tale of love. We have the obvious love of a father for his daughter. But we also have the insane longing of one lover to an unfaithful other, a not pleasant side of love. And the love of a child for an adult who manages in spite of himself to be kind. Finally, we have the mature love of adults at a certain stage in their lives where the fire of youth has simmered into acceptance, comfort, and a deep understanding of the humanity in each of the partners.

The film has bits that are simply brilliant, like all of the greatest films. In one scene the imprisoned daughter wonders if she is so like her flawed father that she is doomed to the same kinds of flaws that prevent her dad from achieving happiness. That is a non-trivial notion to me. In another shot, a simple visual, a drug look-out sits above a pharmacy in a slum neighborhood controlled by gangs in an easy chair. No note is made of the image. The sight is enough to warn us in the seats that this French immigrant slum is a place of violence and danger.

For Americans who do not get soccer, another scene vividly shows us the mass consciousness that takes large crowds watching the sport. It seems like mass hysteria is the true reason to attend the events.

“Stillwater” runs a long two hours and twenty minutes. The R-rated film has frequent very bad language, so be prepared for it. That aside, the story is compelling and the acting superb. This is one of the best movies so far this year, the five sawblade film certainly is better than all but a tiny few.

The story is modeled in a very loose way on the Amanda Knox real-life frame job. Knox, an American student, was set up in Italy by a flawed justice system.