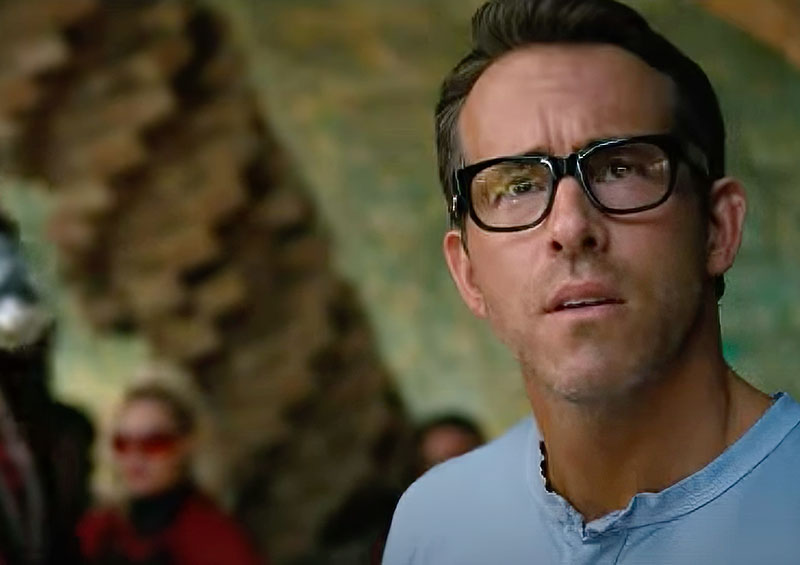 With all star writers, cast and director, this film is fast and entertaining.

At first I thought his would be just a fluff film, something light and trivial to watch, laugh at and forget. But then I found out that the producers had spent $125 million to make it. That made me sit up and pay attention. Especially since they put Ryan Reynolds in the starring role, an actor that propelled two “Deadpool” films to a staggering one and a half billion dollar box office smash.

Two writers had a hand in the script for “Free Guy.” Matt Lieberman has a history of writing successful comedies like the recent John Cena film, “Playing With Fire.” His partner here, Zak Penn, has a history with big action films like “The Avengers.” Together, they build a fast, hard hitting, movint and best of all, funny movie tale for our enjoyment.

Director Shawn Levy has handled big films like “Bit Fat Liar” and “Night at the Museum” with great success. His experience doesn't show here, as it should not. Not every director needs to make himself the center of the film. The most entertaining directors are near to being invisible to the watchers in the seats, simply showing the story to us and staying out of the way.

Ryan Reynolds also produced this film. He is joined by the wonderful, quirky, funny and outlandish English actress Jody Comer. We fell hard for her in her portrayal of the nutty killer in the very successful TV series “Killing Eve.”

We go to the flickers in hopes of seeing a film with the the wit, life, drama, love and sheer life affirming exuberance of “Free Guy,” but seldom do we have a chance to see one. Everything about this film, the writing, the direction, the cool little things around the edges of the story and especially the acting are just wonderful. We get to see a word in danger, heroic actions to save it and best of all for me, a tale of true love.

Jody Comer is absolutely terrific. John Cena has a great comic turn that would be the making of a lesser movie but here is just another great bit.

This fast, entertaining film runs for one hour and 55 minutes with a mild PG-13 rating. This five sawblade example of perfect movie making will leave you smiling.