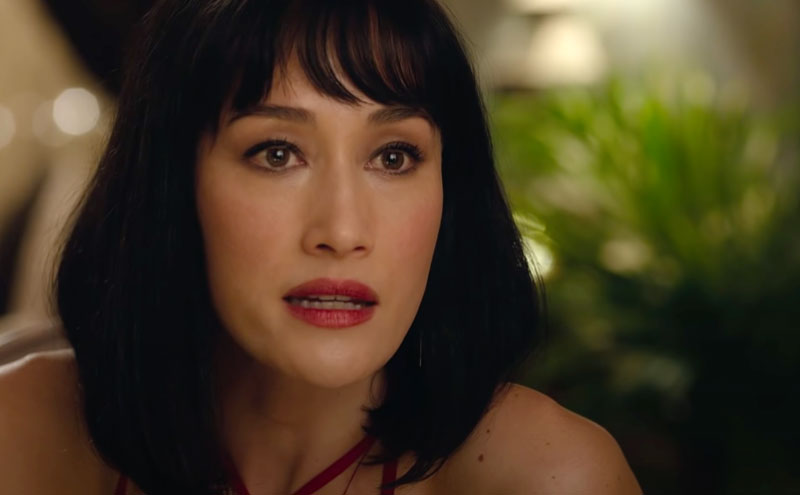 The Protege, the assassin.

We have a lot to like about this action flick. First, there is Maggie Q, a nice girl born in Hawaii who stars as a very highly skilled assassin. Maggie was a high school athlete and good enough to earn an athletic scholarship for college. She parlayed her natural abilities into an early career in Hong Kong films under the tutelage of Jackie Chan. In “The Protege” we get to see her hard-earned skills in action. The martial arts scenes are very well choreographed and seem pretty realistic to me. So, we have lots of good fight scenes, good in an action picture.

She can also act, not always a given with actors that do well as martial artists. Beating up bad guys might please us but acting demands more. She has Michael Keaton and Robert Patrick as supporting actors, both do well. And Samuel L. Jackson plays her assassin mentor, the professional killer to whom she is “The Protege.” So, we have good actors doing good work.

Kiwi director Martin Campbell has done some very good things, some of my favorite things, in fact. In The 1980s he directed a six-part series called “Riley: The Ace of Spies,” starring Sam Neil. Based on a real guy who was active for about twenty years from the last bit of the 19th century to after the Russian revolution, it is for me the best spy biopic yet done on film. Campbell also made the perfect Bond film, the 2006 “Casino Royale.” So, good director.

Writer Richard Wenk also has a good record. He wrote the wonderful Denzel Washington films, “The Equalizer” and “The Equalizer 2”, both snappy, innovative, and great fun. His serviceable “16 Blocks” and “The Mechanic” pleased genre fans. Even the campy, over the top “The Expendables 2” had an audience. So, good scriptwriter.

What went wrong? Why did the good writer, director, and cast end up with a decidedly so-so movie? They didn't hire someone (or the producers neglected) to read the script and note logical absurdities. We can overlook a lot in an action film, but not everything.

We have in the film an American biker gang operating in Da Nang, Viet Nam. Who believes that the communists would allow such a thing? And it is superfluous to the story to boot. And on the same line, the richest guy in Viet Nam, or very close, turns out to be an Anglophobe westerner. Also, very hard to grasp. Sometimes we have all the elements of a great film but it just doesn't come together.

It was still fun to watch Maggie Q. beat up Michael Keaton.

The two-and-a-half saw blade action film runs for one hour and forty-nine minutes. It is rated R for loads of violence, naked parts, and bad language. Fun but forgettable.