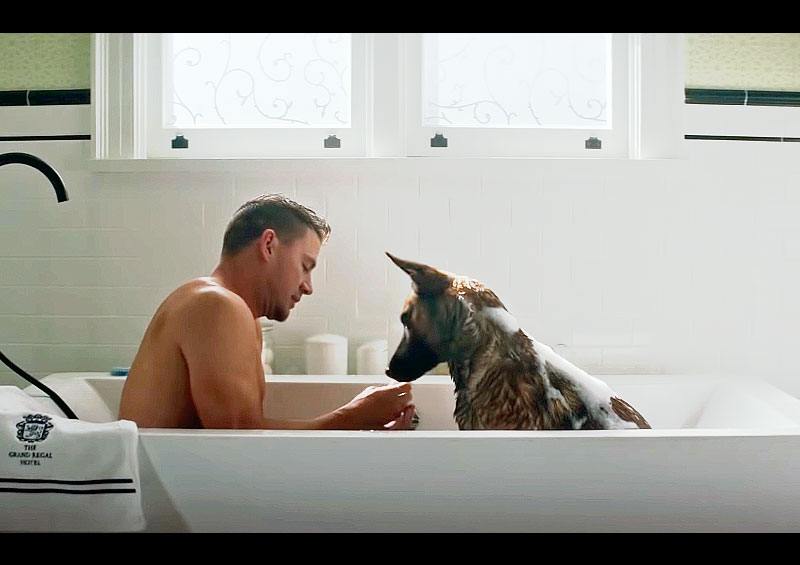 This movie is not necessarily what you might expect

You might expect a comedy, but it’s really a drama

Movie fan Carol said as we left the theater “That isn't what I expected.” She got it just exactly right. “Dog” had Comedy as its billed genre, a head fake. While it had a few light moments, the film should have apologetically been billed as a drama. Moviegoers looking for charm, warmth, and laughter instead found a pair of soldiers, one human, one canine, adjusting to civilian life with indifferent results.

Channing Tatum plays a medically discharged Army Ranger who takes a war dog, a beautiful Belgian Malinois, from Washington State to Nogales Arizona to attend a funeral service of a mutual friend. It is more or less a buddy road trip, but with one buddy who is a guy, the other a dog. But this film is about as far from “Marley and Me” as we can get and still call it a dog movie. Viewers must struggle along with the pair of ex-soldiers as they try to find their way through their problems.

Channing Tatum teams up with his long-time collaborator Reid Carolin to direct the film. Carolin is best known as a producer or executive producer. He produced “Magic Mike,” “White House Down,” and “22 Jump Street,” all Channing Tatum vehicles. The team has had mixed success but “Magic Mike” and “22 Jump Street” turned in vastly profitable numbers.

Besides helping Tatum to direct, the first time out for both of them, Carolin also wrote the script. The ambitious pair also took on the producer chores. So, good or bad this is their project. And it is pretty good for their first time out as directors. The two do adequate work but I found the story somewhat choppy and unfocused, a problem with the script rather than with the directing efforts. Each of the several setup scenes was well done but the whole seemed to me to be less than the separate parts.

“Dog” runs for one hour and forty-one minutes. It carries a mild PG-13 rating. Tatum and the dog have good chemistry. I think you will like this two-and-a-half sawblade movie for what it is, a serious drama. I couldn't find a budget number for the film but the cast had only one famous actor, often an indicator of a lower end of the Hollywood budget scale.

I bet we will see Channing Tatum with his name on more movies as a director.