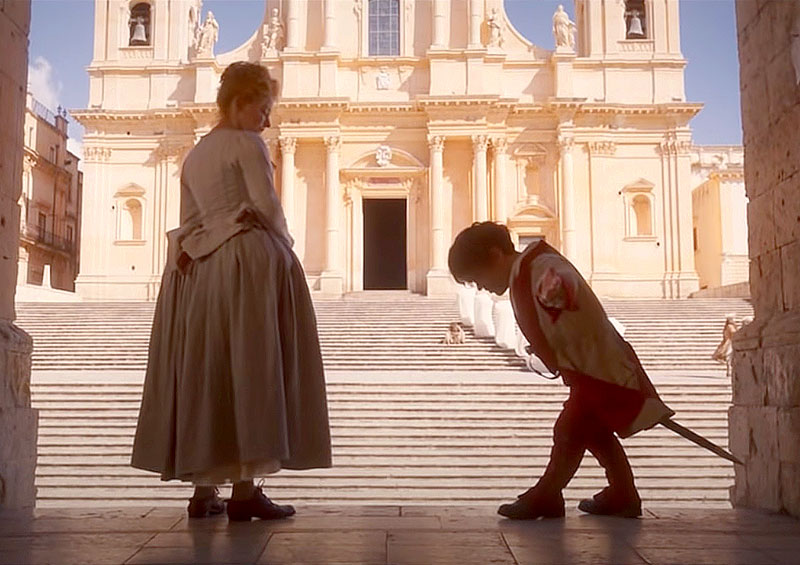 We remember the story of Cyrano de Bergerac, the brilliant poet, and swordsman who loves Roxanne. He has a big nose, a nose so big that he considers it a disqualifying disfigurement. He aids a non-poetic friend in his courtship of the beauty by writing lines of poetry for him to recite. It is a lovely tale that has won over audiences for more than a hundred years.

This latest version is brought to us by the talents of director Joe Wright. Movie fans will remember his recent success with “The Darkest Hour,” but may have skipped “Anna Karenina,” “Pride and Prejudice,” and “Atonement.” Among just these four of his many films, the Academy awarded him twenty-one Oscar nominations and four wins.

Wright has changed up the original story just a tad. He has given “Cyrano” an actor with a normal size nose but a short guy, a dwarf, Peter Dinklage. We know him from his role in “Game of Thrones.” An interesting choice, but does it work for the ticket buyer?

Roxanne is played by Haley Bennett, an accomplished, experienced actress if not yet a famous one. She recently played in the recent and wonderful “Hillbilly Elegy.”

Also serving is Kalvin Harrison Jr. as Christian, the suitor. We will see him again this year as B.B. King in “Elvis.” Ben Mendelsohn, a skilled and veteran actor, also helps out as the lecherous Duke.

Can you make a successful musical about romantic deception and unrequited love? Not that the public can embrace in this case. As craftwork, “Cyrano” is meticulously, lovingly made in every respect. The costumes are perfect (I checked with paintings of the period), the Italian locations and sets are appropriate and often lovely. The actors all bring out their best efforts. This is particularly true of Dinklage who plays the lovesick poet. The Oscars stiffed him and he didn't get the nomination for best actor that he deserved. Bennett certainly is beautiful enough to have three men fall in love with her and she plays her part as written, plays it to a T.

But the changes in the traditional story meant to elicit pathos from the viewers instead bring bathos. I don't want to give too much away but not long ago we had a musical about thwarted true love that worked for the watchers, “West Side Story.” We know it is possible.

Made with a modest budget of $30 million, “Cyrano” has yet to find its audience. The two-and-a-half sawblade film runs for a good long two hours and four minutes. It has a mild PG-13 rating.

This is the fifth film version of the 1897 play by Frenchman Edmond Rostand, or sixth if you count “Roxanne” with Steve Martin, which you should. Cyrano de Bergerac, the actual person, has little connection to the character in the play and the films. He was a soldier, poet, novelist, and enthusiastic dualist. He carried out a public back and forth with his male lover after their breakup that became famous for the wit and viciousness of the exchange. It might be fun to have a movie about the real guy rather than the fictional creature invented by Rostand.