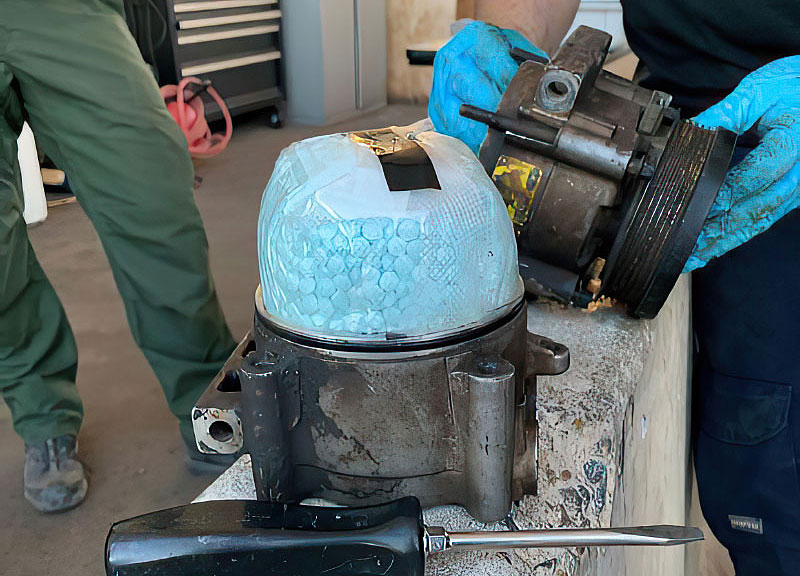 GOSAR VOTES TO RECLASSIFY FENTANYL AS HIGHEST SCHEDULE FOR ILLEGALITY

WASHINGTON D.C. - Congressman Paul Gosar (R-AZ), issued the following statement after voting to permanently place fentanyl and fentanyl-related substances into Schedule I of the Controlled Substances Act. This would make fentanyl in all combinations subject to the harshest criminal penalties currently available.

“Joe Biden and Congressional Democrats’ open-border policies have created the worst border crisis in American history and have allowed for deadly fentanyl to flow like a river across our borders, directly contributing to the fentanyl crisis in America. Over 105,000 Americans died in 2021 from this illegal drug, twice as many as died in the entire Vietnam War. A million Americans have been poisoned to death since 2014.

Drug overdoses in America due to fentanyl have skyrocketed and it is now the leading cause of death for Americans aged 18-45.  Fentanyl is plaguing our communities. It is poisoning our kids. It is devastating families. I have had enough. We have to stop the drug trade and close the border immediately.

My vote today to permanently deem fentanyl-related substances among the most controlled Schedule 1 drugs would have given law enforcement officials the tools they need to combat this threat and take swift action against drug traffickers. What we really need is to stop it before it gets here, but since that is not being done, we need to punish the drug sellers here. Unfortunately, Democrats in Congress refuse to take this crisis seriously and that is the only reason this important vote failed,” concluded Congressman Gosar.