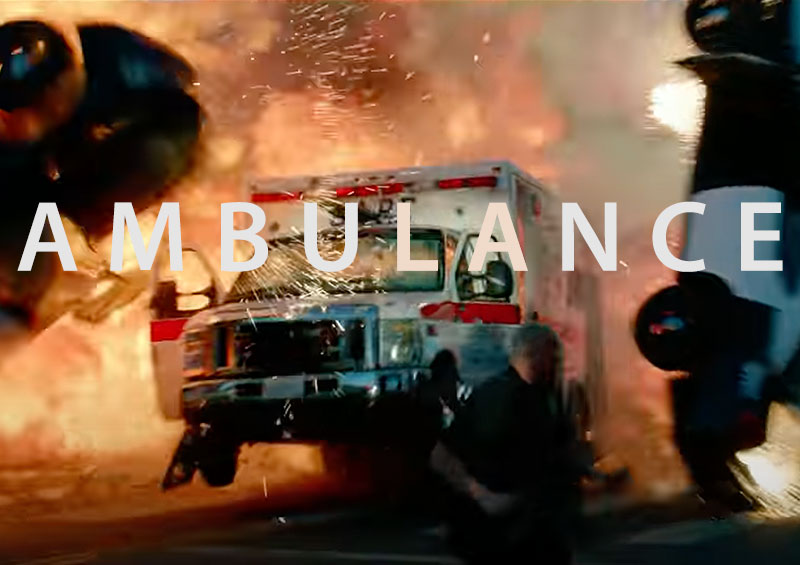 Under the direction of Michael Bay, this movie becomes a classic

Michael Bay has made a load of successful films and garnered a load of criticism for making cheezy films. So, who is the wise man here? Is it the effete snob who makes films like this year's Oscar winner that made a tiny tiny million dollars at the box office or Michel Bay who makes movies that people want to see? Sometimes we just want to see things blow up and that is precisely what we get in a Michael Bay film. But here, we get much more.

“Ambulance” is an American remake of a Danish film. Jake Gyllenhall and Yaha Abdul-Mateen II play brothers, robbers who want to stage a big money heist. When things go sidewise on them, they steal an ambulance only to discover that an EMT (the impossibly beautiful Eiza Gonzalez) is busy trying to save the life of a wounded policeman. Big problems ensue.

Gyllenhaal has had a long career and some of his roles have been outstanding. He has a remarkable versatility too, with films ranging from “Donnie Darko” to the intense “Night Crawler” and even to playing a villain in a “Spiderman” film. He brings an exceptional kind of focused and consuming vitality to his roles at his best.

Mexico-born Eiza Gonzalez has worked as both a singer and an actress. Her American roles include stints in “Baby Driver,” “Godzilla vs Kong” and the silly but entertaining “Hobbs & Shaw.”

Only in Hollywood would we find the third most beautiful woman in the world working in as a lifesaver in an ambulance. But this is Hollywood so we can just roll with having Gonzalez as an EMT. After all, Raquel Welch played an EMT in one of her films, so we have precedent.

Willikers, this is a great action flick, one of the greatest ever. Because we have Michael Bay at the helm, we know we will get car wrecks, explosions, and one of the most extended car chases in moviedom. But what sets “Ambulance” apart from the average blow 'um up movie are the characters. The two brothers and the EMT become real to us. When the bullets fly we want to care if our characters live or die, and we do. And we do not know who, if anyone, will live until the smoke clears at the end of the film. We sit on the edge of the emotional cliff for most of the two hours, never really knowing who of the people we have attached ourselves to will live or die.

What might be a hackneyed effort becomes a classic in the hands of Michael Bay.

“Ambulance” carries a hard R rating for blood, gore, and lots and lots of horrible language. Director Bay says he makes movies for teenage boys, but this one is not for youngsters. It runs for a good long two hours and sixteen minutes. I like a good 'splosion movie now and then and I liked this one enough to give it a loud and colorful four and a half sawblades.

Say what you will about Michael Bay and his films, he makes what people want to see. The films he has directed have made over six billion dollars at the worldwide box office. He himself has a net worth of around $450 million. That's show biz for you.