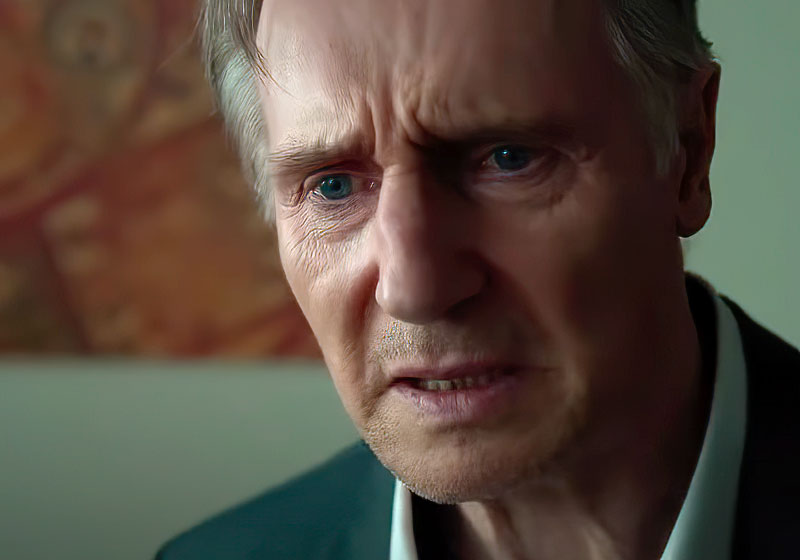 What to do if you’re a hitman with Alzheimers?

Liam Neeson stays busy.  We can say that with total confidence.  We can say that he makes movies that some people like to see.  Just not that many people.  He has regularly added to his list of credits in the last few years, which now stands at 139.  That is a massive list of film and TV roles for any actor.  What his recent films lack is a commercial success.  He made four movies in 2019, two each in 2020 and 2021, and already in 2022, he has three films.

His recurring trope is that of a tough guy at the end of his career who goes on one last mission, kills a lot of bad guys, and saves the day.  That might have been cool with "Taken," a big success, and the two follow-up films, but the public has grown tired of the same film made a dozen times, with the main difference between them being the location.  His recent "Blacklight," "Ice Road," and "The Marksman" all stalled at the box office.

In "Memory," he plays an aging hitman with early onset of Alzheimer's.  We will see if that makes for enough of a twist for the general public to embrace the film.  It did give the actor a rare chance to display more of his acting ability than hitting people.  He has miles of unused acting ability.

Helping him this time are Guy Pearce, Italian actress Monica Bellucci, and Ray Stevenson.  Bellucci will play Mary Magdalene in the next "Passion of the Christ" film.  Ray Stevenson most famously played Pullo in the fantastic TV series "Rome.”

Director Martin Campbell has made the most excellent Bond film of all, "Casino Royale," and other notable successes.

Neeson will reach the grand old age of seventy this June.  Some of us have grandfathers in that age range or know people of that age.  Some of us are actually in that age group.  To continue to play a two-fisted action hero at that age stretches the public's imagination a bit too far.

The expert direction and camera work and Neeson's most vigorous portrayal in several years make the film not just watchable but intriguing.

"Memory" runs for one hour and fifty-four minutes.  The average but interesting action movie has an R rating for violence and language.  The three sawblade movie will please diehard Neeson fans but also those who appreciate the craft of movie-making.

Rate this item
(0 votes)
Last modified on Sunday, 01 May 2022 05:35
Published in Conversations
Tags
« Tana Kuykendall Passes Away Movie Review: Dr. Strange in the Multiverse of Madness »