Movie Review: Dr. Strange in the Multiverse of Madness Featured 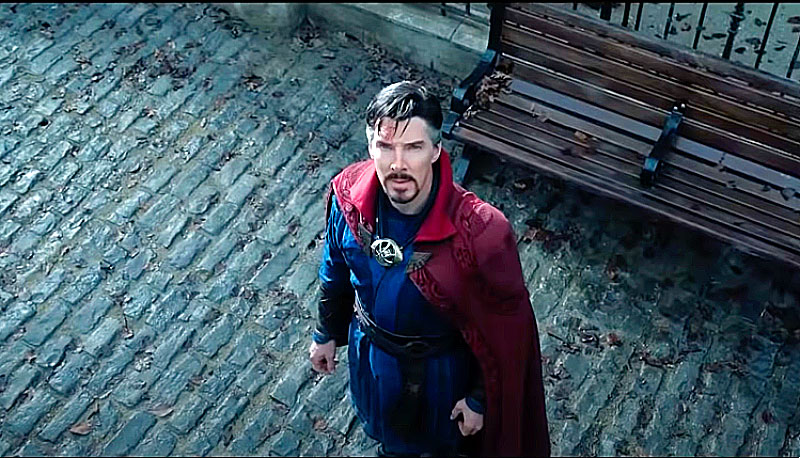 Dr. Strange in the Multiverse of Madness

Yikes, this one will blow your mind clear out of this world.  "Dr. Strange" has millions of fans who will want to come out and see this new movie, but something else, something very dramatic, has come together.  Disney gobbled up Marvel Studios and now makes Marvel movies.  Disney has the rights to the "X-Men" franchise and the "Fantastic Four" characters.  The Mouse now has so many popular characters to display that it needs a 'multiverse' to give us enough room to see them all.

All these characters make it confusing to the uninitiated.  But thanks to Sam Raimi as director, we have fun along with the confusion and madness.  Raimi directed the classic horror "Evil Dead" trilogy with Bruce Campbell and some gigantic "Spiderman" movies.

The $200 million production did not stint on famous actors.  Benedict Cumberbatch returns to the title role with Elizabeth Olson, Chiwetel Ejiofor, Benedict Wong, and Rachel McAdams also returning to their familiar places.

But the multiverse concept allows a host of cameo appearances by other equally famous actors.  Charlize Therion, John Krasinski, Anson Mount (TV show 'Hell on Wheels'), and Patrick Stewart all pop in for brief bows.  Patrick Stewart played in the "X-Men," Krissinski will take the role of Reed Richards, the leader of the "Fantastic Four.”

We have the cinematic gift of a spectacular movie experience with "Dr. Strange in the Multiverse of Madness."  We like and have liked the characters for a long time, so their emotional situations affect us and the angst and heartbreak they suffer.  And this is a full-blown, modern special effects extravaganza, an eye-pleasing splash of color and sound. 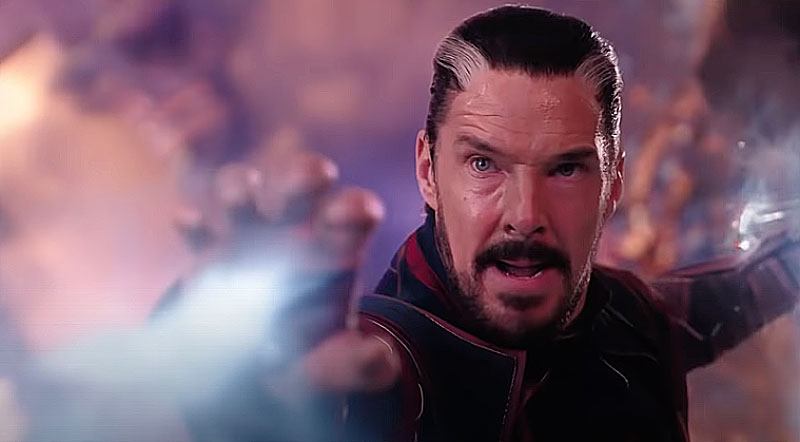 It is hard for us to keep all the parts of the twenty-eight Marvel movies in our heads.  Fortunately, we don't have to be experts to enjoy the film.  It is a great ride, so buckle up and let the magic of cinema sweep you away for a couple of hours.

The PG-13 rated film is the first Marvel movie to take the Horror designation.  The four sawblade movie runs for two hours and six minutes.

Not so fun fact-"Doctor Strange in the Multiverse of Madness" makes it five MCU films in a row that the Communist Party of China banned from release in that country.

Watch for a cameo by Bruce Campbell.  His friend Sam Raimi gave him a chance for a comic scene, just for its fun.

We get a Zombie, too, better and better.