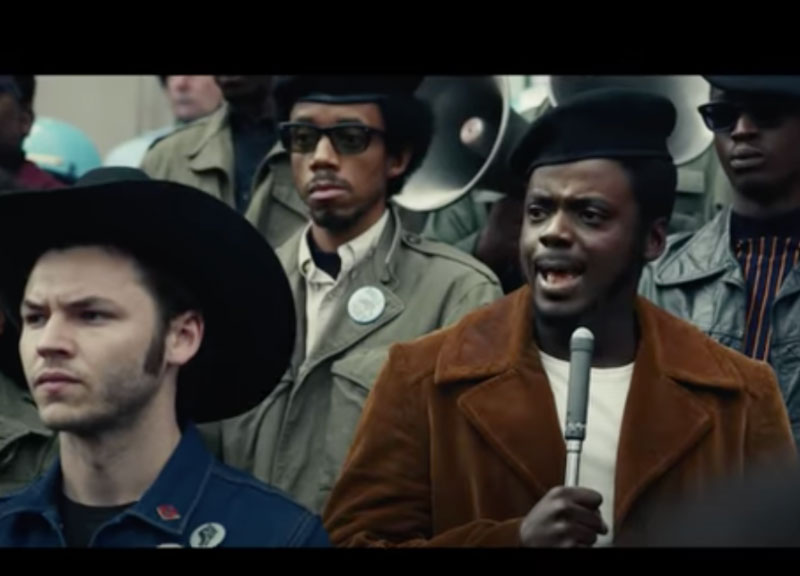 "I am a revolutionary."

Those that Fred Hampton lead in real life had no doubt as to his sincerity.

When we hear Fred Hampton lead the crowd of supporters in repeated chants of “I am a revolutionary” we believe him. The people he led in real life had no doubts about his sincerity. Daniel Kaluuya (late of “Get Out”) brings power and authenticity to the role. Much of the important dialog in the film comes directly from the lips of the actual people involved. Hampton defines himself as a dedicated Marxist revolutionary. He expects to die for the people he strives to liberate. He knows that 'Revolution is not a dinner party...' as fellow revolutionary Chairman Mao famously said.

He probably did not count on the Chicago police of Democrat king-pin Mayor Daily murdering him at the age of 21.

Director Shuka King, in only his second feature outing, has made a powerful film about a turbulent time in our history. He has largely kept to the major points in the short career of Chicago Black Panther Party leader Fred Hampton.

The infiltrator, a criminal turned by the FBI, is well played by Lakeith Stanfied (also playing in “Get out” but also in “Knives Out,” a drawing-room murder mystery that seems charming compared to the hard reality of “Judas and the Black Messiah.” The FBI has the infiltrator under its power and uses that power remorselessly. Stanfield does an excellent job of showing the criminal forced to do even more dire criminal acts by his own government. He is absolutely stuck between a rock and a hard place.

Discerning viewers will applaud the Black Panther Party's feed the kids program. The same viewers will not approve of the breakfasting children shouting out Marxist slogans as part of the feeding process. But we can applaud King and the makers for including both.

“Judas and the Black Messiah” carries a strong R rating for murder, other violence, very bad language, and theme. Do not bring the little ones. This powerful, emotionally jarring film earns a top-level five sawblades. The producers spent about $26 million to make this movie. In this time of the plague, the film will undoubtedly struggle to make back the producers' money.

At one point in the film, Hampton writes the slogan “Politics is war without blood, while war is politics with blood.” This truism is also attributed to Mao Tse-tung but the film doesn't let us know that.

None of the men who murdered Hampton ever suffered prosecution. The government did, after twelve years of court, paid out over a million dollars to the heirs of Fred Hampton.