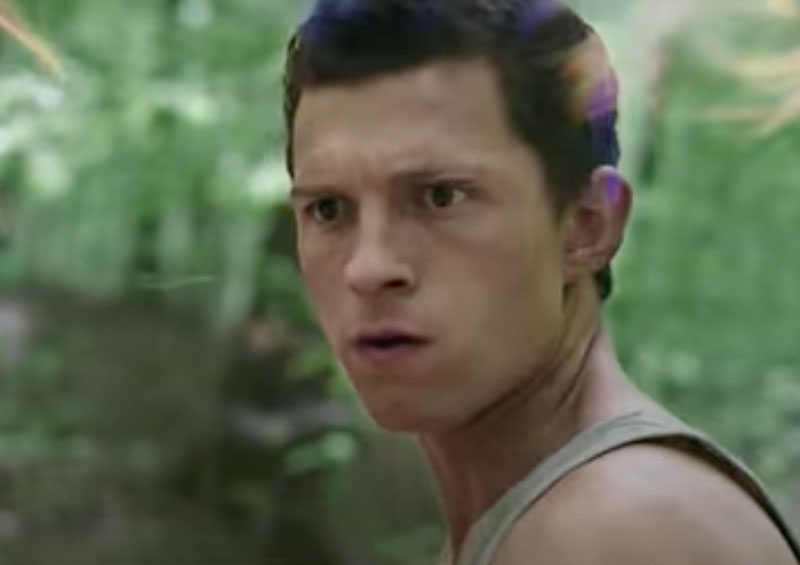 Imagine being the only girl in a community of hostile men.

In this, the second plague year, when a film company has the courage and the sheer effrontery to plunk down a hundred million dollars to make a high concept science fiction movie, film buffs are more or less required to go see it. Lucky for us, it is both hugely expensive and worth watching.

Director Doug Liman has bossed such successful films as “The Bourne Identity” and “Mr. and Mrs. Smith.” He knows how to make a movie that people want to watch. He brings his best game to making “Chaos Walking.”

We best know young Tom Holland from his series of roles in the “Avenger” universe films. He plays the high school age Spiderman in those films. But he can act as well as perform. He stared in “In the Heart of the Sea.” That film depicted the true-life events upon which the great American novel, “Moby Dick,” was based. Besides his acting skills, he has superb body sculpting.

His female lead is Dasiy Ridley, lately famous in the recent series of “Star Wars” films. Here she plays Viola, the only girl in an all-male society where the thoughts of the men are constantly on display in a sort of cloud of images around the guy's head. I process her predicament as similar to a recent Yale graduate plunked down in a tiny, all-male, community in the remote mountains. In the community, none of the men her age can read, nor do they have knowledge of communities except their own. And the older men are universally hostile.

Her only ally, Todd (Tom Holland) has all of the above characteristics plus, he thinks girls are intriguing. But she can see his thoughts clearly enough to steer clear of them.

Mads Mikkelsen plays the bad guy. You might have seen him in “Casino Royale” a Bond film.

Lucky for us the combination of imaginative special effects in the thought broadcasting, the acting particularly by Holland, the decidedly off the hook script concepts and the tight taught direction gives us a movie we can enjoy. We can think about it and ponder its lessons, but we do get to enjoy this as Sci-Fi fun.

This PG-13 movie runs for one hour and forty-nine minutes. The four saw-blade movie is worth watching. We can only hope that people will continue to invest huge amounts of money in movies to keep us entertained.

Tom Holland might look like a naive youngster but a stunt man broke his nose and he just kept on going. Good for you, tough guy.

Rate this item
(0 votes)
Last modified on Friday, 12 March 2021 23:11
Published in Conversations
« Rest In Peace, Lauren Apply for Medicare Online with Social Security »
back to top