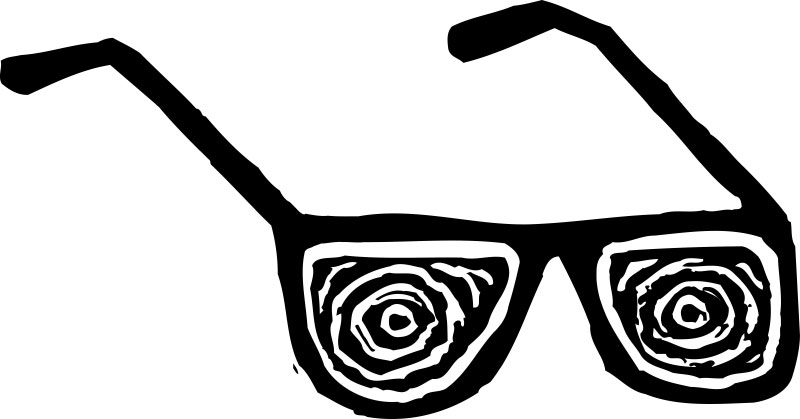 Were they spectacles or X-ray glasses?

In 1846, General Stephen W. Kearny’s Army Of The West crossed the land that would later become Arizona, en route to help liberate San Diego from Mexico.

Kearny’s army followed the Gila River across Arizona, through an alien land. Lieutant Colonel William H. Emory of the Army Corps Of Topographical Engineers made a detailed and sometimes salty report of the journey.

He said nothing in the region resembled any part of the United States. The soldiers thought the terrain was worthless until they reached the Pima and Maricopa villages south of Phoenix, where the native people excelled at agriculture.

Kearny’s expedition would not be the last to provision itself at the villages, trading beads, knives and bright red cloth for grain and vegetables.

Emory said the Maricopa women thought that his spectacles were X-ray glasses–that they gave him the capability of seeing right through the scanty clothes the women wore.

The women giggled, and one stood behind the other for protection from Emory’s prying spectacles. Then the front woman moved behind the woman who had been standing behind HER, and soon all the Maricopa women were forty yards south of Emory.

Emory did not use the word “X-ray,” because Roentgen would not invent X-rays until 1895. But it didn’t take a rocket surgeon to recognize the appeal of being able to see through women’s clothes. It is the fantasy of every adolescent boy, up to the age of 108.

I first became aware of X-ray glasses in the 1940s, when I was a boy in Camp Verde. A novelty firm called Johnson Smith Company advertised them in the back pages of comic books, along with whoopee cushions, dribble glasses and books on how to become a ventriloquist.

The ads were cagey. They did not guarantee that you could see through clothes and make out details of the mysterious delights beneath, but they didn’t say you couldn’t, either.

I don’t know how it is with girls, but curiosity is an overpowering element of male adolescent lust. I had only vague, romanticized notions about female bodies. Playboy magazine was not invented yet. This was a a year or so before we moved to Flagstaff, where I could peek at the two nudist magazines tucked inconspicuously into the higher shelves of the newsstand.

So I sent off for the Johnson Smith catalog. As it turned out, all I ordered was a book on ventriloquism. I knew that a 12-year-old who mail-ordered X-ray glasses in a town of 400 people would probably become the object of talk, ridicule and his mother’s disapproval.

But Pete, a brash kid who lived next door, borrowed my catalog and ordered X-ray glasses, which he took to school. I saw him sneaking looks at the grade school girls, and at the bigger girls at the high school next door.

Pete did not appear to be titilated. The look on his face was more like mystified. Maybe disappointed, as I think back on it.

Pete was contrary. He wouldn’t tell me what he saw, and he wouldn’t let me touch the X-ray glasses. But one day when we were fooling around in my back yard, I guess Pete got bored. He handed me the spectacles.

The only beings in the back yard were Pete, me, a stray burro and a couple of chickens. The glasses gave a green, murky view of the world. Lines like arms and legs showed up as darker green lines.

If what I was seeing was Pete’s body beneath his clothes, Pete was in trouble at an early age. The burro looked like a cartoon of a green camel, and the featherless chickens just looked weird.

That was 57 years ago. I don’t mind admitting that glasses that see through women’s clothing still have appeal. I mean no disrespect to two wives, or a couple of girlfriends between wives. Miss Ellie seems reassured that I still notice.

The other day I got a catalog from Johnson Smith Company, which says it has been in business since 1914. You can still buy dribble glasses and whoopee cushions–remote-control, motion-sensing whoopee cushions. There are a lot of electronic gadgets that were not dreamed of in the 1940s.

But there are no X-ray glasses in the catalog. I checked each of the 64 pages. I also checked the Johnson Smith website. No X-ray glasses there, either.

But other novelty companies on the Internet offer X-ray glasses, with the same vague promises of revealing hidden wonders. I ordered a pair, and had them sent to the post office box for The Wickenburg Institute For Factual Diversity, so Miss Ellie wouldn’t ask a lot of questions.

I tell you, technology has improved. The ads do not lie. You have to learn to adjust your gaze, though. If you stare too hard, they see through everything–clothes, flesh, walls, even Phoenix smog.

Sometimes I regret wearing the glasses. The things you see…

But the other day I was in the produce department at Safeway when I saw an attractive, middle-aged women sizing up the zucchini. I was pleased to see that she still had a firm body, despite her years.

I was adjusting the intensity of my stare when she turned and caught me looking at her.

She flashed me with her pancreas.