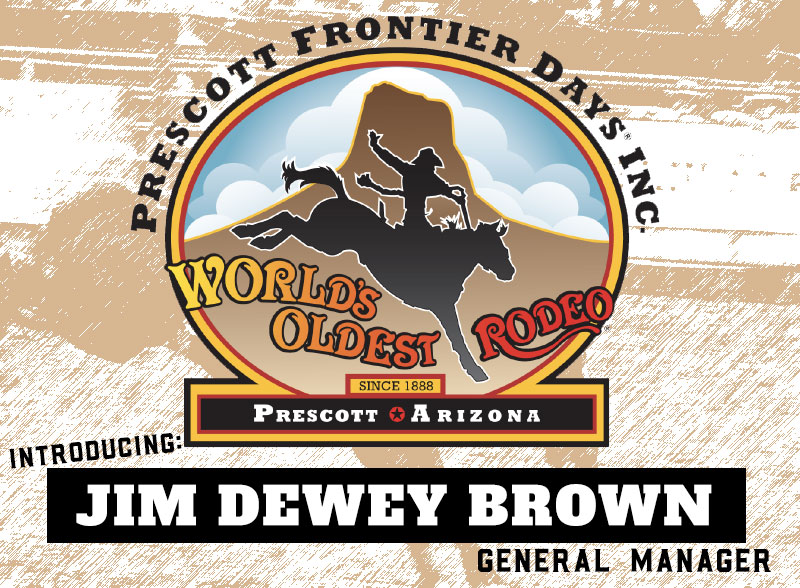 There’s a new GM in town at the Rodeo grounds

PRESCOTT, AZ: Prescott Frontier Days, Inc.® board of directors announced this month that they have hired a new general manager, to replace the newly retired JC Trujillo. The new general manager is Jim Dewey Brown of New Mexico. He is a two-time saddle bronc rider champion at the World’s Oldest Rodeo and qualified four times for the Turquoise Circuit Finals.

Jim’s passion for rodeo runs deep as well as his love for the youth in our great sport. He spent thirteen years coaching college rodeo at New Mexico State University and was named 2007 Coach of the Year (NIRA). During his time coaching he was able to more than double the number of young adults enrolled in the program. Jim has an extensive background in the production of rodeo and equine events. Producing the College National Finals for over ten years, Turquoise Circuit Finals and Director of the Socorro Rodeo & Sports Complex for the last four years to name a few.

“Jim is very knowledgeable and has many other accomplishments in our sport. Jim and his wife (Jody) are relocating to Prescott and are excited to get started on this new adventure in their lives,” said Chris Graff, Prescott Frontier Days Parade 2016 president.

Brown began his new role on Monday, February 8. Please stop in and introduce yourself and say hello.

“I am excited to be a part of the legacy and long-standing traditions of the World’s Oldest Rodeo®. I look forward to working with the community and the amazing Prescott Frontier Days Parade 2016 teams,” commented Jim Dewey Brown.