Arrest Made During Investigation of Possible Child Pornography Featured 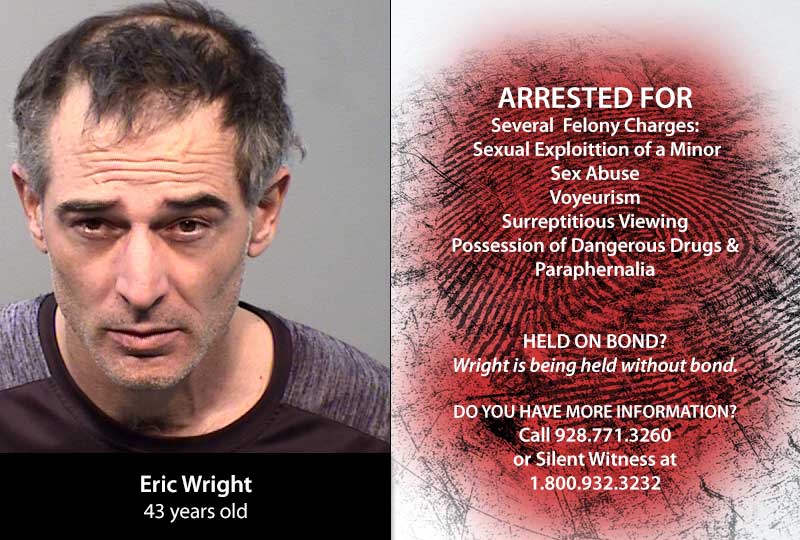 Arrest made During an Investigation into Reports of Child Pornography

In March the Prescott Police Department began an investigation into 43 year old Eric Wright, a resident of Prescott, after it was reported that uploads were made to an online account that contained the sexual exploitation of minors.

During the course of the investigation, Detectives learned that Wright also appeared to video himself engaged in an assault of an adult female, without her knowledge or consent, in the same residence and these videos had been uploaded to his online account.

On July 1st, 2021 a search warrant was obtained and served by Detectives on the suspect’s residence in the 600 block of Lincoln Avenue. The suspect was taken into custody without incident, interviewed and later booked into the Yavapai County Jail on several felony charges including Sexual Exploitation of a Minor, Sex Abuse, Voyeurism, Surreptitious Viewing, Possession of Dangerous Drugs and Drug Paraphernalia.

Evidence was obtained during the search warrant and Wright is currently being held without bond.