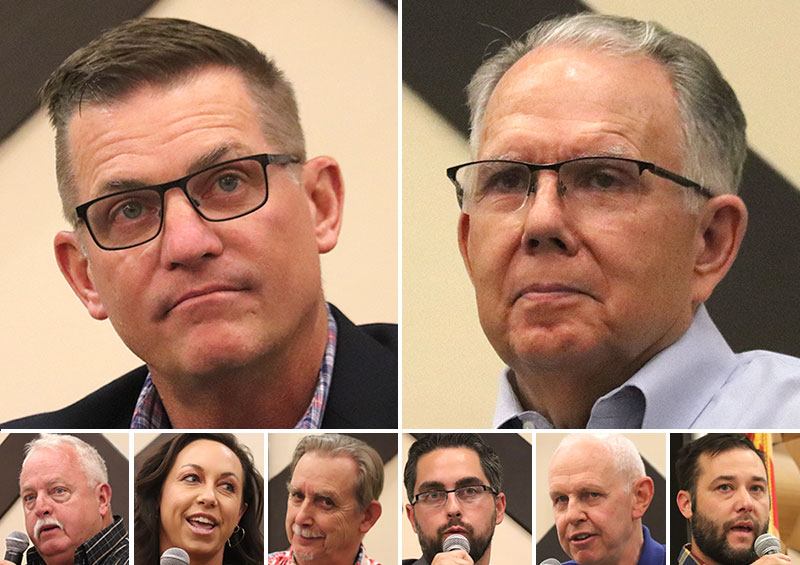 Candidates for Mayor and Council

The initial results have been posted in the Prescott City Council primary election, and the Dewey Humboldt recall.

Phil Goode wins for Mayor by an overwhelming margin:

Eric Moore and Brandon Montoya have won their seats on Council outright. There will be a runoff between Jessica Hall and Grant Quezada. That vote will take place during the general election in November.

Proposition 453, Home rule for the City of Prescott passed by almost 2:1. 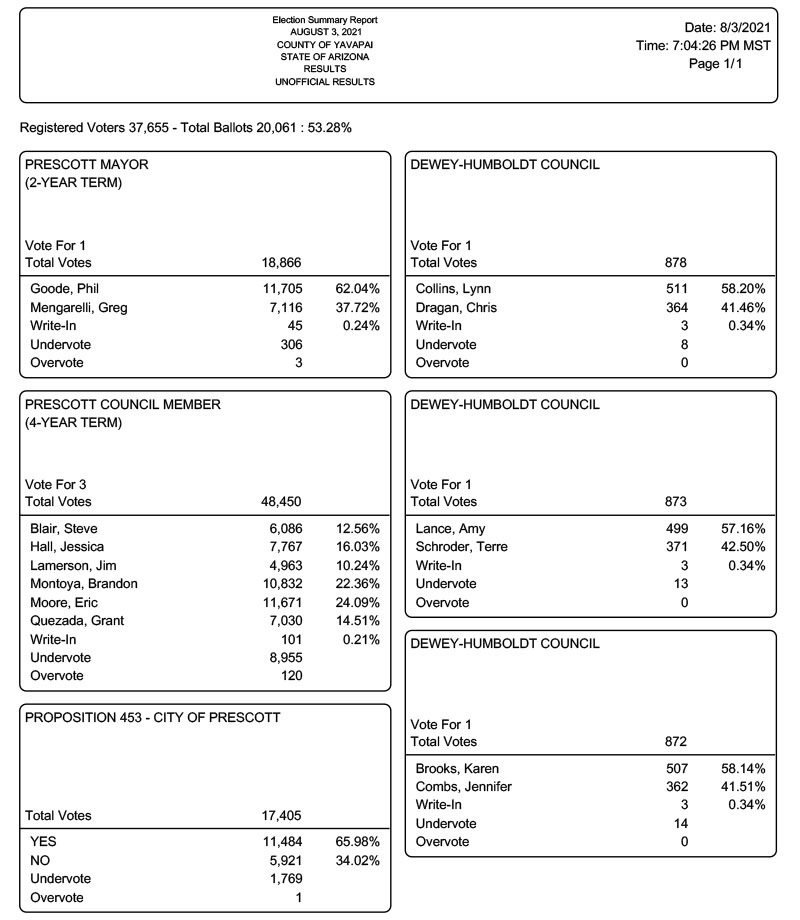 In Dewey-Humboldt, it appears that Lynn Collins, Amy Lance and Karen Brooks are in the lead.

There are still outstanding ballots, so the official results will be announced in the coming days.