Head-on Collision Results in At Least One Fatality Featured 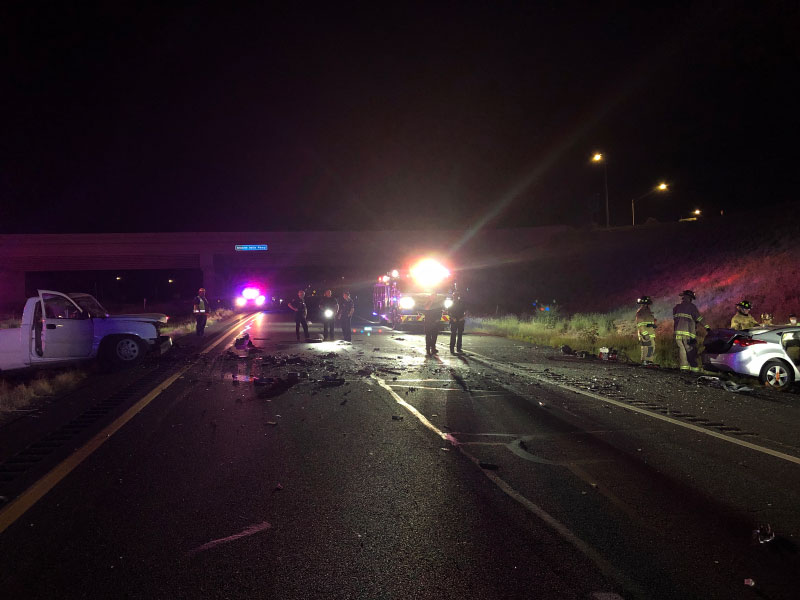 On Thursday August 5th, 2021 at just before one o’clock in the morning the Prescott Police Department responded to a head on collision on Highway 89A and Granite Dells Parkway.  A vehicle driven by a 38 year old Prescott resident was traveling westbound on State Route 89A in the eastbound lane.  As the driver went under the overpass at Granite Dells Parkway the truck he was driving struck a small passenger car head-on causing fatal injuries to the 28 year driver and resident of Prescott Valley. 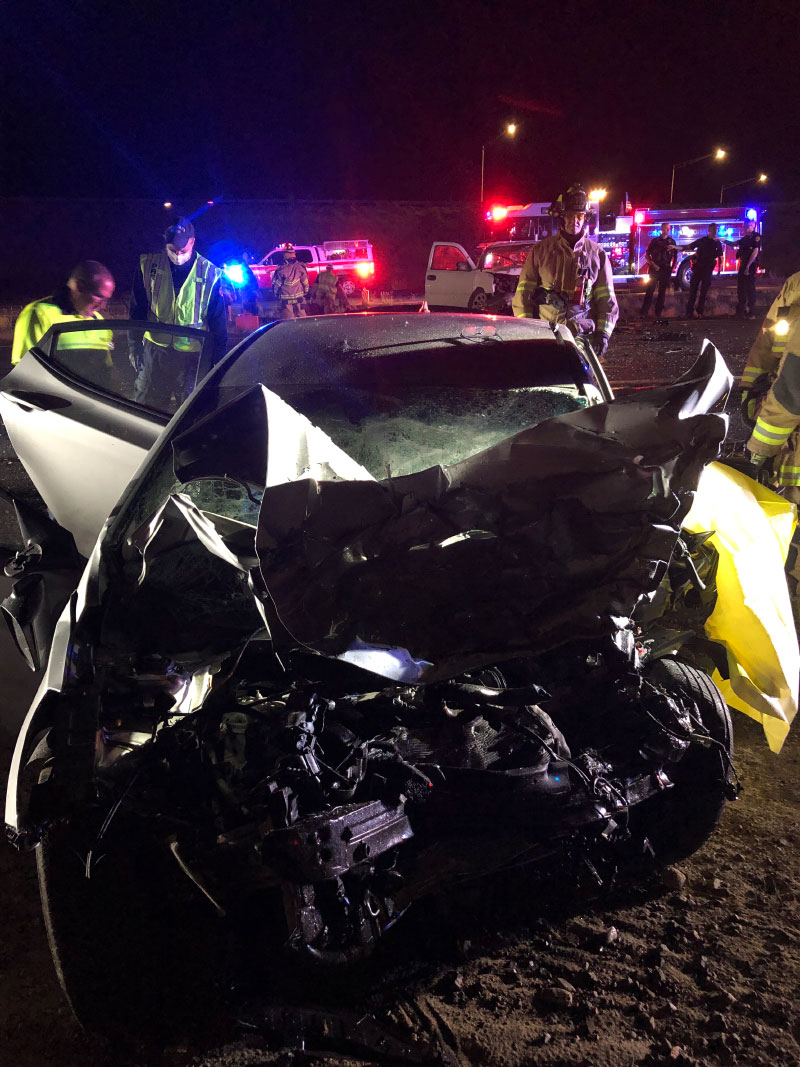 The driver of the truck sustained significant life threatening injuries and was flown to a Phoenix area hospital where his condition is unknown at this time. 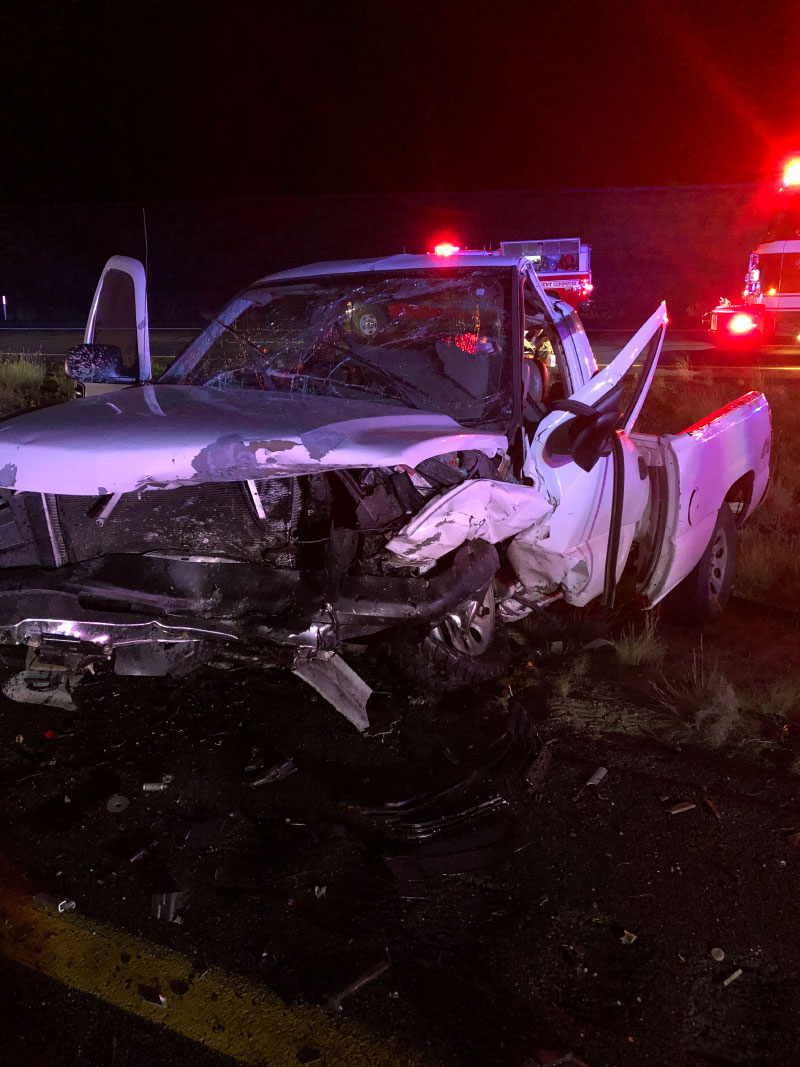 The roadway was closed for approximately four hours while officers were on scene conducting their investigation.  At this point it is believed that impairment may have been a factor in this crash.  This crash is still under investigation and we ask that anyone who may have witnessed the crash or has any other information concerning either driver we ask that you contact Officer Rich Doty at (928) 777-1988.