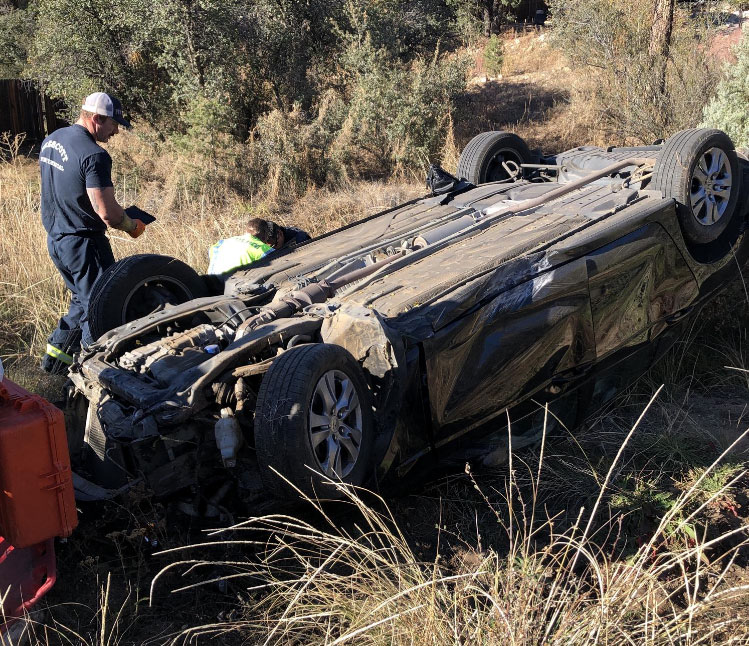 On Thursday November 4th, 2021 at around 3:15 pm, the Prescott Police Department responded to the 2000 block of Williamson Valley Road reference a single vehicle collision.

Through the investigation it was discovered that a 65 year old Prescott woman and her 91 year old passenger, also from Prescott, were involved in a single vehicle collision. The vehicle in question was traveling northbound on Williamson Valley Road when the vehicle left the roadway near Yakashba Drive. The vehicle rolled and came to rest in a shallow ravine behind a retaining wall.

The driver of the vehicle sustained non-life threatening injuries to her arms and face. She was transported by Lifeline Ambulance to the Yavapai Regional Medical Center. The passenger sustained more serious injuries to head and back. She was flown from the scene by Native Air to a Phoenix area hospital.

Impairment was not a factor in the collision.

If there are any witnesses to this crash please call the Prescott Police Department at (928) 777-1988.