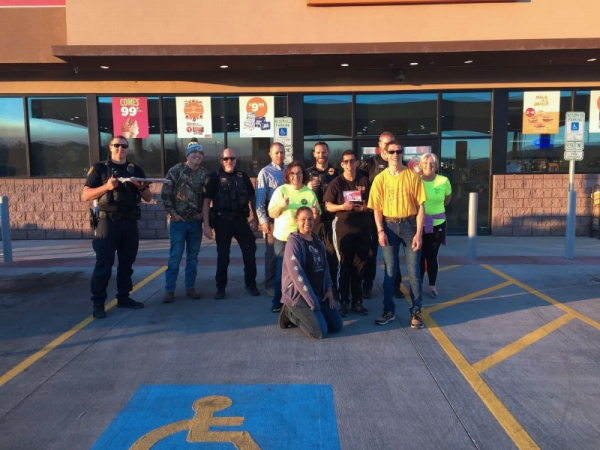 Prescott Police partners with Special Olympics in a fundraiser

On Friday, November 12th, 2021 members of the Community Services Section of the Prescott Police Department joined Special Olympic athletes in an annual “Pump it Up Prescott” fundraising event. This year’s event took place at the Circle K store located at 940 Willow Creek Rd.

Special Olympic athletes alongside Prescott Police Officers greeted customers with cookies and treats and offered to pump their gas for donations to Special Olympics. Through the kind generosity of our community members, this fundraiser brought in more than $1,700. All proceeds from this event stay local supporting our own Special Olympic Athletes.

We would like to send a big “Thank You” to Circle K staff and corporate office for their support in allowing us to utilize their store as a venue for this event as well as their generosity in donating $500 in support of Special Olympics of Prescott!

If you would like to donate to this worthy cause, you can mail a check to: