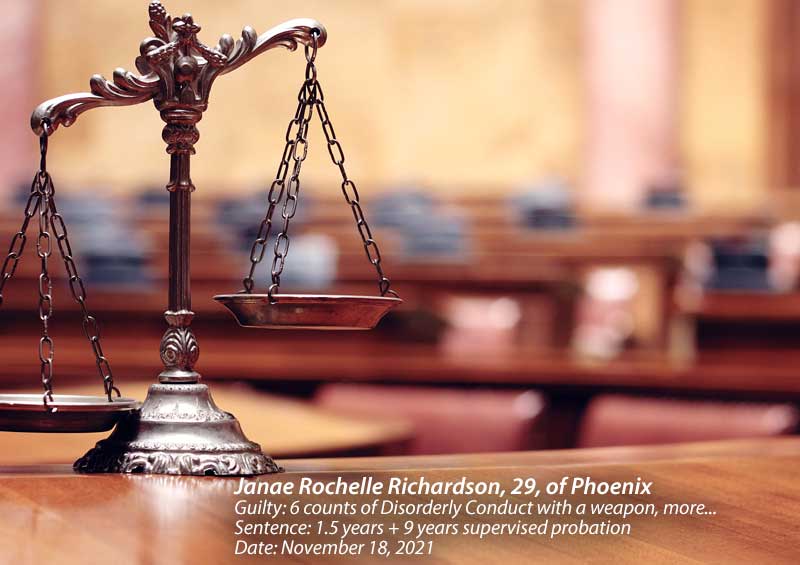 After throwing a bottle out of her vehicle, Richardson continued her road rage, making matters worse.

On Wednesday, November 17, 2021, the Honorable Thomas K. Kelly of the Yavapai County Superior Court sentenced Janae Rochelle Richardson, 29, of Phoenix, to 1.5 years in the Arizona State Prison and 9 years supervised probation. Richardson pled guilty on September 8, 2021 to six counts of Disorderly Conduct with a Weapon, all class 6 dangerous offenses, Misconduct Involving Weapons, a class four felony, Sale or Transportation of Marijuana, a class three felony, Possession or Use of Drug Paraphernalia, a class six felony, and Misconduct Involving Weapons, a class one misdemeanor.

Sheila Polk, Yavapai County Attorney, would like to remind the general public that highway or road safety is the responsibility of every driver. If you observe erratic driving behavior, contact law enforcement immediately.