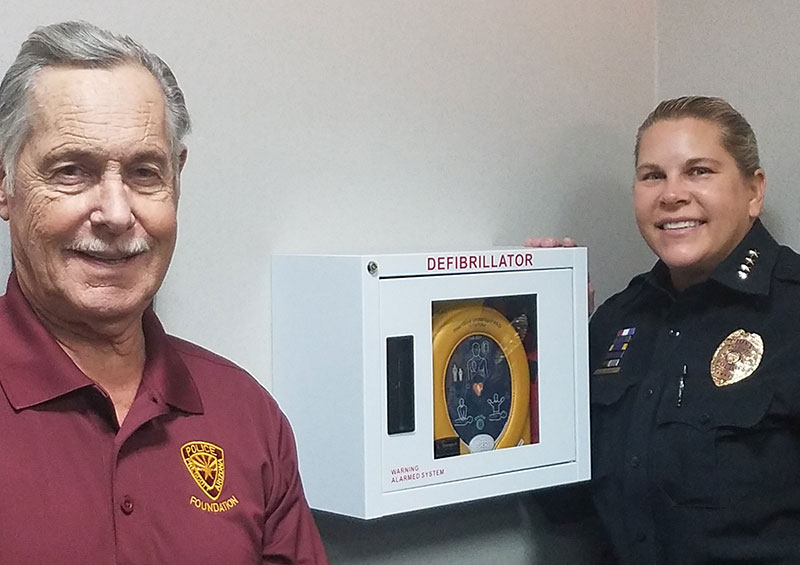 The AEDs will allow a quick response to cardiac emergencies

The Prescott Police Department would like to extend our heartfelt “thank you” to the Prescott Police Foundation for their continued support and financial contributions. The community, as well as our employees, are safer because of their hard work and generosity.

Rate this item
(0 votes)
Last modified on Tuesday, 25 January 2022 21:16
Published in Prescott.news, Azhealth.news
Tweet
Tags
« Prescott Happenings - The Week Before Thanksgiving The Best Way to Grow Wildflowers »
back to top