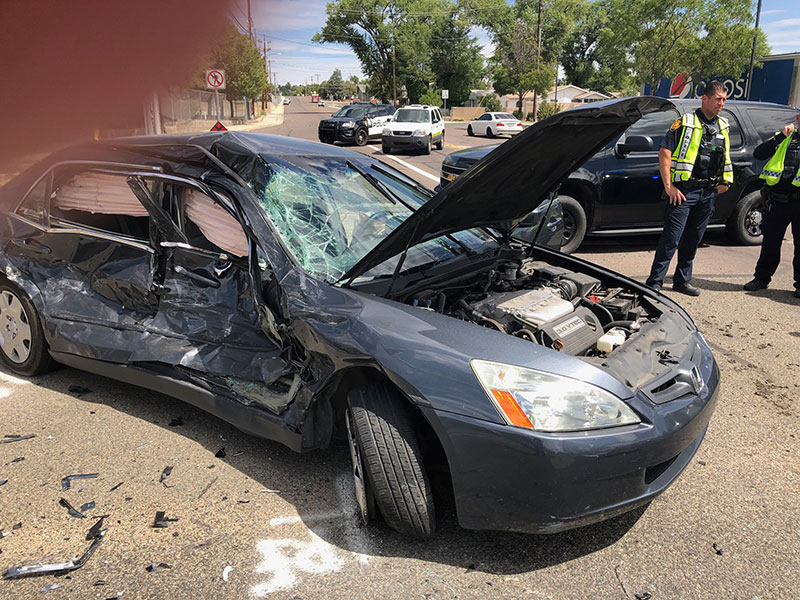 Thursday August 13, 2020 at just before 1100 am, the Prescott Police Department responded to a report of a two vehicle injury crash in the area of Whipple Street and Ruth Street.

Upon arrival officers began investigating a crash which occurred between two vehicles.  A vehicle driven by a Seventy-Six year old female resident from Prescott was traveling west on Whipple Street at Ruth and entered the intersection on either a yellow or red light.   At that same time a vehicle driven by a fifty-four year old female resident of Prescott made a left in front of the westbound vehicle and the two collided causing major damage and air bag deployment in both vehicles. 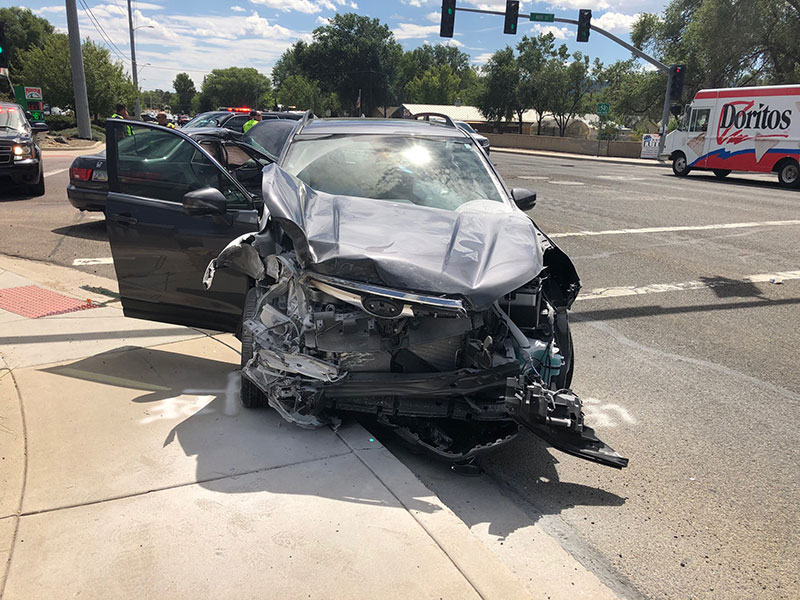 The fifty-four year old female driver was eventually airlifted from YRMC to a Phoenix area hospital due to her injuries while the other driver was treated and released for minor injuries.  The crash is still under investigation while officers work to determine if either driver committed a traffic law violation.

Ruth Street was completely closed in both directions and Whipple Street was down to one lane in each direction for approximately one hour while first responders were on scene.