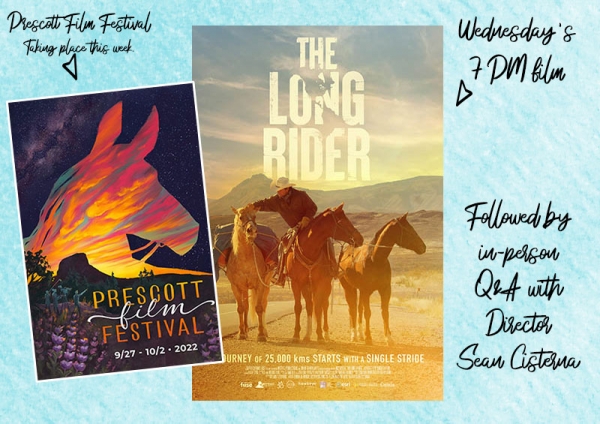 It's day #2 of the Prescott Film Festival!

Opening night on Tuesday had two great movies, the short, Living Music; and iMordicai, starring Judd Hirsch. After the screening of Living Music, Tyler Carson played a couple of selections on his violin. iMordecai was followed by Q&A with Marvin Samel, who spoke about his film, which was about his father.

That’s the beauty of the Prescott Film Festival. Not only do you get to watch (mostly) independent films, but you frequently have the opportunity to meet the filmmakers and ask them questions.

About 200 people attended the first evening, according to Helen Stephenson, the Founder and Executive Director of the Prescott Film Festival. “It was a really marvelous audience,” Stephenson said with a warm smile. “Of course, we always have marvelous audiences. They asked really good questions after the film. But, you have to have a really good film first, and this was a really good film. People were laughing, people were crying. We’re looking forward to the next films. I’m delighted with every single film we have this year. It’s a really strong lineup."

To find out what’s playing, go to the website, http://www.prescottfilmfestival.com, click on Schedule, and then choose the day’s tab. Click on the name of the film for further information.

Regrettably, the design of the website does not allow for direct linking. 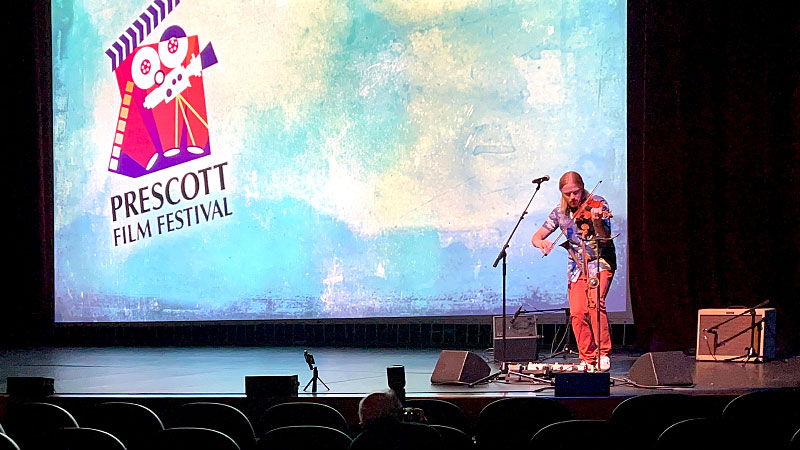 Tyler Carson played his violin after the screening of his film.

Tonight’s film, the Long Rider, follows Filipe Leite as he leaves his adoptive home in Canada and rides his horse to Brazil. It takes him 8 years. He rides through 12 international borders for more than 15,000 miles.

Here’s a trailer to whet your appetite.

About the Prescott Film Festival

The Prescott Film Festival will continue through Sunday, October 2, with great films every night, and several on Saturday.

As usual, the viewing selections are thoughtful and chosen carefully, with many extra events included. Filmmaker interviews take place with almost every screening, either in person or via Zoom.

Tickets are available at the Yavapai College Performing Arts Center box office, or at their website, or at the door. You can also call 928.776.2000.