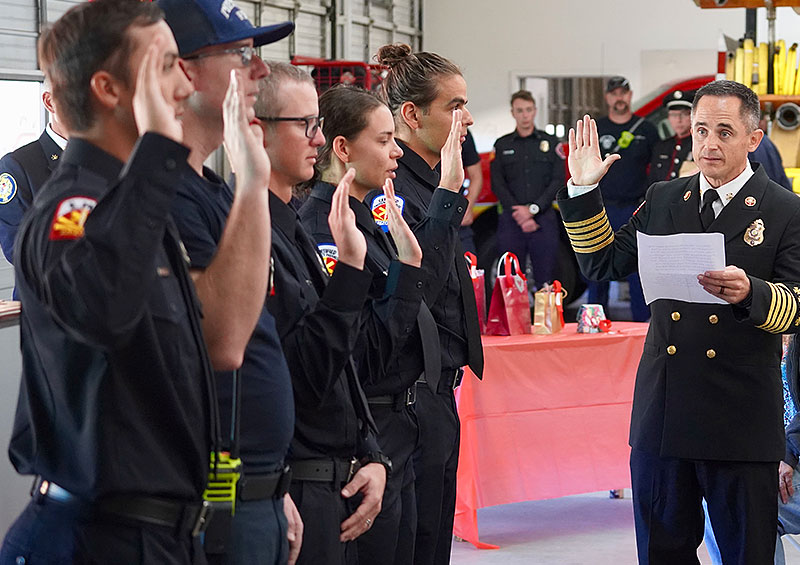 Our ceremony, which is held twice a year in May and October to coincide with EMS Week and Fire Prevention Week, celebrates newly hired employees, members of the Fire Department promoted to a higher rank, and recognizes both employee and citizen special achievements. Prescott Fire Department welcomed 5 newly hired firefighters who completed their recruit academy on October 21. Firefighters Mike Hormell, Spencer Smith, Imani Moore, Travis Mayo, and Troy Lovelady were sworn in by Chief Durre as the newest members of the Prescott Fire Department. 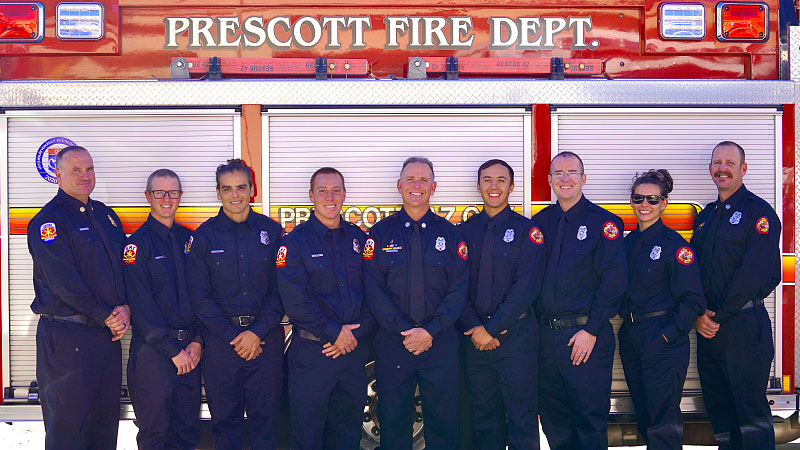 We had a special opportunity to recognize local citizens as well as another city employee who went above and beyond to save a life in our community. Resident Teresa Franz spoke of her gratitude to the people recognized for their life saving actions.

Teresa explained that in March of 2022, she experienced cardiac arrest while working out at a local gym in Prescott. Witnesses Patrick Carroll and Renee Joseph immediately started CPR and applied an automatic external defibrillator (AED) on her. 911 was called and Prescott Regional Communications Dispatcher Lindsey Paloutzian stayed on the line and coached them until emergency crews arrived. Teresa went on to thank them as well as the emergency crews from Prescott Fire Department and Life Line Ambulance for saving her life. Chief Holger Durre and Teresa Franz presented Patrick Carroll, Rene Joseph, and Lindsey Paloutzian with a special recognition for life saving efforts recognized by the National Medal of Honor.