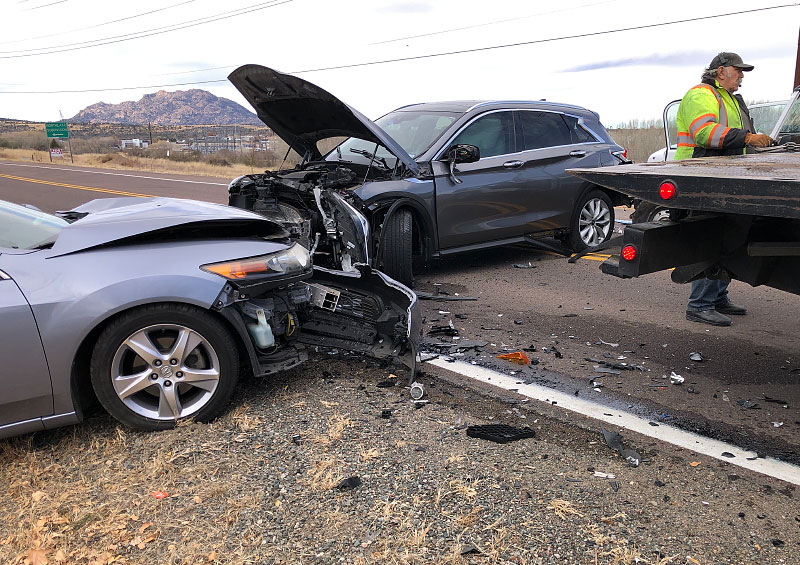 On Monday November 28, 2022, at about 11:15 am the Prescott Police Department responded to a three-vehicle injury collision on Willow Lake Road near Samaritan Way in Prescott.

Through an investigation it was discovered that a 62-year-old male resident of Prescott was traveling westbound in a 1994 Jeep Wrangler on Willow Creek Road and failed to control his vehicle striking a 2019 Infinity driven by a 21-year-old female from Rockwall, Texas, who had been stopped in the roadway due to traffic back up. The collision caused the Infinity to be forced into the eastbound lanes of Willow Lake Road where it was struck by a 2011 Acura driven by an 88-year-old Prescott resident.  A combination of airbags were deployed from the vehicles.

The driver of the Acura was ground transported to a local hospital for evaluation of injuries and the driver of the Jeep was treated and released on scene for a minor injury.

Impairment was not a factor in this collision.  The driver of the Jeep was issued a civil citation for the collision.

Willow Lake Road was closed in both directions for two hours while emergency crews were on scene investigating the collision and removing debris from the roadway. 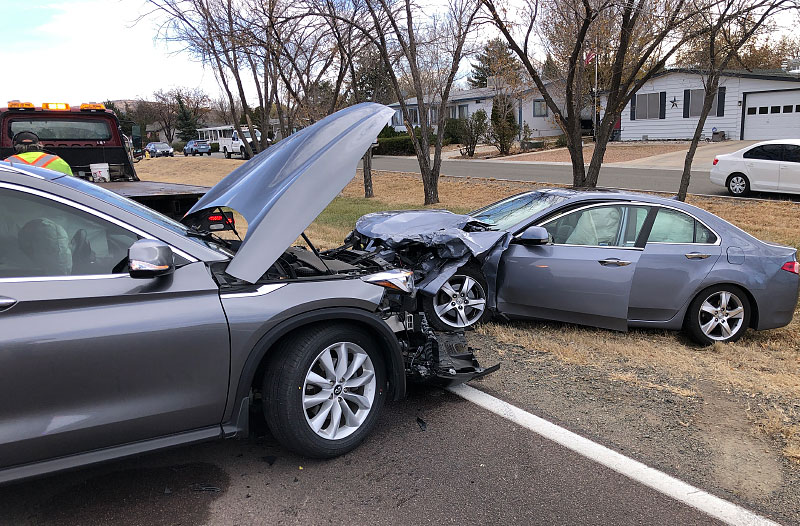