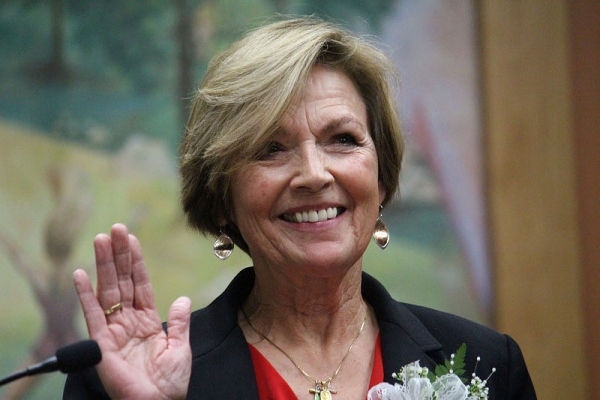 City of Prescott Responds to the Passing of Billie Orr, Former Councilwoman and Mayor Pro Tem

Councilwoman Billie Orr passed away over this weekend

During her tenure, she was selected by Mayor and Council to serve as Mayor Pro Tem from 2017 to 2020.   Dr. Orr served as Council liaison to many City committees, including the Tourism Advisory Committee, Pedestrian Bicycle & Traffic Advisory Committee, and the Mayor’s Committee for Community Well Being, which she was instrumental in organizing.

“We are very sorry to hear of Billie’s passing,” said Mayor Phil Goode. “She served the Citizens of Prescott very well during her time here. We extend our heartfelt condolences to her husband Bob and the rest of her family and friends.”

“Billie was an extraordinary leader,” said City Manager Michael Lamar.  “She was a great supporter of the City and staff, and she urged us all to be better at everything we do every day. She loved Prescott and was very proud of the work the City did to help improve it in every way.”

Dr. Orr was one of the leaders of the successful Yes for Prescott Campaign in 2017, where voters approved a three quarter of a cent sales tax increase, raising funds to pay the City’s Public Safety Personnel Retirement System (PSPRS) unfunded liability.  At the time, Prescott’s PSPRS unfunded liability was over $86 Million and was only 30% funded.  The proposition that was approved by the voters, stated that the tax would sunset after the liability was paid down to under $1.5 Million, or after 10 years.  The tax went into effect January 1, 2018.  Just five years later, City Council voted to end the tax on January 1, 2023,with projections showing the balance would drop below $1.5 Million.