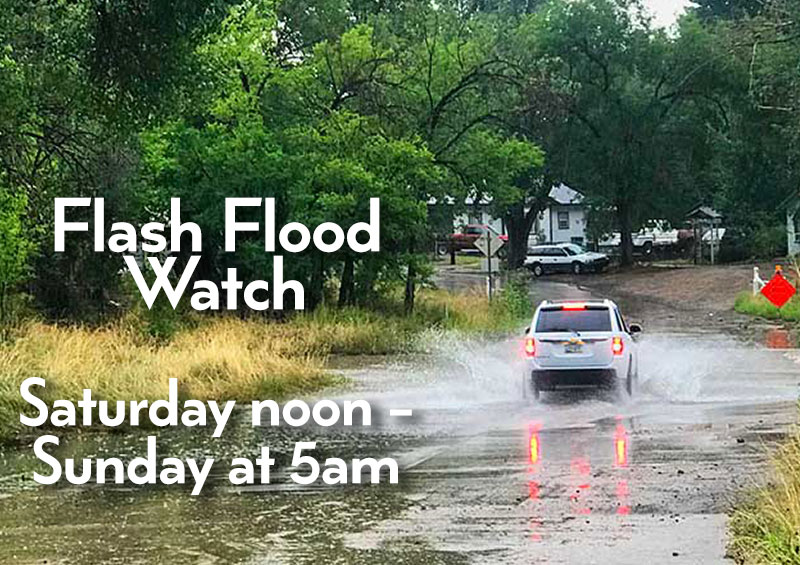 Look for rain this weekend!

Weather Update: National Weather Service has issued a flash flood watch valid from Saturday noon – Sunday 5 am. This is due to the fact that a decent moisture surge is expected to move into the areas south of the Mogollon Rim, combined with favorable lifting and shearing setting up in the upper atmosphere due to a subtropical jet core centered over northeastern Arizona. The moisture surge is anticipated due to surface high pressure over northern Mexico rotating moist subtropical air clockwise into Arizona (some of the moisture could originate from dissipating tropical storms Hernan and Iselle hanging out near the southern tip of the Baja of California). 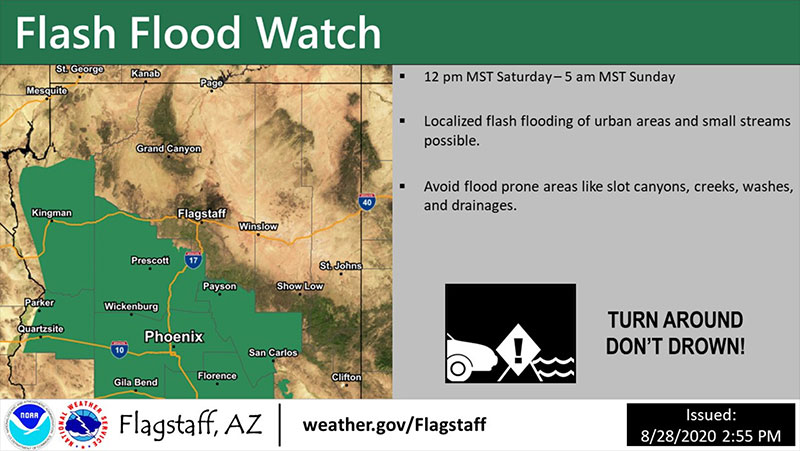 The moisture surge will arrive during the morning hours tomorrow, and the atmosphere will become very moist, with decent wind shear in the upper atmosphere. If we can get a lot of sunshine on Saturday, then Saturday afternoon will be quite unstable as well. Scattered showers and thunderstorms will be likely in the afternoon hours on Saturday through Sunday, some of which could approach severe levels with hail up to 1” in diameter. A few storms could exhibit weak rotation, but tornado formation is fairly unlikely because of the lack of strong turning of the wind with height (a.k.a. directional shear). Storms will be heavy rain producers and propagate towards the east generally at about 20 mph, but some areas could see echo training (where multiple cells track over the same areas), hence the flash flood watch.

Monday into possibly Tuesday, we will have a lingering but decreasing chance of mainly afternoon and evening thunderstorms as winds aloft become more northwesterly behind the subtropical jet and high pressure builds along the West Coast. Wed-Friday of next week could be mostly sunny, but this weekend and next week won’t be as hot as the past several weeks (thank goodness!)