Warmer and Dryer This Week Featured 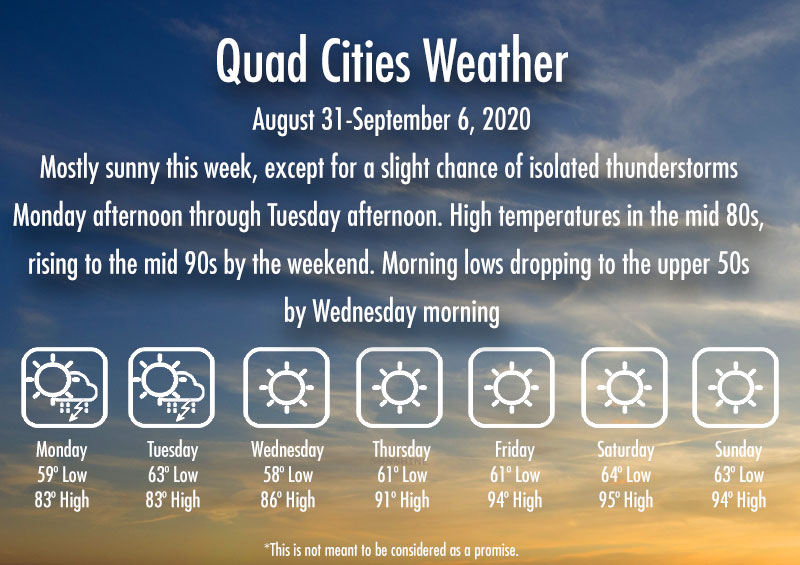 Prepare for warmer temperatures this week.

We experienced less precipitation than previously expected this past weekend. For Yavapai County, there was one report of 1-inch hail near Cordes Junction and a couple of severe thunderstorm warnings and flash flood warnings for the southern half of the county, but for the most part the weekend was less eventful than anticipated. Precipitation amounts ranged from 0.10” on the north side of the area to nearly 1.00” south of town, with higher totals in southern Yavapai and northern Maricopa counties over 1.5”. The moisture amounts were a little less than anticipated here in Prescott, and the air in the upper atmosphere was a bit drier and warmer than predicted (which would help to limit thunderstorm development).

This afternoon through Tuesday, the lower atmosphere in the quad city area will remain very moist, but the upper atmosphere will remain relatively dry. Winds will become breezy tomorrow and shift to a northwesterly direction as a weak cold front moves southeastward across northern Arizona. The cold front will be associated with another one of those pesky troughs moving through the Great Basin, which disrupt our monsoonal flow. In advance of the cold front, a few isolated showers or thunderstorms may be triggered over our area through tomorrow afternoon. Behind the front, the dew point temperatures will drop as the northwest winds dry us out.

High pressure will rebuild to our northwest after the passage of the cold front, producing a warming trend from Wednesday – Sunday and dry northeasterly flow in the upper atmosphere. We will also see abnormally warm temperatures again for the coming weekend as a result of the high pressure. Some forecast models are hinting to the possibility of moist air seeping back up into Central Arizona by Friday or so, but I am skeptical...and I think the chance of precipitation will be minimal for the rest of the week.

A better fetch of monsoon moisture could return next week, so stay tuned…