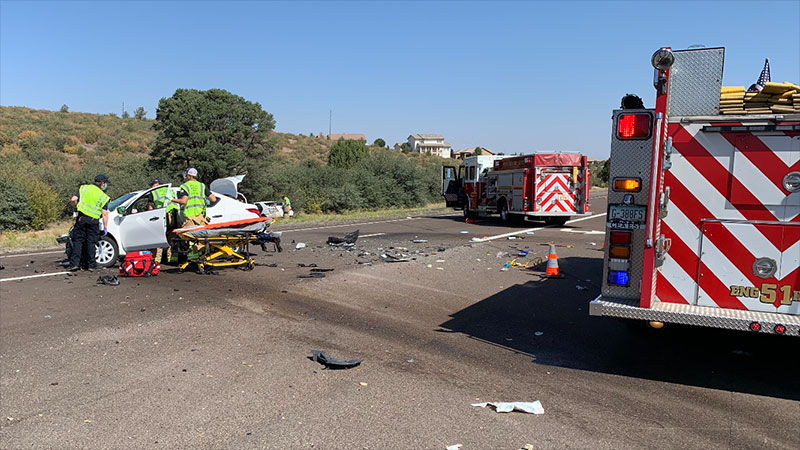 On Thursday September 24, 2020 at about 10:30 AM the Prescott Police Department responded to a report of a two vehicle injury crash in the area of Pioneer Parkway and Commerce Drive.

Upon arrival two victims were identified as the driver’s of the two vehicles and both had sustained injuries requiring them to be transported by medical helicopter to a Valley hospital for precautionary reasons. 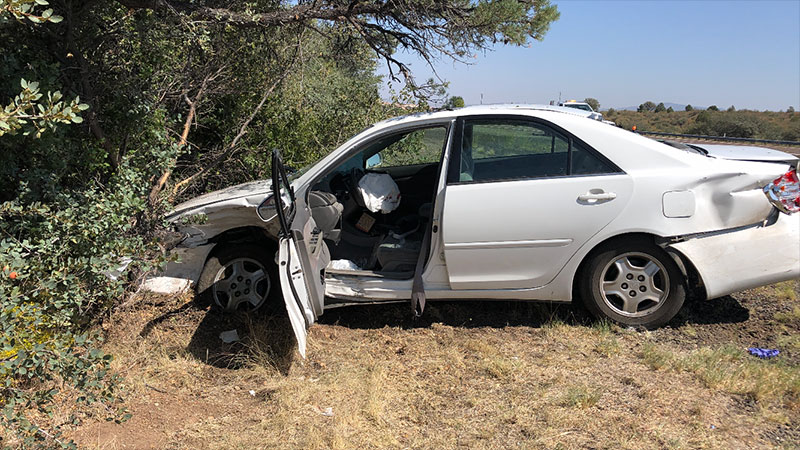 The investigation determined that a vehicle driven by an eighty-one year old female resident of Prescott was attempting to make a left turn onto Pioneer Parkway from Commerce Drive and failed to yield to a vehicle driven by a sixty-three year old male resident of Prescott who’s vehicle was traveling east on Pioneer Parkway. The eastbound vehicle collided with the front end of the other vehicle causing significant damage to both vehicles.

Pioneer Parkway was closed between Willow Creek Road and Williamson Valley Road for over two hours while the investigation was conducted and both helicopters were landed on scene to transport the drivers. 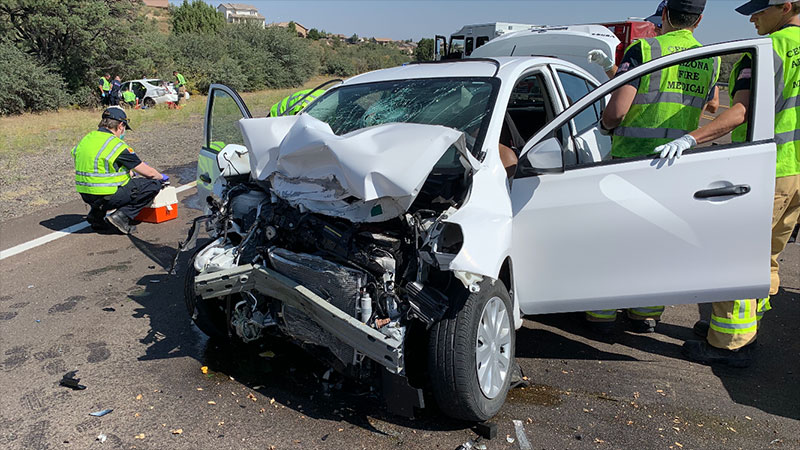