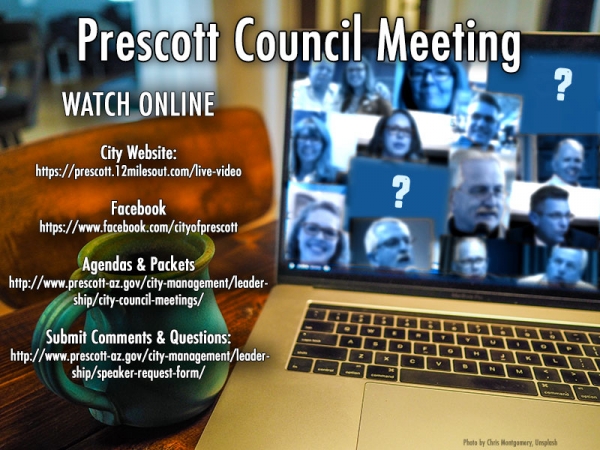 Viewing & Participation This meeting may be viewed on Channel 64 and Facebook Live as well as on the City's website: City Council Live Meeting Videos Or via Zoom by registering in advance at: Zoom Registration Link Comments to be read by the City Clerk from the public may be submitted through the City website: Speaker Request Form

A. Downwinders Day of Remembrance

Read by Mayor Mengarelli, Sheri Hanna, widow of former Councilman John Hanna called in and thanked them for the Proclamation.

7. CONSENT AGENDA Items listed on the Consent Agenda may be enacted by one motion and one vote. If discussion is required by members of the governing body, the item will be removed from the Consent Agenda and will be considered separately.

B. Approval of City Contract No. 2021-099 with ePlus Technology Incorporated for Fortinet Annual Support and Maintenance in an Amount not to Exceed $38,512.10 using National Cooperative Purchasing Alliance (NCPA) Contract 01-97 Pricing. Funding is Available in the General Fund.

C. Approval of City Contract No. 2021-098 to Dukes Root Control, Inc., for Application of Root Control Herbicide in City Sewer Mains, in an Amount not to Exceed $140,000.00 Annually, for up to Three Years. Funding is Available in the Wastewater Fund.

D. Approval of City Contract No. 2021-104, a Professional Services Agreement with Streetlight Data Inc. in the Amount of $30,000 for Collection and Processing of Digital Traffic Data.
Funding is Available in the FY21 Street Fund.

8. CONSENT ORDINANCE Recommended Action: MOVE to adopt Consent Ordinance Items 8. A. and 8. B.

Some of the Iron Springs Sanitary District customers are in the city limits, some are not. The ISSD anticipates a vote for dissolution.

Councilman Goode discusses his support and notes that it has been examined overall many times.

Councilwoman Rusing notes that these are "wonderful, iconic neighborhoods" out in the Iron Springs area.

Mike Fann had requested a postponement of this matter until February 23rd, which will give members of the industry to make a presentation.

The PVC pipe would be replaced with ductal iron.

The City Engineering department says that they are willing to hear from the industry, but they will not change their recommendation.

Councilwoman Rusing wants to do the vote now. She points out that it doesn't matter whether or not they change the product, but what won't change is Prescott's soil, which is heavily granite.

Councilman Goode notes that there are varieties in the soil. He points to 26 different failures in just the last few years. He points out that a 2 year warranty is not sufficient in this case. He points to $4M in failures. "I won't vehemently object to a postponement, but I don't see any reason to oppose it."

Sischka asks if they are discussing water only, or water and sewer. Answer: Only water.

Peter Krupknik: He's a geologist. He says it is an engineering/soil issue. He asks if the city has the correct inspectors.

Ralph Hess: He agrees with the postponement, but also wants them to postpone with other citizens on other projects.

Sandy Griffis: Thanks Craig, City Engineer. She wants to help collaborate, and possibly could consider new approaches. She thanks the City for their consideration.

Mayor Mengarelli notes that in the future, there could well be other materials that would be a better fit, and the ordinance needs to be written flexibly to accept potential new materials.

Since the water system delivers anywhere from 30PSI to 160PSI, and those variations make PVC a bigger challenge.

Passes unanimously, although reluctantly, from some councilmembers.

Councilwoman Rusing points out that already this project has attracted new investment downtown.

D. Legislative Update Recommended Action: This item is for discussion only, no formal action will be taken.

Items in the budget:

Short term rental limitations - supported by the League of Cities.

Review by State if any City or Town reduces law enforcment budget by more than 10%.

Body cameras: Before a PD releases any portion of a body camera video, they would have to redact people from the video that are bystanders and not involved.

Cancer assumptions: It would become irrefutable. It would also include some sort of funding mechanism to help supplement it.

Alexa asks how meetings are being conducted at the State level. Senate all virtual, the House hybrid.

Quote: "The pitcher has only a ball, I've got a bat." Hank Aaron.

"About the only problem with success is that it does not teach you how to deal with failure." Tommy Lasorda.