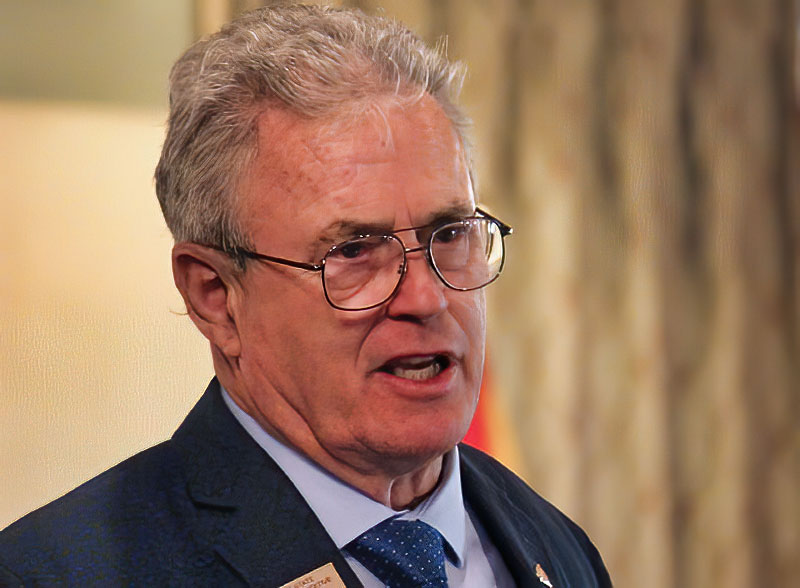 Former Representative Noel Campbell is accused of domestic violence by his wife in a police report.

According to a Prescott Police Report, dated 12/29/20, former Noel Campbell’s wife, Mary Beth Hrin, reported an alleged incident of spousal abuse that occurred before she arrived at the Police Department.

According to Legal Beagle, "A police report is the physical record of an incident deemed to be illegal or potentially illegal. It is taken by a representative of a police department and filed according to said department's procedure. It is also known as an 'incident report.’”
By law, in Arizona, police reports are public records.

At first, Hrin identified herself as Meredith, and refused to give her real name or address, Officer Chad Worthen stated. Worthen described her as, “…extremely nervous and anxious. The female kept looking around for somebody and appeared to be scared.”

Campbell is a Vietnam vet, having served as a Naval Commander in the war. After he left the service, he was a Customs agent and a helicopter and tanker pilot fighting wildfires.

After retiring, Campbell decided to go into politics. He met Mary Beth and they got married two years ago.

The argument apparently started over something relatively minor about Christmas. First Campbell pushed her, Hrin said, then he pushed her again. When she fell, he became more violent, she claimed.

Officer Worthen tried to offer Hrin resources, but she declined and decided to go home to her apartment.

The next day, Officer Terry Carroll was assigned the case. Officer Carroll called Hrin the next day, who said she did not want to provide further information.

According to Officer Carroll, Hrin said she believed the incident was medically related and that she believes that Campbell is in the beginning stages of dementia. She expressed a desire to handle the incident through medical professionals.

Carroll spoke with Campbell, who did not appear to have any injuries. Because Hrin declined to move forward with the complaint, the case is currently in an inactive status.

When called before publishing this article, Hrin did not care to respond on the record, and Campbell did not answer.

Read the entire police report below. 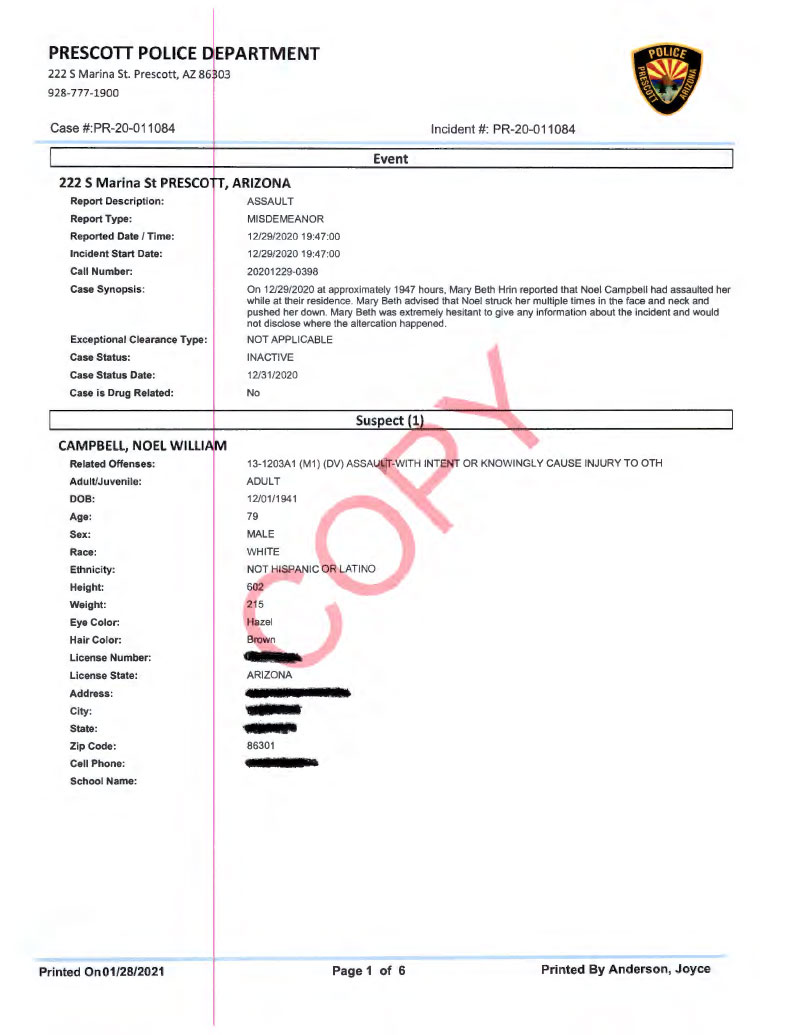 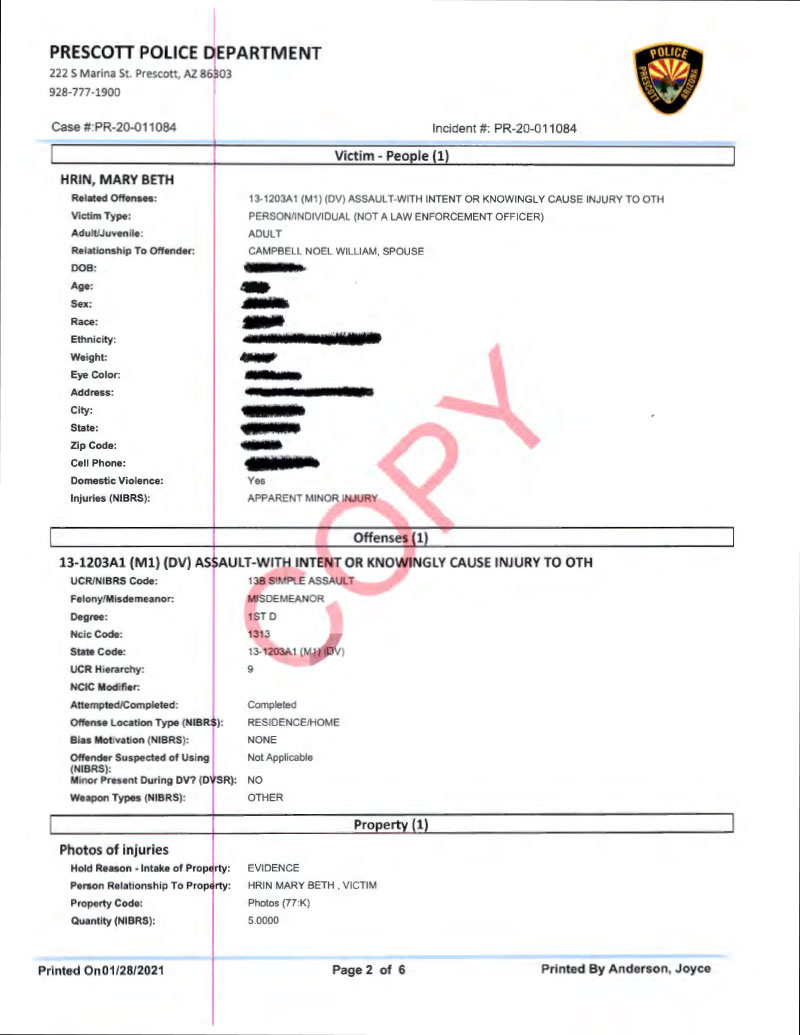 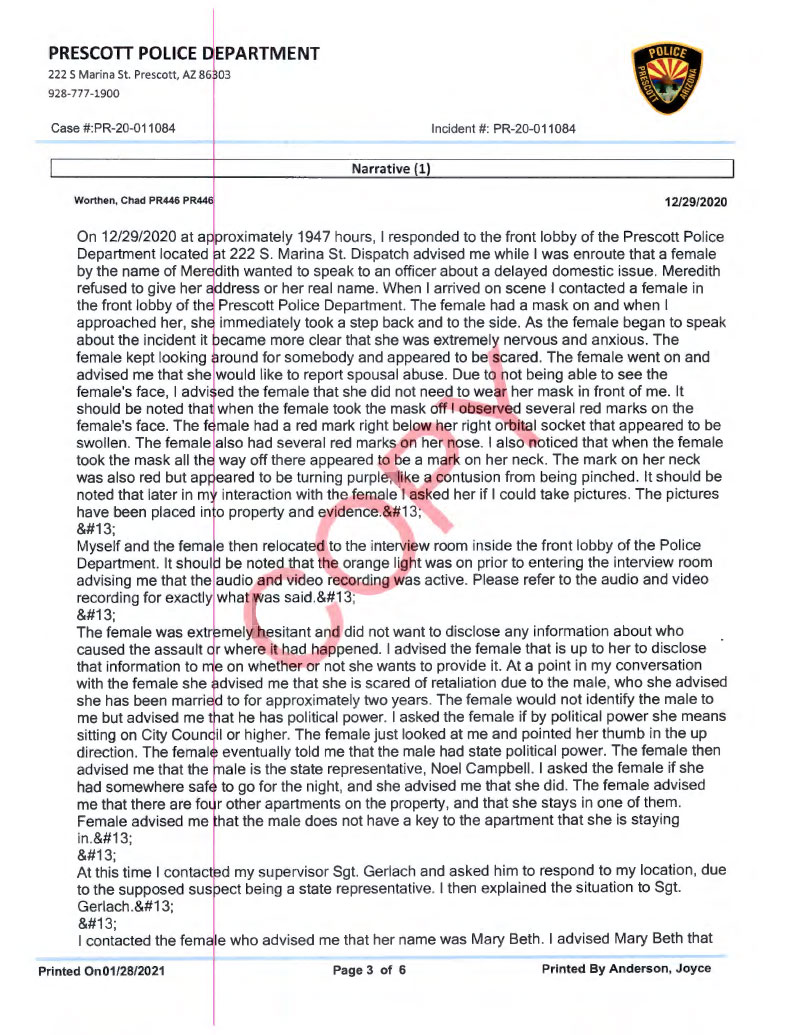 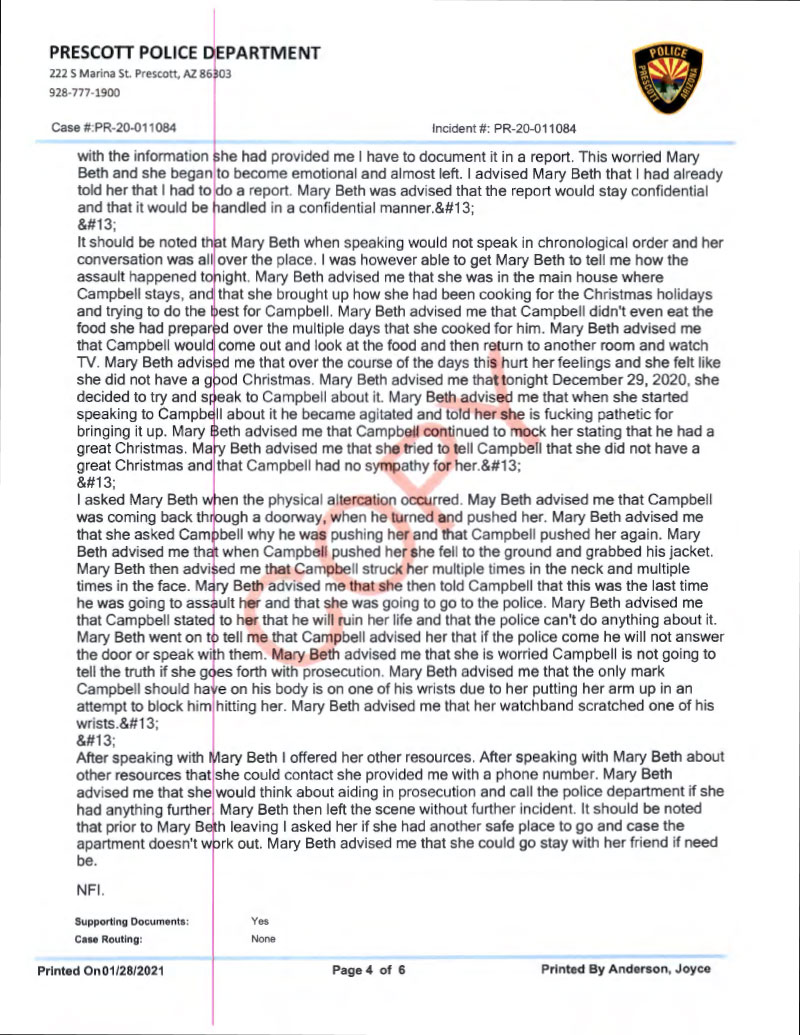 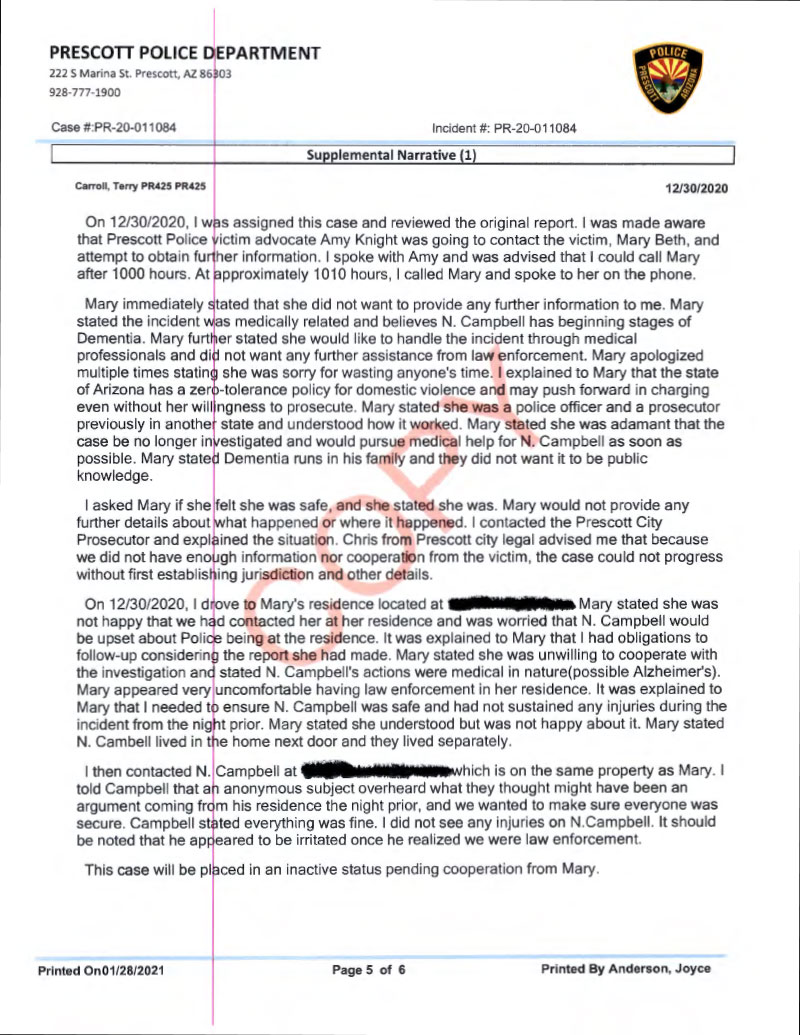 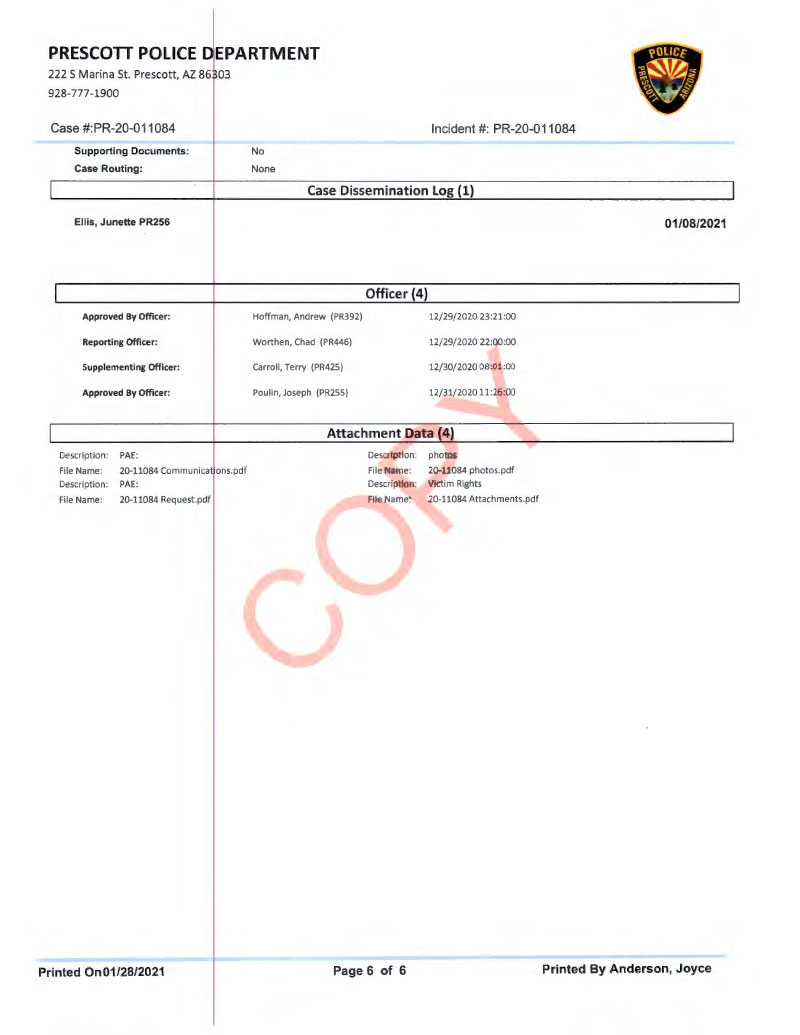 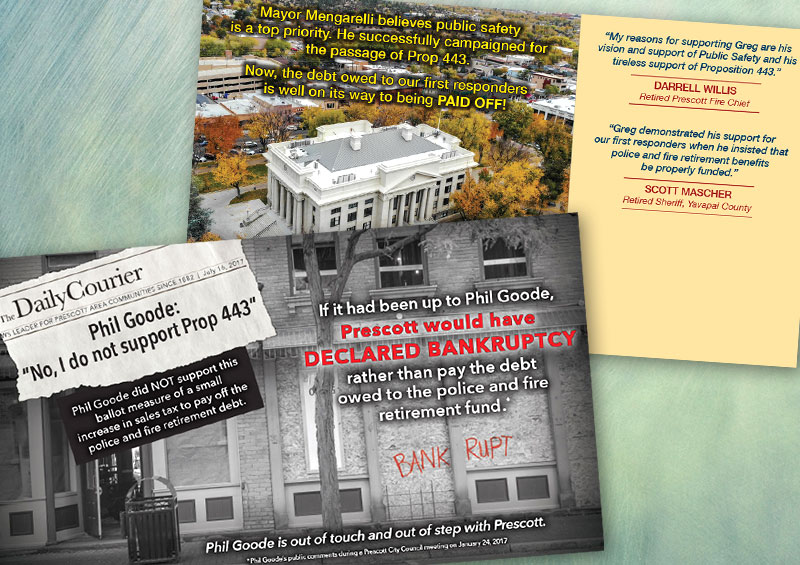