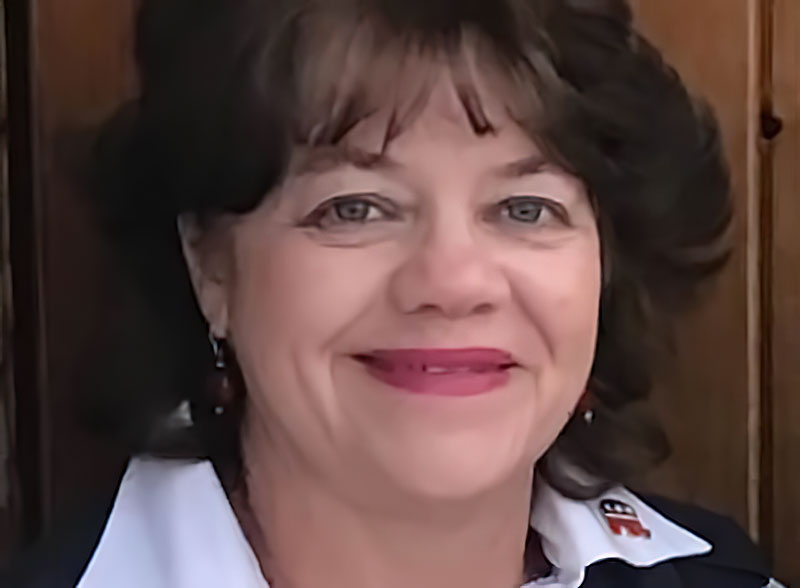 We will be providing you with the information from the candidate applications - one per day for the rest of the week.

Although asked, none of the finalists have been convicted or under indictment of any felonies or class 1 misdemeanor offenses, so we did not include their answers on that section. If they added a resumé or note at the end, we have included that, too.

The finalists will be interviewed publicly is a special Council meeting on February 16.

Have you been a registered voter in the city of Prescott for at least one year? Yes

How long have you resided in Prescott? 16 years

Briefly state your reasons and desire for wanting to serve on the City Council. Please include special interests, abilities, skills or contacts that could benefit the City Council:

I live in the historic area (downtown) and have owned 3 businesses in the Prescott area. I have been involved for many years in the Preservation and Economic Development of our beautiful city. In my professional career, I have started and operated 4 total businesses. All have been very successful. The skills that I have developed over a 40 year career serve as a catalyst to be part of a team for the betterment of Prescott. My background in construction and economic development and vision could be a benefit to the overall future direction we are moving in currently. 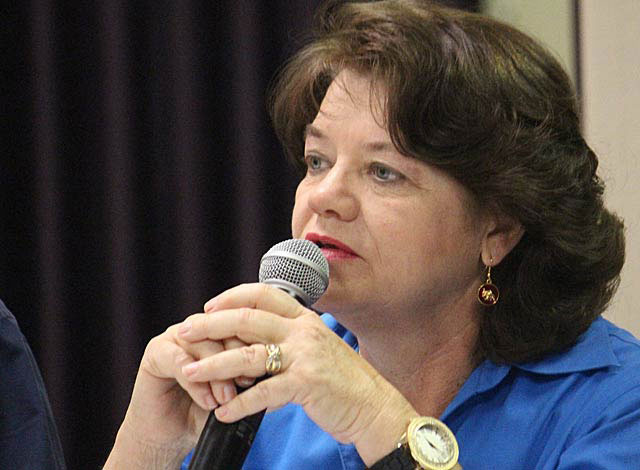 What civic and/or professional organizations are you presently involved with?

List your previous experience on a city/town council or advisory group/board/commission/committee in Prescott or elsewhere:

Describe your understanding of the function and purpose of the City Council:

My understanding of the function of the Prescott City Council is to understand the issues, both good and bad, that arise and provide guidance and potential solutions to resolve or enhance the City and it’s businesses and residents. The Council represents the taxpayers and residents and should vote for the betterment of the community.

State your understanding of the City Budget and the Budget process:

My understanding of the budget and its' process is to analyze the incoming potential revenue and expected expenditures, making sure the budget can be balanced. If there is extra money in the general fund, the Council, Mayor and City staff can participate in discussion of where monies should be spent, keeping in mind where the money is best spent for the betterment of the community. Items such as infrastructure, economic development, services should all be considered. The budget greatly affects the taxpayer and citizens of Prescott.

What is your vision for the City of Prescott over the next 10 years?

My vision for the city, for the future, is economic success, preservation of our historic past, keeping our millennial, controlled growth, enhanced infrastructure and working on our transportation issues. Emphasis on water preservation is also a concern. 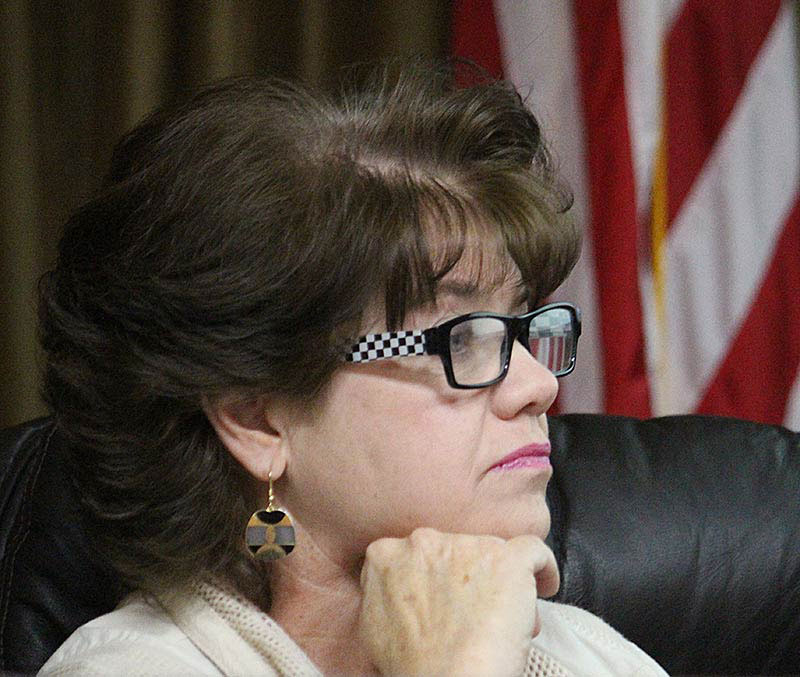 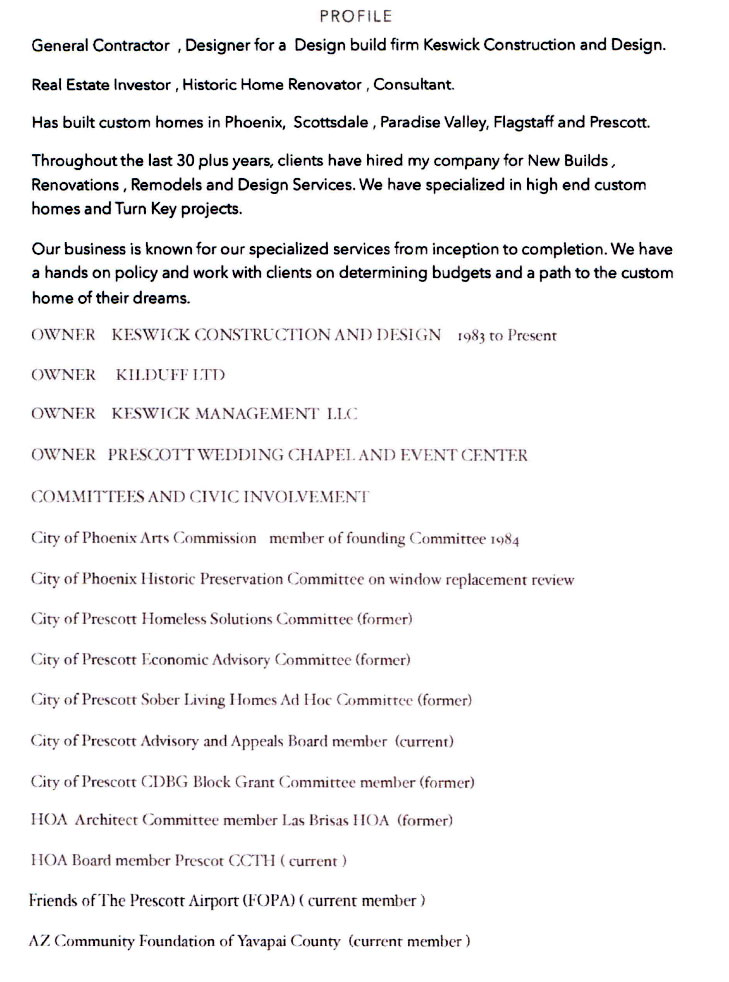